Taib Is Made A Monkey Of! 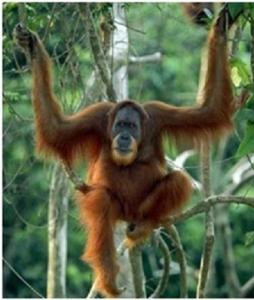 Taib’s PR people have pictured a foreign animal in their attempts to show how fond the Chief Minister is of saving Sarawak’s wildlife!

The greedy timber tycoon, who has spent his 30 years in office tearing down the Borneo jungle, is now making a belated attempt to pose as a champion of the environment.

But, this classic mistake has shown him up as someone who can’t even recognise his own country’s most iconic animal and top tourist attraction.

Doubtless stung by criticism, Taib has taken to commissioning articles that praise his ‘eco-awareness’ and his efforts on behalf of the Orang Utan, which is now all but extinct in Sarawak (thanks to him).

It is maybe because the animal is so nearly extinct, that this latest article showed their ignorance about what it actually looks like.  But, naturalists contacted us instantly to point out that the photograph they have used is of a Sumatran Orang Utan, not the dangerously threatened Borneo variety! 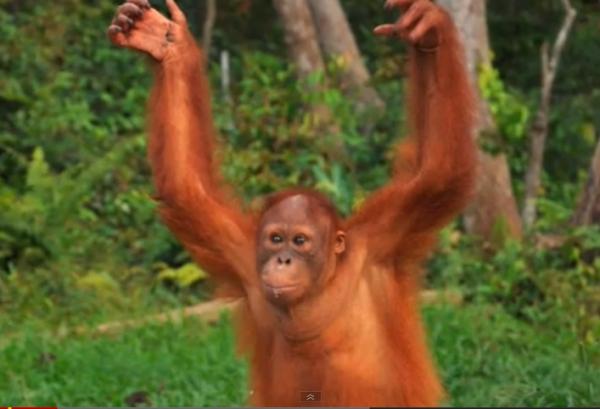 (By popular request) - For comparison a Borneo Orang Utan in similar pose. Naturalists say that the Sumatran's beard is one easily distinguishing characteristic!

The boob was featured in none other than the $5 million website that Taib set up to undermine Sarawak Report.  In a form of back-handed compliment, they even copied our name, ‘Sarawak Report(s)’.

A brainchild of the UK-based company FBC Media, the copycat site was supposed to come up with a brilliant campaign to counter our criticisms on corruption and to produce an ‘eco-friendly’ image for the dam-building, megalomaniac Chief Minister!

Yet they have ended up by demonstrating that he doesn’t even recognise Sarawak’s most iconic wild animal, whose environment has been destroyed by his own greedy logging. 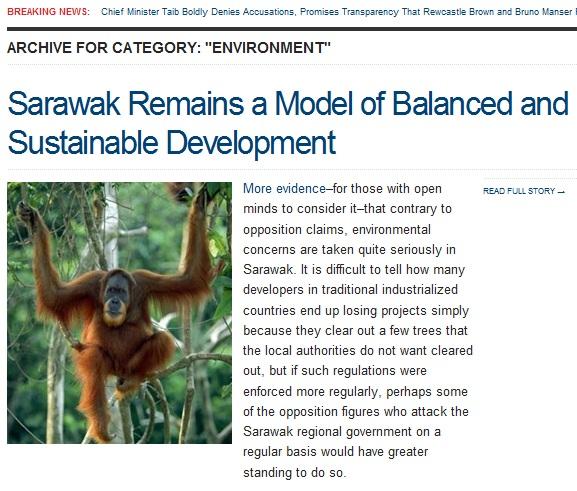 The article in Sarawak Report(s) makes little sense, but appears designed to show that Taib is a champion of the Orang Utan!

So it is time, surely, to fire FBC media, who have been internationally exposed as illegal operators, and time to give up on this website?  What use is a news blog that is so unpopular that it never dares publish its comments! 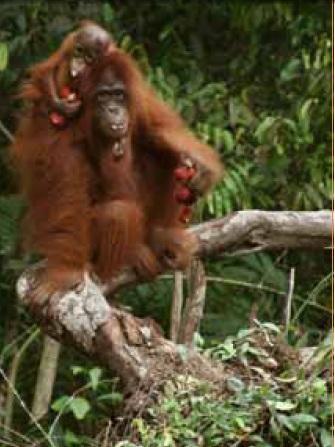