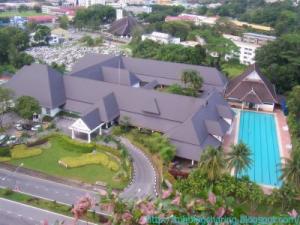 With Taib insisting he can only scrape together a miserable RM3.47million to alleviate all the hard core rural poverty in the state, it fairly beggars belief that he has felt it appropriate to generously donate land worth at least RM30million to the members of the Sarawak Club.

The Sarawak Club comprises all the richest people in Kuching. This is where his relatives and cronies like to hang out and enjoy the fruits of his favours, in the traditional surroundings of old colonial style verandas, bars and smoking rooms. 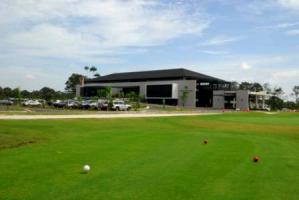 So why on earth has he handed these rich folk RM30million and only provided one tenth of that sum to help the starving people, who have lost their lands to so-called ‘development’?

After all, think how many water pumps and purification plants and generators you could install with RM30million.

The answer given in 2004, at the time of this generous donation of state land, was that it was only fair that the jolly chaps should be assisted in their ambition of developing a golf course!

The fact that the members had already rattled around in their pockets and come up with a thumping RM12million in loose change to go towards the project, which had been costed at RM24, was discreetly ignored. 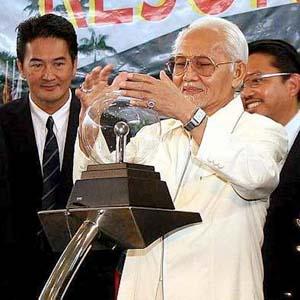 Taib officiates the opening of the Sarawak Club's Golf Club - announcing that Kuching should become an 'international golf hub'' ! Behind him is Club President, his brother in law Aziz Hussain

So, plenty of people have been wondering what has been going on? Indeed not a few of the members of the club are believed to be feeling pretty ashamed that they have been favoured with such charity from the state, when those who really need it have been left with so little.

Our investigations have yielded the information that the driving force behind the whole affair was the Sarawak Club Board at the time, which just happened to be packed with Taib cronies and own family members.

Take for example the President, Abdul Aziz Hussain, Taib’s brother in law.  Aziz has coincidentally (of course) excelled in both politics and business, having served as former State Secretary and also Head of Sarawak Energy. 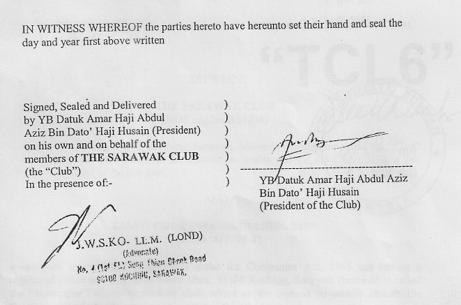 Also on the board was Taib’s current compliant State Secretary, Amar Abdul Ghani!  And, indeed, so was Victor Fong, brother of the Attorney General.

These were the movers and shakers behind the deal for the Sarawak Club, who decided that the state’s resources should be spent on their recreation, rather than food, education and health for the poor Sarawakians who lost their land to ‘development’. 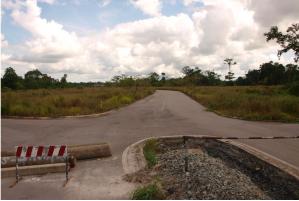 But the nature of the subsidy is even more odd.  Instead of just providing cash to the project, the State of Sarawak (by which we all know we mean Taib) elected to hand the Board sixty two acres of prime land for development next to the actual golf course.

The golf course itself is merely rented from land owned by Unimas.

The idea behind this peculiar scheme was, apparently, that the developers chosen by the board would be able to pay the cost of the project and take their profits out of the development of this land some time in the future.

What a strange way to pay someone!

After all, why not just hire the developers for an agreed fixed price after a competitive tendering process, like with any normal project?  The Sarawak Club already had RM12million to put down and they could have sold some of the land to pay the rest of the 24 million ringgit Liang Court were asking or borrowed the money.

But, of course these were Taib cronies at work and there was no such open competitive tending process in the selection of the developer Liang Court to do the job.  Liang Court estimated it would cost RM24million, but agreed to the strange deal whereby they would get part paid in cash and part with the acquisition of this valuable land.

Indeed, at one point the developers were anxious that the land might not be delivered by the State and demanded an additional agreement that if this was not the case then the Club would agree to pay a further sum of RM8million, making a revised down total of RM20million in cash (more like the actual cost of the course).

The deal was that the developers would be partly paid in land given by the state - Why?

These details have started to come out in court documents, because the Sarawak Club Board and Liang Court are now fighting over the completion of the deal.  But, for some time outsiders been wondering what on earth the details of this agreement could be and why the costing and accounts have not been made public? 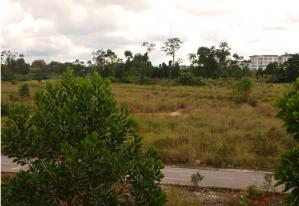 Prime land - why give it to the developer for only RM8-12 million when it is worth at least double that and probably more?

Why not indeed?  This was public land that was given and a lot of club members’ money went into the project. So both taxpayers and club members have a right and an interest in knowing exactly how these assets have been managed.

The concern is that at the moment the figures simply don’t add up.  Insiders calculate that the actual value of the 62 acres that appear to have been handed over to the developer, so they can recover the remaining RM8million owning to them, is at the very minimum some RM30million.

This means at least RM42million has been handed over for a RM20million job.  That is an apparent over-payment of at least RM22million!

And now that the land has been laid out and made ready for building, which was done as part of the golf course development, the actual worth is likely to be far greater still. In fact it has already emerged that the site has been divided into 90 separate housing plots.

So people are wondering who owns this land and where these excess profits have gone? 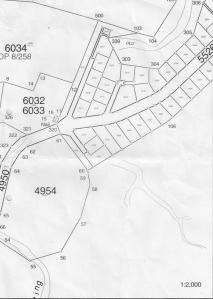 Divided already into 90 housing plots - but why won't the Land & Survey Department publish the owners ?

Is it that the Board has ended up fantastically overpaying the developers for the job, which would be extremely negligent on the part of such wise business leaders and politicians?

Or has this highly valuable land been handed out according to some further hidden deal, benefitting as yet unknown persons?

As one insider put it:

“We know this land has already been divided into some 90 housing plots. That can be seen in the Land Registry. We reckon that each of those plots should be worth around a million ringgit now, given this is a prime position near Unimas, near the golf course and near transport into Kuching.  But, what we don’t know is in whose names these plots are now registered!” 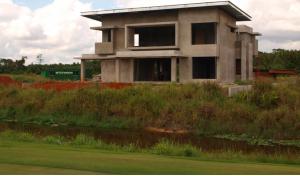 One reason everyone is so baffled is because the Land & Survey Department (headed up and controlled by Taib Mahmud) is refusing to follow the normal protocol of publishing the ownership of these plots.

The fact that the 62 acres have been divided up into 90 units can be accessed along with the official diagrams, but despite numerous requests the names of the beneficiaries are being kept secret!

How odd.  You would think that with such powerful people on the Board of the Sarawak Club, pressure could easily have been brought to bear on the lax authorities to publicise the current ownership of these lands.  After all, they were provided to the Board in trust by the state, in order to finance the golf course.  Surely the Board should want everything to be …. well above board?!

Or is it that the pressure has been brought to bear, but in the other direction, to keep things quiet? 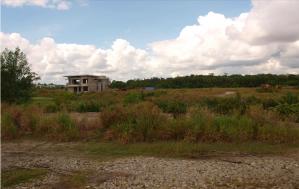 Who owns this house and how much is all this land being traded off for? Who has received the benefit of this public land?

In the absence of the proper information being made public, onlookers are being forced to speculate.  And it does not take a great deal of speculating to arrive at a series of possible conclusions as to what has been going on!

People can hardly be blamed if they are starting to wonder if some private agreement was reached over the disposal of the land, that was clearly worth far more than the cost of developing the golf course?

After all, why would such a group of talented and worldly-wise individuals as the Board Members of the Sarawak Club allow the developers to walk off with such a wealthy prize for such a comparatively cheap job?

President of the Board - Aziz has questions to answer

To prevent any further such speculation, these august individuals should do what they ought to have done in the first place and what uncorrupted organisations always do.

They should publish their full agreements with the developer, open up the accounts and also make sure that the Land & Survey Department immediately makes available the names of the people who are now registered as the owners of this valuable former state land.

Until such a time, the rest of Kuching and Sarawak are fully entitled to think the absolute worst of all the individuals who have been involved in this murky affair.

NOTE – This site cannot print comments than contain personal slander against individuals, although we are happy to receive factually based information about matters of public interest.  We are also being forced to take some measures against repetitive emails under different names from the same individuals.  Could these individuals try not to abuse our principles of free speech and play fairly, so that we can continue to accept their future contributions.