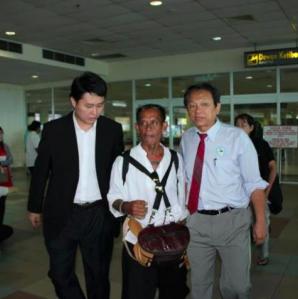 “We just hope it is the police and not Taib’s people”, one of Peter’s friends observed today. It was a comment that sums up the mistrust and fear in Sarawak.

The truth is that this afternoon no one can be sure what has happened to Peter John Jaban, known as Papa Orang Utan by listeners of the Radio Station Radio Free Sarawak.

He was flagged down from his car on the way from Miri airport into town at around 11am by 3 men travelling in another vehicle.  He went quietly, we presume on the assumption that they were from the authorities.

However, nobody knows if they really were and no one has heard from him since.  The Miri police have denied all knowledge of any arrest and there has even been speculation that he ‘went with friends’. 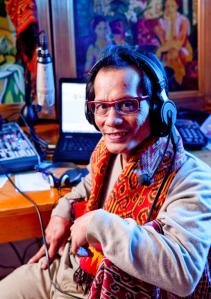 In custody or kidnapped by gangsters? - Peter John Jaban

To say that colleagues at Radio Free Sarawak and his family are worried is an understatement.  If he is under official arrest then there are fears that he may be poorly treated.  But, if this is some form of unofficial arrest, and certainly procedures appear not to have not been conducted properly, then those fears are magnified.

Many assume that Peter was abducted and this kind of arrest should not take place in a country run according to the rule of law.

However, as the hours have passed by without news, others are starting to wonder if such a development could have really have taken place ?  Maybe, it has been a huge misunderstanding, because even in Malaysia an arrest should be reported?

The radio DJ has been on vacation for the past weeks and had come back to Malaysia under cover in order to avoid threats that had been made against him by certain people in positions of responsibility, who have retaliated against criticism levied by the radio show.

He had been hoping to spend some time travelling and to enjoy the Gawai season with friends and family.  But, he was detained this morning at Kota Kinabalu airport as he attempted to fly Air Asia to Miri.  He texted colleagues to say he had been arrested and then photographed, his documents copied, before being escorted on to the airplane.

This communication was sufficient for friends and supporters to scramble together a waiting party for Peter’s arrival 40 minutes later at Miri.  The local Miri Branch Chairman of the opposition PKR party, Dr Michael Teo, had come to the airport with a lawyer, Alan Ling.

There were also several journalists there to register Peter’s arrival.  Dr Teo, speaking later to Radio Free Sarawak said that there was a large police presence at the airport and everyone expected Peter to be arrested.  However, either because of the potential publicity or because instructions were not yet clear, they seem to have refrained.  Peter was escorted out by his lawyer and the PKR representative. 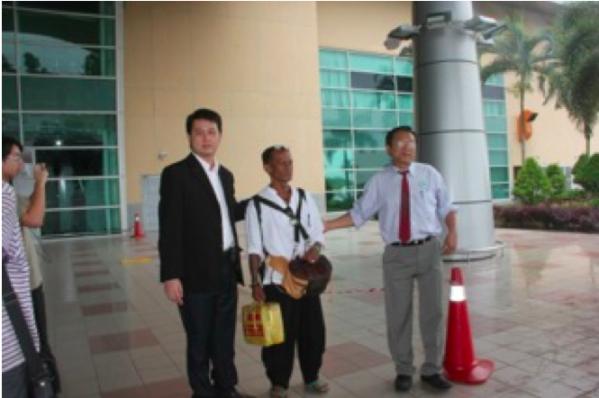 Filmed by reporters, Peter got out of the airport in Miri without being detained this morning

But, friends did not have long to celebrate Peter’s escape from the authorities.  It was soon learnt that the car in which he was travelling with Dr Teo was flagged down shortly after he left the airport and he was asked by three men to get out of the car and to accompany them.

“Peter just did as he was told” explained Dr Teo, who is still suffering shock in the aftermath of the traumatic experience.  “It happened so quickly that I didn’t really understand what was happening.  We had expected him to be arrested at the airport and I think he thought this was now the special branch people.  But, they did not identify themselves.  I just don’t know”.

The possibility remains that Peter Jaban had linked up with friends, who had come to meet him.  However, worried family members are wondering why his phone is still switched off and they have heard nothing.

Where is Peter and what are they doing to him?

Speaking up for the Ibans - Peter Jaban

Supporters of Radio Free Sarawak are now anxiously trying to find the DJ.  The opposition Assemblyman and human rights lawyer See Chee How has flown to Miri from Kuching this afternoon and is working with other lawyers to identify Peter’s whereabouts and secure his release.

Earlier today he explained that no one can be legally detained without charge for more than 24 hours and Peter should have been properly informed of his rights and given access to a lawyer at the time of any arrest.  The police officers (if they were police officers) should also have identified themselves.

However, this afternoon the Miri police claimed they were not involved in any arrest, which has raised concerns further about whose hands Peter has fallen in to or whether he has just run off in fear.

The radio presenter suffers from high blood-pressure and his family are extremely concerned about his health.  This afternoon PKR leader, Anwar Ibrahim, spoke out condemning any apparent arrest:

“The problem with Peter is he brought out corruption, abuse of power, land grabs, the threats against the Dayak Communities to the Radio Free Sarawak.  If BN do not agree with this they can answer back, but not abuse the police to stop or threaten him.  This is just more of BN’s dirty politics and is just an example of how many locals and foreigners are detained at Sarawak airports”

Anwar later requested the Home Ministry to explain why they are making use of the police force to put pressure on political opponents. 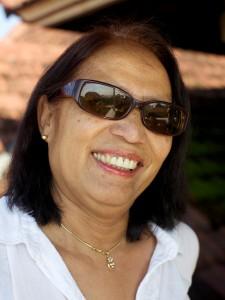 Fellow RFS presenter, Christina Suntai, whose own brother also suffered the indignity of arrest last year during a land grab dispute (which he later won) has also spoken out.

“If anyone is perceived as a threat to the present government, whether they are fighting for their land or the right to speak out, then they use the police against them and find some way to accuse them of a crime”, she said. “However, the people in BN, who are in power, get away with all kinds of crime and no one does anything she said”.

We will update this developing story.