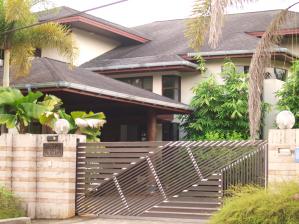 Profits of office? James Masing is just one of the BN YBs with unexplained wealth

The huge homes belonging to Taib Mahmud’s political allies is one of the unanswered and glaring issues in Sarawak.

How come so many ministers and YBs, who started on their political careers with no wealth at all, have ended up living in such style, when the salaries for public office are quite rightly modest?

There is no ban on a rich man seeking election. However, no one should exploit their political position to make themselves rich.  It is this form of corruption that has destroyed Sarawak.

Masing, who is the Iban leader of the PRS political party, a key constituent of Taib’s BN coalition representing UMNO’s control of the state, is by no means the only example of these flash homeowners.

However, we are entitled to ask where did he suddenly obtain the money to buy this gracious residence in the middle of Kuching’s smartest neighbourhood? 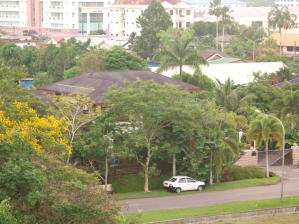 Masing moved into the two acre site off Jalan Ong Tang Sui around a decade ago from a much more modest semi-detached house in Lorong 17 Jalan Stampin.

How had a career on a relatively modest salary of around RM8,000 a month for a member of the Sarawak Assembly and local minister paid for this grand move?

The plot, which is walled off from the road and surrounded by pleasant gardens is worth some RM2 million alone at today’s prices!

Visitors relate that the house itself is large with two impressive reception rooms and bedrooms above. They say that it is lavishly furnished with carpets and expensive leather furniture:

So, where did the money come from?

The key to Masing’s unexplained wealth may possibly be found in his pivotal position as the Minister for Land Development, whose primary role is the ‘development’ of NCR lands.  The top target, according to the Ministry website, is plainly to encourage NCR land owners to transform their lands into oil palm plantations and to help private companies get involved in these joint ventures. 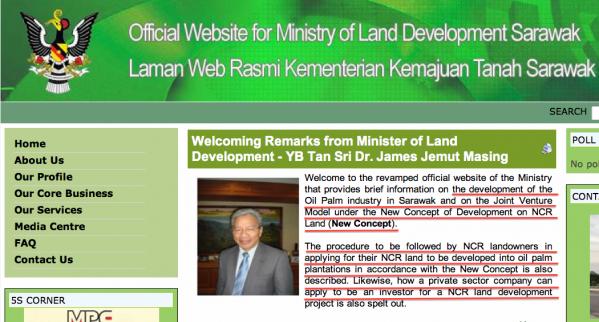 Masing has often made clear his enthusiasm for the conversion of forest and NCR lands into oil palm, even when it means ‘alienating’ the land from its rightful NCR owners.  Already a million hectares of Sarawak rainforest has been converted and Masing is calling for a million more to be turned to oil palm by 2020.

However, the benefits to local people have been hard to detect.  Years after giving up their lands few of the native ‘Joint Venture’ landowners have received more than laughable sums of money from these plantations and many have received nothing at all in return for their valuable lands and timber. 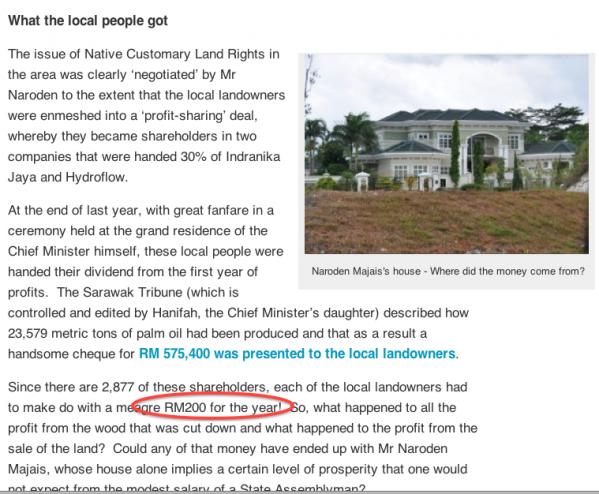 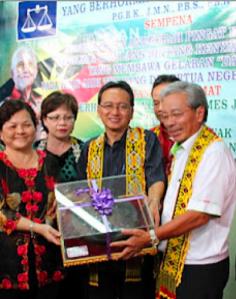 Meanwhile, Masing himself has been caught out in at least one highly embarrassing attempt to profit personally out of the so-called ‘alienation’ of Native Customary Lands belonging to his very own constituents!

Sarawak Report has recently exposed this scandal, showing how he and his party deputy, Mong Dagang, attempted to secure tens of millions in kickbacks as they negotiated the ‘Joint Venture’ between their own native constituents and private companies seeking to convert their lands.

The pair were demanding RM1,000 per acre for 70,000 acres from companies interested in taking up the deal, a demand that Mong blatantly laid out in a notice for prospective company investors, which he then signed!

Masing’s interest in the deal was represented by his brother, who was to be the named recipient of the money.

Now that is the sort of profit that can buy you a grand house, although Masing has since denied that his attempt at securing this multi-million ringgit kickback was successful!

The opposition lawyer See Chee How is currently representing James Masing’s disappointed constituents who are suing in this case, because this “Joint Venture” was pushed through despite the fact that over 50% of the native land owners had voted against it.

No surprise that 6 years on and none of the native “joint venture partners” have received any profit from the development that their local YB and Land Development Minister forced upon them at the same time as he was trying to secure kickbacks for himself!:

”They tell the people ‘let the LCDA develop your land and you will get 30% of the joint venture and profit’. However the people were not told about this huge kickback. Under the joint venture that money should have been shared among the people, not paid to nominees of the very politicians who were talking them into the scheme!”[See Chee How, lawyer for the NCR landowners] 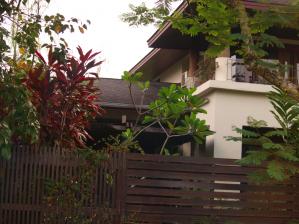 “I was paid with a cheque from Rimbunan Hijau”! says a contractor on the Masing Mansion

However, if Masing did not receive the money that he had been attempting to get in kickbacks from this NCR land deal, how else could he have gained the money to pay for his house?

We have of course identified the lucrative Belian concessions and Approved Permits for selling cars that have unaccountably been handed to his wife.

Also there are the equally handsome public construction contracts that have also been handed to companies in which his wife is a shareholder.

These are all profitable favours from the state, which should never have been handed legitimately over to a politically connected ally of Taib Mahmud.

On the other hand information brought by contractors on Masing’s house to Sarawak Report indicates yet another method by which the Minister may have afforded to build his luxurious new home.  They have testified that their payment for the work came in the form of a cheque from one of the largest timber and oil plantation companies in Sarawak, Rimbunan Hijau!

Rimbuanan Hijau has been one of the major converters of NCR lands to oil palm plantations in the state.