How Taib's Naughty Cousin Hamed Is Defying The Law In Liberia! 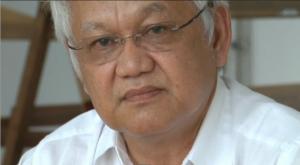 Naughty – Hamed Sepawi has been up to no good in Liberia

The Chief Minister’s cousin, Hamed Sepawi is one of Malaysia’s richest men.

He has achieved this status due to the lavish handouts made to his various companies by the State of Sarawak, thanks to decisions by Taib himself.

Hamed has received vast timber and plantation concessions and huge contracts, through Tan Ann, Sarawak Plantation, Naim Cendara and Grand Perfect, to name just some of his 84 major companies.

All these favours were granted mysteriously, without competition and with no clear information about the payments that ought to have been made to the state.

So, no wonder Hamed is so immensely rich and no wonder he is regarded as one of Taib’s key front men in business.

Defying a presidential decree to export wood from Liberia 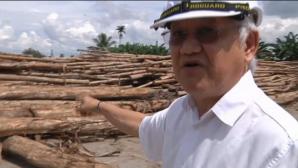 Plenty more where that came from!

But it turns out that Hamed’s wealth from Sarawak is not enough for him.

He has been spreading his tentacles into the other remaining tropical hardwood areas around the globe and buying his way into areas where governments and environmentalists have been desperately trying to protect threatened forests.

Such regions include Tasmania, where his company is threatening the conclusion of a key Forest Agreement and Liberia.

This month his company Atlantic Resources Limited was commanded by presidential decree to stop logging the huge concessions that it corruptly and secretively acquired in Liberia by abusing so-called Private Use Permits, which are intended for domestic use by native communities. 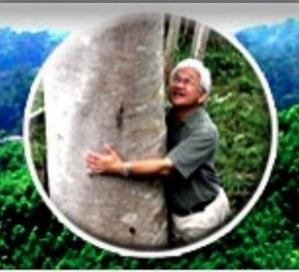 Sepawi loves trees – but only when they are chopped down, sawn into plywood and turned into hard cash.

A ban in August had already forbidden the export of any of the timber logged from these concessions.

However, the very naughty Hamed has gone ahead and flouted the decree.

Just before Christmas the NGO Global Witness revealed Hamed defiantly exported millions of dollars worth of the ill-gotten timber on two ships, which arrived in India in mid-December.

It turns out Sepawi was exploiting confusion among law enforcers in Liberia as to whether they could apply the ban to wood allegedly cut before the President made her decree in August.

That way he has managed to cash in the valuable timber before the investigation into how he acquired what in many cases appear to be forged permits.

Like in Sarawak, Global Witness has pointed out that the main victims of this latest manifestation of Taib family greed will be the people of the state and the global environment.

“Atlantic Resources appears to be deliberately ignoring the President’s orders and exploiting weaknesses in the Liberian government,” said Gant. “It stands to earn a fortune by selling Private Use Permit timber on the international market, but the Liberian people will see little benefit and the forests are likely to be wiped out“[Jonathan Gant, Global Witness]. 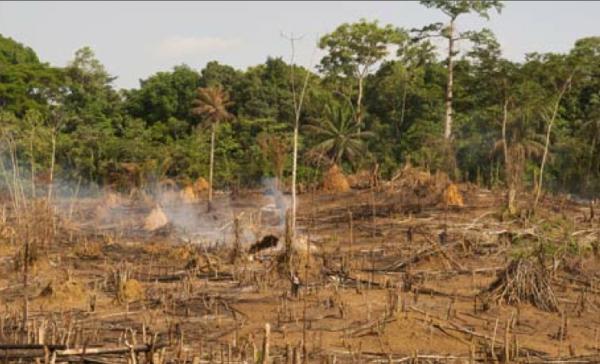 The same fate is being meted out in Liberia as in Sarawak and by the same family of Taib Mahmud. Sepawi was planning to replace the region with oil palm 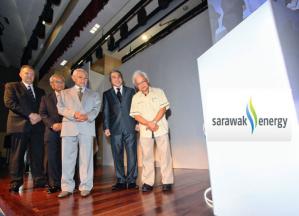 The revelations in Liberia have also opened up further serious questions about the full extent of the Taib Mahmud family’s hand in glove dealings with the logging giant Samling, to whom Taib has given huge areas of timber in Sarawak.

Official investigations show that Sepawi’s Liberian company, Atlantic Resources, received a massive $60 million dollars from Samling to bankroll its acquisition of further massive timber concessions in the state (the concessions acquired by these Malaysian concerns now cover a quarter of the entire landmass of Africa’s most forested country).

And yet Samling has no interest or shareholding in the company!

Instead, the key owners of Atlantic Resources are the two  major shareholders of the company Perkapalan Damai Timur Sdn Bhd (PDT).  These are Sepawi himself and Wan Morshidi bin Tunku Abdul Rahman, who is known to be a nominee of Taib’s uncle the former Chief Minister, Tun Ya’kub. 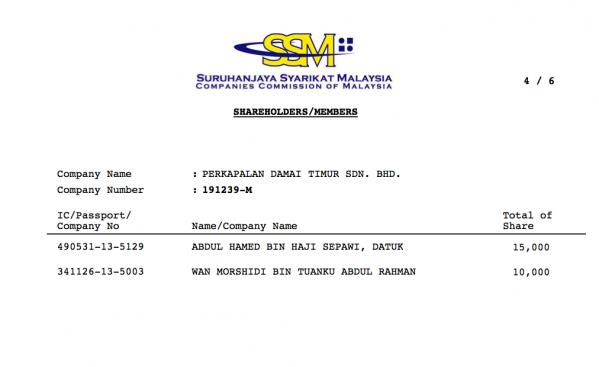 Kickback? – why are the nominees of the two Mahmud family Chief Ministers, Taib and Tun Ya’kub being bankrolled by Samling in their logging operations in Liberia?

The question therefore has to be asked, why is Samling giving Atlantic Resources $60 million if it does not stand to profit from any shareholding in the company?

Could this very generous support be a kickback for all the permits that Taib has offered to Samling in Sarawak, just like the two mansions offered by the company to his own family in Seattle USA?

Taib has just denounced the radio station Radio Free Sarawak for being “illegal” and “naughty”.

But all this looks very, very naughty indeed.