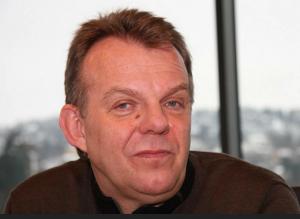 Chief Minister Taib Mahmud’s Norwegian side-kick, Torstein Dale Sjotveit, is clearly worth every penny of his $4million plus salary each year.

As the CEO of Sarawak Energy, he has proved happy to support and promote every plan the Chief Minister puts forward, even when it involves pouring public money into Taib’s own family companies (which all Taib’s plans invariably do).

The latest move is to open up Sarawak’s coal reserves with the view of selling them off as fast as possible, doubtless to big consumers like China and India.

So, no surprise that Sjotveit is the key Director placed in charge of Sarawak Coal Resources Sdn Bhd, which has been created as the vehicle behind the venture. 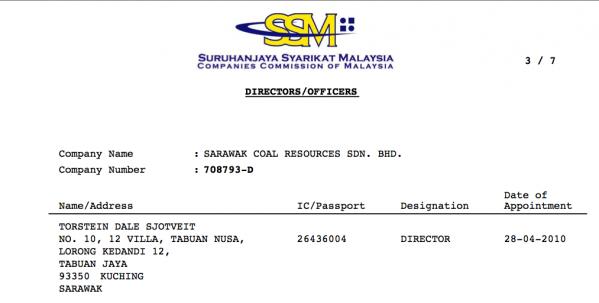 The announcement this week was couched in typical Taib terms.  The Chief Minister, come Finance Minister, come Resources Minister declared a joint initiative by the State to be conducted with private companies (yet to be announced) to start digging out and flogging Sarawak’s hugely valuable, but environmentally destructive resource.

“By coincidence, we have 0.5 billion tonnes of coal reserve in the state which is good enough and it just fits our plan very beautifully”, he said.

We all know by now how Taib manages these ventures, so as to beautifully enrich himself.  The finance will come from the taxpayer via the state investment and the profit will go to the private companies, which will belong to his family.

All the accounts, of course, will be shrouded in mystery, so that hardly any money from this resource will ever find its way back into the public purse. 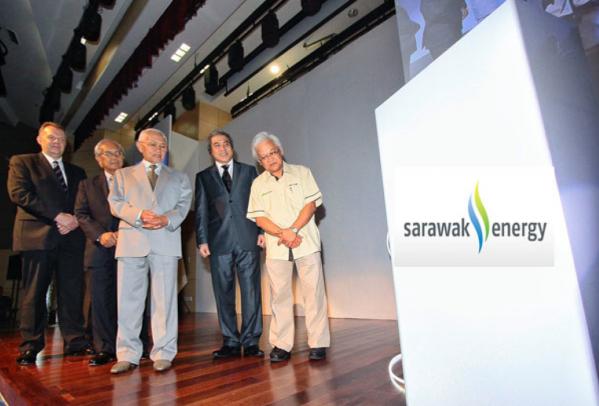 Sarawak’s key players in energy. Hamed Sepawi (right), who Chairs SEB and represents Taib’s (centre) family interest, Jabu and Tengah, his political side-kicks and the guy who does the work – Torstein Dale Sjotveit

But, the question everyone is now asking is where does this leave all those claims for years and years that the destruction of Sarawak’s rivers for mega hydropower projects was justified because the “sustainable and renewable” energy would save Sarawak from the pollution of fossil fuels?

That was the excuse that the likes of Sjotveit have used time and again.

Look at how Hydro-Tasmania, the company Sjotveit employed to guide the dam projects, described the situation just a few weeks ago, before it started pulling out its staff: 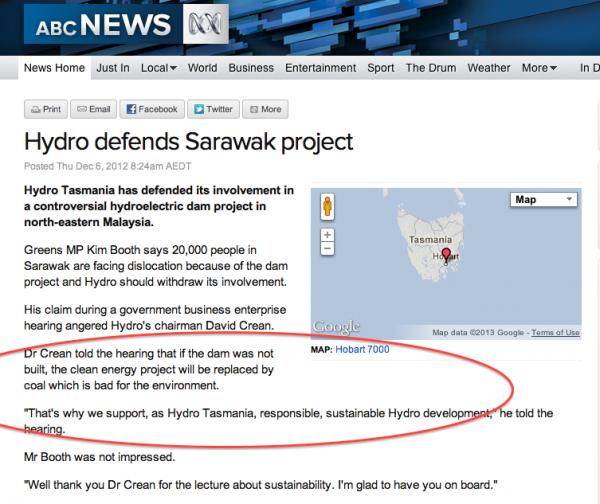 If we didn’t build these dams, then Sarawak would rely on dirty coal. Ooops! Taib is digging up the coal anyway!

Now it turns out that Taib is digging up that coal anyway.  What a surprise this is not! 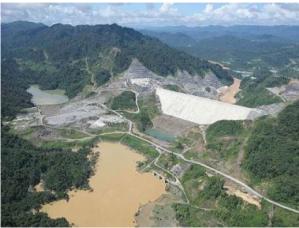 Sarawak is suffering a power glut, not a power gap! This coal is surely for export not coal-fire stations.

Particularly interesting is the confusion in the arguments that Taib has been bringing forward to attempt to justify his naked grab at Sarawak’s .5 billion tons of coal.

While all the talk for months has been about how the State has been hard put to find enough industries to use all the hydro-power that is now being produced by Bakun, Taib yesterday tried to imply that there was some kind of “power gap’ that needed to be bridged by coal-fire stations.

He made out there was an electricity shortage for the as yet non-existent industries planned under the SCORE programme.

But, in fact, everybody knows both Bakun and the far older Batang Ai dam are working on a fraction of their full turbo-power at the moment, leaving Sarawak with huge volumes of potential energy that it cannot possibly use up.  And this is even before the nearly finished Murum Dam comes into play.

The problem is a power glut, not a power gap, yet the BN newspaper the Borneo Post was carrying the plainly ridiculous argument without comment yesterday:

“The gap in power generation from hydro resources will be filled by having more and more coal-fired power plants in the state”.[Borneo Post]

This despite the fact that under the present plans Murum Dam will be finished in months, far quicker than any new coal fired power station could ever be built.

In fact, within the very same speech the Chief Minister made plain that his real intention is not to build coal fire stations in Sarawak, but to export this valuable resource to the burgeoning economies of China and India which are building coal stations each day to pollute the planet.

“The government, he [Taib] said, had established a holding mining licensing company to attract operating companies to exploit coal resources in the state on a production sharing basis.  He said the partnership would enable them to charge a minimum price for coal while allowing the operating company to sell its coal at the prevailing market price only for export“, [Borneo Post].

So there we have the actual ‘beautiful plan’ in a nutshell.  This is not about producing energy inside Sarawak it is about the state allowing some favoured companies to purchase coal at a minimum price and then to sell it for export at the full market price!

No guesses as to whose companies will get those operating licences.  The entire arrangement ensures that all the profit will go to those private companies and not to the state itself or the people of Sarawak. 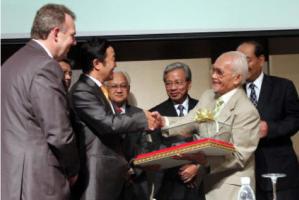 If these are dirty plans that Taib is making as he sets about exploiting Sarawak’s coal reserves, Sjotveit, will have to answer for them to the international community, which includes his home government and its strict anti-corruption laws.

The SEB head is already caught up in the corruption surrounding deals with Taib companies involved in Sarawak’s hydro-power projects.

Taib’s family firm CMSB has been in receipt of major construction contracts from SEB and his son’s company Sarawak Cable has mopped up the lucrative transmission contracts, for a start.

And of course Taib has been getting his cut from all the major investments that have been granted licences under SCORE, including OM Holdings‘s aluminium plant and the ill fated Rio Tinto Alcan venture, which fell through after we exposed the 40% equity of CMS in the project.

What ought to happen is that any programme of coal extraction should be explored and discussed openly in parliament with an open tender negotiated for any company to receive such a licence.

But Taib clearly thinks he can hand out coal licences just like he handed out Sarawak’s first land based oil licence last month to Rimbunan Hijau, his crony in the timber and oil palm business. The corruption is blatant.

In case anyone imagines we are exaggerating the danger of Taib exploiting his position to snatch control of this planned exploitation of Sarawak’s coal reserves, let us consider the existing situation.

Who do we think built the brand new coal fired station already built at Mukah for example, which has been causing endless trouble for surrounding villages since it started up in 2009?  Well, of course it was CMS, the Taib family company and the Director of the plant is none other than Torstein Sjotveit, once more. 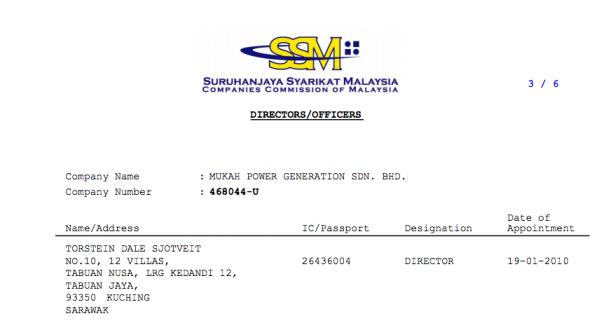 Handing out all the projects to his political boss ?

And who has been getting coal mining licences up to now in Sarawak?  Well the same old cronies of course – Taib’s family and business partners such as WTK.

In one case the scandal surrounding the deaths of four workers (foreign of course) in an explosion last year drew attention to the appalling safety and environmental record of the Luckyhill Mining Company, which has endangered and polluted surrounding longhouses and their rivers in Pantu.

Who are the owners?  WTK and Taib’s sister Zaleha, along with other political insiders.