Cyber Mania And Radio Jamming - BN Falls Back On Cheating! 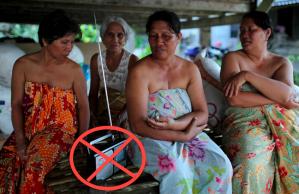 Dangerous for the ears!

BN have effectively acknowledged that they have to cheat in this election and cannot afford the opposition view point to be heard by voters.

Over the weekend they have spent large sums of public money launching full-scale attacks on Radio Free Malaysia and Radio Free Sarawak.

They have both attempted to jam their broadcasts and tried to knock out their online websites, with limited success so far.

On Saturday they attacked the Medium Wave RFM (Radio Free Malaysia), which broadcasts on 1359kHz with this noise in the hope of jamming the show, but achieved limited range.

Likewise they have been attacking the Short Wave RFS (Radio Free Sarawak) over the past days by arranging for jamming broadcasts to be put out on the same frequency 15430kHz. Again this project has had limited effect and steps have been taken to locate the origin of the disruption.

Both sets of jamming are illegal to carry out and form an expensive use of taxpayers’ money. 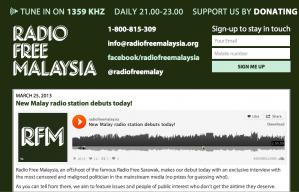 At the same time ‘cyber-warriors’ have been commissioning coordinated DDOS (Distributed Denial Of Service) attacks on the sites of Radio Free Malaysia and Radio Free Sarawak, in order to prevent people listening to the shows online.

This is again expensive and illegal.

It is also a clear sign of desperation and weakness on the part of BN, who seem terrified that listeners might hear things that have not been approved by them.

Both websites recovered and came back online, only to be attacked again. They will continue to recover, indicating that this exhibition of shameful behaviour has been counterproductive.

You can also listen to the radio stations on Sound Cloud

Our websites are currently being re-configured to resist further attacks. Meanwhile, we are also pleased to be able to direct online listeners to Sound Cloud, where they can still get the shows during any period of disruption.

Radio Free Sarawak can be accessed at https://soundcloud.com/radiofreesarawak

Radio Free Malaysia can be accessed at https://soundcloud.com/radiofreemalaysia

BN are welcome to spend the rest of their election ‘war chest’ (largely financed by illegal timber kickbacks, as they have themselves now admitted) by trying to bring down Sound Cloud, which would of course enrage the rest of the world.

Sign that BN can’t afford any contradictions to their relentless propaganda? 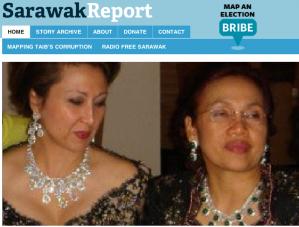 Too dangerous or no defence?

These attacks on RFS and RFM are in addition to numerous recent attempts to bring down this Sarawak Report site.

Today, Saturday Sarawak Report fielded seven attacks alone, all with the aim of wiping out the information on the site.

After all, this ruling political party has grabbed total control of all the newspapers and broadcast media in Malaysia over its period in office, corrupting what was once a free press.

And they have proceeded to abuse this authority to produce relentless propaganda in favour of their regime.

Yet, despite this wall to wall support and despite the fact that they refuse to give the opposition any airtime or newspaper coverage, they are running in terror from two hours of independent radio broadcasting designed to bring listeners a different viewpoint.

“Getting rid of RFM” is a “top Priority”! 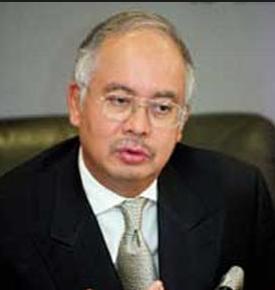 Najib Razak – running from the debate?

Information leaked last week from cabinet meetings revealed that to “get rid” of Radio Free Malaysia has been made into a top BN priority!

To which our response is how pathetic and weak and fearful must Najib Razak be, that he flatters our small scale operations with such an exaggerated response.

Has BN lost all confidence that it dare not argue back, but would rather just wipe out the tiniest voice of dissent?

It seems that BN simply dare not allow information about the scandalous corruption by government ministers; the huge sums of money that are currently disappearing out of the country’s finances into mysterious foreign bank accounts; the rigging of election registers; illegal contracts and concessions; land grabs or the volumes of other information about downright criminal behaviour by members of their BN government to be made public.

Neither do they want to give a right to reply to opposition figures, in response to the extraordinary accusations being made by BN on their licensed media platforms against them.

The only conclusion is that BN dare not allow open and free debate, because their record is so corrupted and disgraceful that they know they cannot defend it.