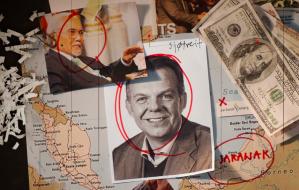 An investigation by the Swiss NGO the Bruno Manser Fund (BMF) has revealed that Sarawak Energy’s Nowegian Chief Executive has handed more than US$220 million worth of contracts to companies controlled by the Taib family.

BMF therefore slams Torstein Dale Sjotveit as being “complicit” in Sarawak’s political corruption and has demanded he be sacked.

The release of the damning information in a report entitled “Complicit in Corruption – Taib’s Norwegian Power Man” comes at a high profile and sensitive moment, on the eve of the International Hydropower Association’s (IHA) Conference in Kuching this week.

Torstein Dale Sjotveit is a recently appointed member of the Board of the association and BMF says that in the light of clear information that the Norwegian has favoured the Taib family with so many enormous contracts he should be removed.

With the Sarawak hosts embroiled in such an embarrassing scandal over corruption it makes for a very awkward conference for the international guests, who are also confronted by the protests of indigenous people against these plans.

Sjotveit was brought into Sarawak on an enormous salary of over a million dollars a year to manage Taib’s grand plans for a vast industrialisation project based on 12 mega dams, possibly 50 dams in total. The NGO says he has done nothing to improve the problems with SCORE.

“In November 2009, Norwegian national Torstein Dale Sjøtveit was appointed CEO of Sarawak Energy, a state-owned Malaysian power supplier. Mr. Sjøtveit has failed to reform the corruption-ridden energy sector in the Malaysian state of Sarawak and has made himself instrumental in the implementation of SCORE, a highly controversial industrialization and hydropower scheme for which Sarawak’s indigenous peoples will have to pay a heavy price”[Complicit in Corruption, Bruno Manser Fund].

The report also points out that on taking over as COE of the state owned company he has overseen the  granting of $220million in contracts to Taib companies, namely Sarawak Cable, Naim Holdings and Cahya Mata Sarawak.

“Mr. Sjøtveit has failed to satisfactorily explain these public contracts and is refusing to disclose the finances of Sarawak Energy’s hydropower plans to the public”, the NGO states and it condemns what it describes as “the Norwegian’s supporting role for the regime of Sarawak’s Chief Minister, Taib Mahmud, one of Asia’s longest-serving and most corrupt politicians”.

BMF therefore demands the following nine action points, which includes the removal of Taib’s cousin and well-known proxy Hamed Sepawi from his post as Chairman of SEB and a proper disclosure of the accounts relating to the $30billion which have apparently been raised so far to fund this SCORE project.

Torstein Dale Sjøtveit is asked to resign from his post as CEO of Sarawak Energy.

The International Hydropower Association is asked to disassociate itself from Sarawak Energy and to remove Mr. Sjøtveit from its board of directors.

Sarawak Energy is asked to sack the Chief Minister’s cousin, Hamed Sepawi, as its chairman and to stop all business that directly or indirectly benefits the Taib family.

Sarawak Energy is asked to publish and explain all the contracts granted to private companies in Sarawak during the last five years.

Sarawak Energy is asked to disclose the detailed finances of SCORE and all its hydropower projects in Sarawak.

The Malaysian Government is asked to give the MACC a free hand and full political backing in investigating the Taib family’s corrupt businesses in Sarawak.

Økokrim, Norway’s anti-corruption agency, is asked to investigate Mr. Sjøtveit’s finances during his tenure as Sarawak Energy CEO and the compliance of his conduct with the Norwegian anti-corruption legislation.

The international community is asked to shun Sarawak Energy (and SCORE) for its deep involvement and complicity in corruption. 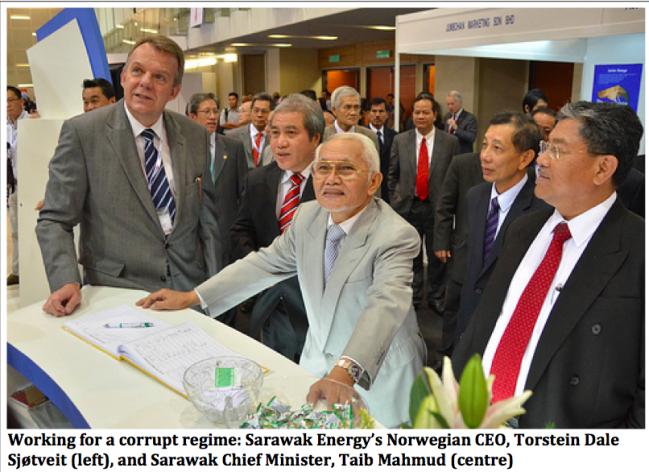 These demands reveal a growing trend in the actions that are being initiated against Sarawak’s notorious Chief Minister, in that they seek to invoke not only Malaysia’s own federal anti-corruption agencies, but international instruments as well. 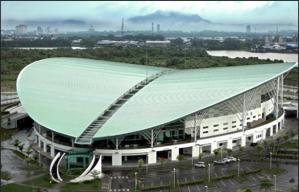 Built by Taib’s company CMS and run by sister Raziah Mahmud – the Borneo Convention Centre where delegates will be enjoying a luxurious meeting this week, while indigenous people protest outside

As a Norwegian national Mr Sjotveit is subject to his own country’s anti-corruption laws with regard to his conduct in other states, like Sarawak.

It can only put pressure on him and other ‘foreign helpers’ involved in Sarawak’s blatant graft.

The report says that the Norwegian has worked hard, bringing in foreign experts and joining SEB to international organisations like the Hydropower Association. However he has carried out none of the proper procedures to establish whether the destructive dam projects are necessary or desirable.

The conclusion is that his activities have constituted mere window dressing and greenwash for a series of mega-projects that are as corrupt and unjustifiable as ever.

This report will add to the red faces at the conference. 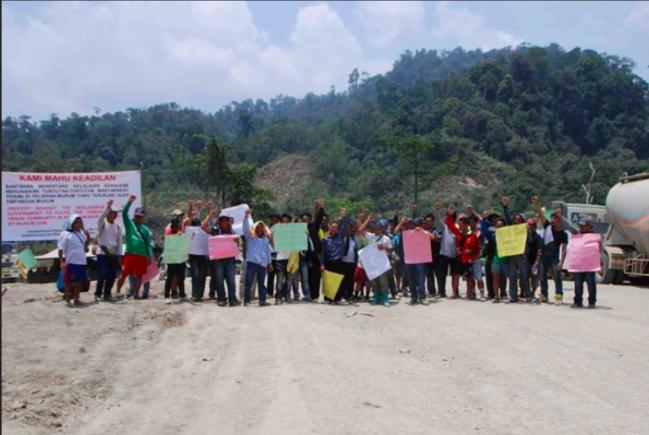 The poor protestors whom the well healed executives at the International Hydropower Conference should not forget this week as they plot to flood great areas of Sarawak’s native lands.