Cameron's Conservatives Should Show Caution Before They Suck Up To Najib 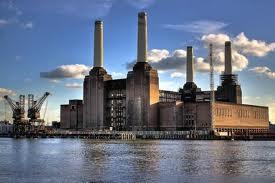 Relations between the UK and Malaysia should naturally be warm.

However, as Prime Minister Najib Razak makes his way towards the UK this week, David Cameron’s welcome party should concentrate on that friendship with the Malaysian people, rather than selfish financial opportunities.

After all, Najib represents a discredited minority government, which everyone knows would have been obliterated at the recent election, were it not for the massive fraud and bribery that has been impossible to conceal.

The British should therefore be supporting the Malaysian people in their struggle to establish genuine democracy, 50 years after elections were first introduced, rather than flagrantly chasing investment from this corrupted regime.

Of course, faced with endless humiliating exposes over BN’s corruption at home and protests on the streets, Najib will treat this foreign trip to the UK as welcome PR. 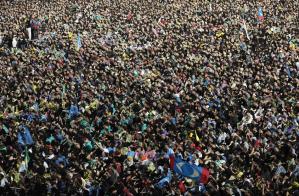 Millions of Malaysians have protested over their cheated election, human rights abuses and BN’s grand corruption. The UK should take heed.

But, Cameron should not be turning a blind eye to the situation or begging for BN’s dirty money, which has been grabbed at the expense of ordinary Malaysians.

The UK government will be doing the Malaysian people no favours if they bolster and whitewash this tainted figure. And if they do, it will surely come back to haunt their integrity, just like the Pergau Dam arms for aid scandal haunted Margaret Thatcher.

Beware of the influx of black money

Signs are not promising, however.  All we have seen so far has been a tail-wagging enthusiasm from this current British administration, eager to muscle in on any business or investment it can, few questions asked. 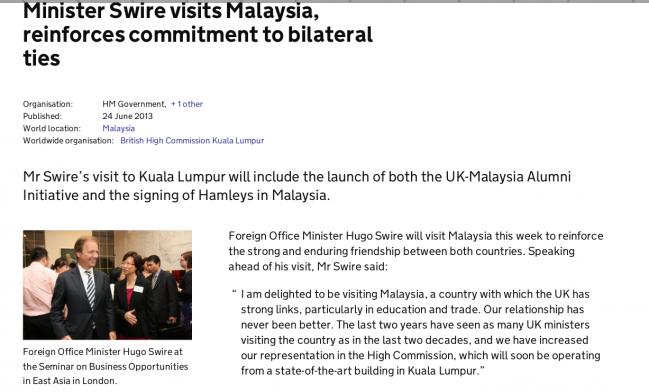 Turning a blind eye? Money is pouring out of Malaysia for all the wrong reasons. Is the UK government prepared to welcome it, no questions asked?

The Malaysian ‘opportunity’ has clearly been seen as a top priority in some circles since the coalition’s first day in office.  Given that individuals who were linked with the Pergau Dam scandal all those years ago are linked to this policy now, have those ties lasted across the intervening two decades?

“This is the first time that a British Prime Minister has come to Malaysia in almost 20 years… my message today is very simple: the era of benign neglect is over. Britain is back: back to do business with Malaysia”[David Cameron, in Kuala Lumpur 12/4/2012]

And the High Commissioner has consistently echoed this sentiment, enthusing at the important business opportunities and proudly presiding over endless official visits, including that of Wills and Kate to scandal torn Sabah.

However, as one senior opposition figure bemoaned to Sarawak Report, “when you try to talk to these UK government figures about Malaysia’s human rights issues and corruption, all they want to speak about is opening a new Tesco in KL”.

Britain has made a few noises about BN’s plunging credibility since the May election, but these have definitely been lost in the thunder of commercial interest.

Consider High Commissioner Simon Featherstone’s gushing twitters last week, as he dashed off to London to lay out the red carpet for Najib’s visit.

Cameron so looking forward – but no mention of democracy protests, just business.. 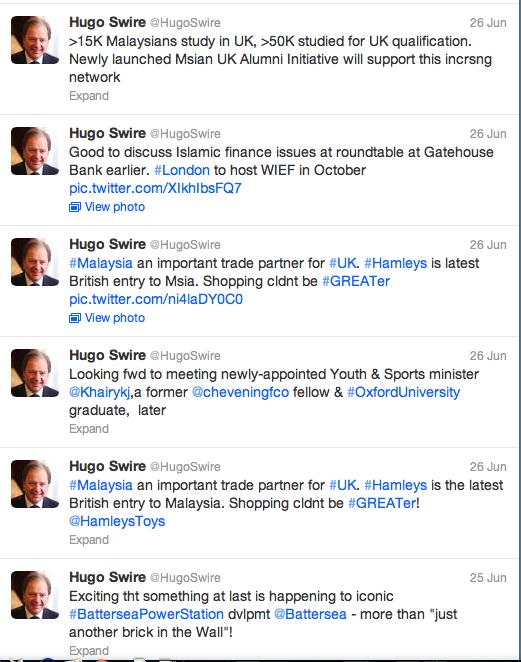 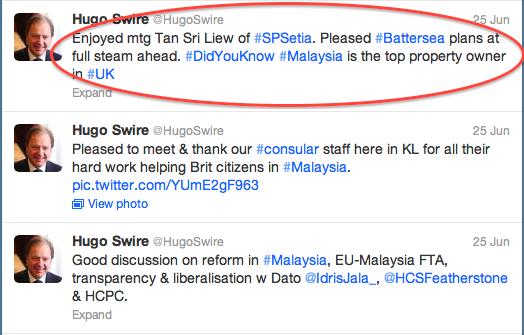 Whoopee! Malaysia is the top property owner in the UK.

Swire may have had a “good discussion” on reform, transparency and liberalisation, however it is “full steam ahead” with the Battersea Power Station development spearheaded by the Malaysian Government owned Sime Darby.

Sime Darby is the world’s largest oil palm company thanks to the devastation of the Borneo Jungle in Sarawak and Indonesia and the destruction of Sumatra. 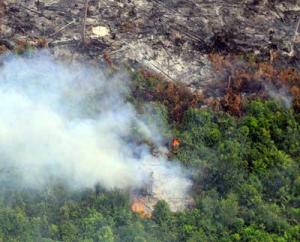 The company has emerged as one of the prime suspects for the choking smogs that have engulfed the region in the past days, owing to the plague of slash and burning that oil palm has inflicted on the world’s oldest and most precious rain forests.

It has also been mired in corruption issues as it has started similar activities in the Congo. Just last year the company’s CEO was sacked for barely disclosed corruption, involving native customary lands in Sarawak.

These matters clearly are troubling ordinary Malaysians, who turned out in record numbers at this election to try and get rid of the government responsible.

They ought to trouble Her Majesty’s Government as well.

And as Britain presses for a major arms deal for BAe Systems with Malaysia it should also trouble Her Majesty’s Government that BN’s track record in any such deal is that it only interests them if huge kickbacks are made available to senior politicians – as France’s current Scorpene Submarine trial is currently laying bare.

It is also time that UK ministers considered their policy of encouraging BN’s flow of dubious cash into the UK property market.

This is indeed Malaysia’s money, but it is being invested by individuals who have corruptly channelled it away from the public to whom it belongs. The figures on Malaysia’s scandalous ‘capital flight’ are well known. 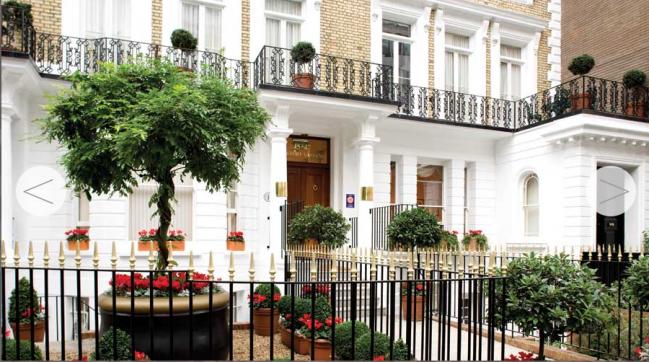 BN politicians and former politicians have been crowding into London’s top properties and purchasing whole blocks to run as hotels and serviced apartments – how did they get the money?

Should well-heeled Londoners not be ashamed that this dirty money is being invested there rather than back home in Malaysia, where it is sorely needed to provide health, development and education for people who have been kept impoverished by the greed of BN?

Is this is not a consideration for UK ministers who are gleefully applauding the fact that Malaysians are the “top property owners in the UK”? 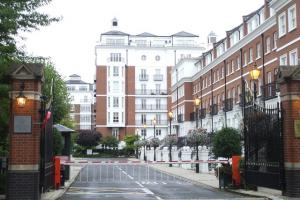 BN politicians are eager buyers into London’s ‘gated communities’, much disliked for cutting off areas of the once open capital – Najib himself owns a penthouse in this Kensington enclave.

In which case these same UK ministers are barely considering the interests of their own people in this respect.

While some wealthy political donors may have benefitted from selling over-priced London property to stupidly rich Bumiputeras, the effect has been to increase prices in an inflated housing market, which has been pushing the British out of their own capital city.

So as Najib ‘breaks the earth’ in front of rolling cameras at Battersea next week, the vast majority of Malaysians and British people can probably unite in wondering how much this Cameron/ Najib alliance benefits them or their democratic principles?

The matter is on record.