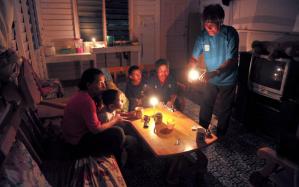 The State of Sarawak is just recovering from hours plunged in darkness, a situation that threatened countless lives.

Sarawak Electricity boss Torstein Dale Sjotveit has now issued a personal apology, admitting the blackout was triggered by the new Bakun Dam hydro-electric plant, which is supposed to be powering  through a dramatic modernisation programme.

Since he is unable to identify the problem so far, this will do little to reassure sceptics of his grandiose project to build several more mega-dams across the rainforest state, with the proclaimed intention of turning Sarawak into an industrial zone.

However, this is not the only example of Torstein keeping Sarawak in the dark. What about the staggering and unprecedented charge of RM30billion that has been raised on the publicly owned company since 2011?

This is a simply enormous world class borrowing requirement.  And yet, what information do we have?  Sarawak Energy has not issued an Annual Report since 2010 and we are now in mid-2013. 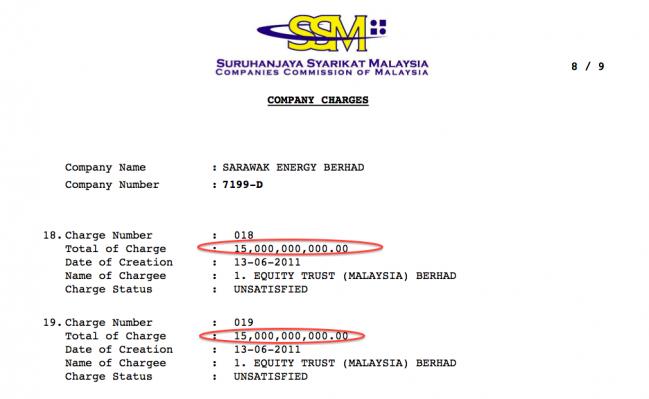 Two RM15bn charges available on-line for all to see. If these are not what they seem then Sarawak needs a fuller explanation on what money has been raised, how it has been raised and on what it has been spent – not an information blackout.

This is a company funded by the taxpayers and electricity users of Sarawak and ultimately they are the guarantors behind this borrowing. So why have Mr Sjotveit and his boss Taib Mahmud been keeping everyone in the dark with this two year information blackout?

Worse, it appears that Mr Torstein Sjotveit has sought to give the impression that Sarawak Energy has not actually raised the money after all, even though the charge is officially listed in the register of company records.

Charges 18 and 19 on the company consist of two issues of Sukuk Islamic bonds worth RM15bn, organised by the fund management company TMF/Equity Trust. They were raised in June 2011 and remain unsatisfied. 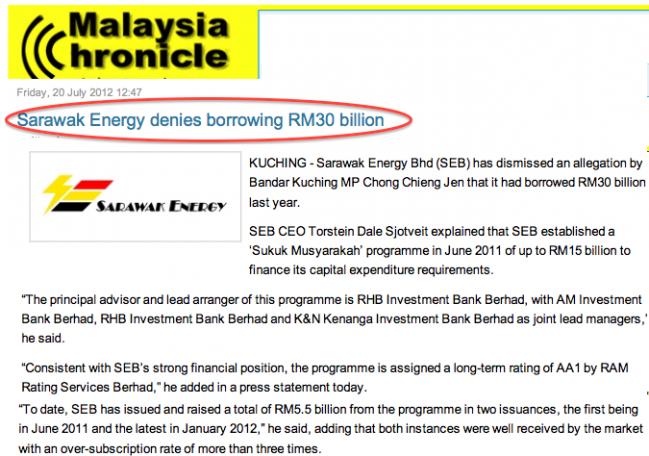 Confusing denials – Sjotveit says he has established a ‘programme’ to raise RM15billion but has ‘only’ raised RM5.5billion. What does he mean?

DAP’s Chong Chien Jen was slapped down dismissively when he raised this very issue last year by Sjotveit, who claimed that “The outstanding balance from this programme is RM740 million at the moment. Other than that, Sarawak Energy has no other major debt obligations”.

However, Sjotveit also acknowledged  “As the state’s largest government-linked company, we accept that SEB’s activities are a legitimate topic of public interest”.  We agree.

“As the state’s largest government-linked company, we accept that SEB’s activities are a legitimate topic of public interest”[Torstein Sjotveit]

So what exactly is the situation? Sarawak Report has obtained documents that show in detail the transaction, which was handled by the trustee TMF Group.

TMF is a company which has recently grown exponentially, not least as a result of handling some enormous transactions in Malaysia for both Taib in Sarawak and Najib’s 1MDB ‘development’ programme.

TMF Group itself grew out of Equity Trust in the BVI, a specialist in offshore private wealth management.  Incidentally, the Taib family company Ridgeford Properties and CMS (BVI) have been long-standing clients of Equity Trust as we have previously reported. 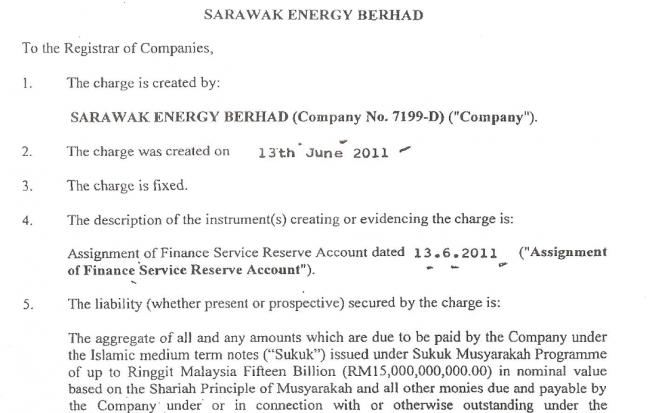 Whether termed as a ‘loan’ or ‘sukuk’ bond, this financing is termed as a charge in the Malaysia company register, which means the Sarawak state is liable.

Time to shine some light

Mr Sjotveit may have some unusual explanation for the enormous sum of money which to all appearances has been raised on SEB and for which, whatever the circumstances, taxpayers are clearly ultimately liable.

Has it been parked somewhere else, for example, pending his desire to use it?  If so, where? 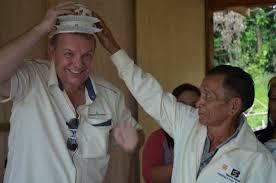 Torstein has found time to tour longhouses and showcase the International Hydropower Conference, but not to produce an Annual Report on SEB’s Finances?

Is there a grand campaign to bring electricity to all the poor rural folk, whose needs have been utterly neglected during the past 40 years of promised “progress and development”?

This and other behind-closed-doors commissions, benefitting the Chief Minister, have caused considerable questions to be raised of Mr Sjotveit.

So, has he perhaps paid all the money for these projects up front?

Sarawak Energy may have been removed from the stock exchange after a buy-back move by the Chief Minister in 2009 (he used taxpayers’ money to buy back the shares at a price mysteriously inflated 24% above the last traded market price).

However, it is still obligated to produce public Annual Reports that should answer these questions in full for the state representatives, the people and of course the federal auditors.

A lot of talk, but no transparency

Sarawak Energy is Sarawak’s hugest public company involved in a massive hydro-electric project, which it proclaims will transform the country.  So, why is Torstein Dale Sjotveit denying the people who are paying for it a proper look into his plans?

After all, Mr Sjotveit has shown himself to be quite a self-publicist in recent months. He has even deigned to spend time arguing the toss about criticisms of his various behind-closed-doors deals in the comments section of this site.

He has also created numerous web pages, in order to tell the world about his great plans to ‘change Sarawak for the better’ and to let people know in general how lucky the Dayaks are to have him at the helm to bring them into his vision of ‘modernisation’. 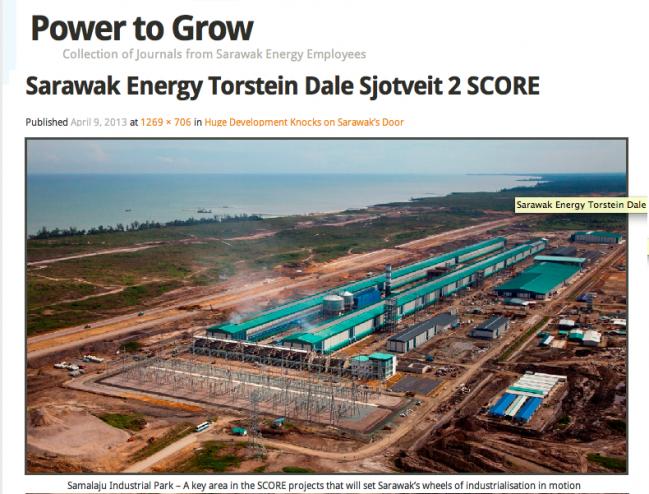 Torstein lectures the Dayaks that his home town in Norway benefits from a dam, but fails to mention that it is tiny compared to his plans for Sarawak. Neither did it wash his home away so that international companies could use the cheap electricity to make profits abroad.

Sjotveit has even developed a Twitter presence in order to take swipes at his critics, implying that ENGOs like the Bruno Manser Fund have been funnelling donations unethically into their own pockets! 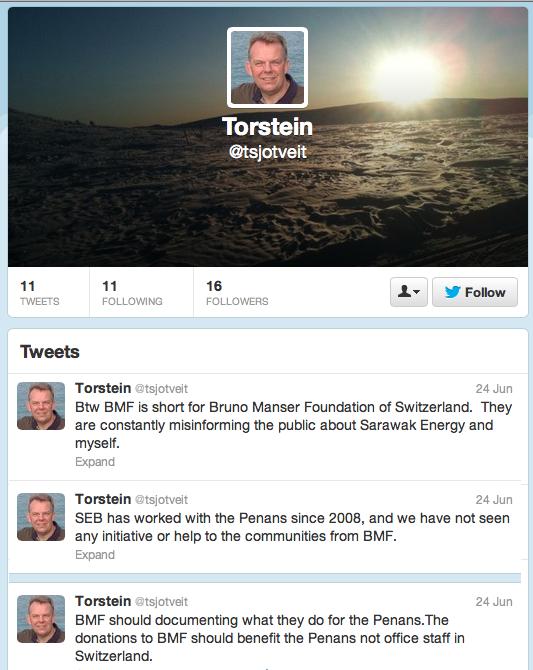 Torstein prefers to accuse others rather than answer basic questions of accountability!

Yet, despite all this ‘transparency’ there has been no sign of that most basic of instruments of accountability, which is an Annual Report and Financial Report.

This Norwegian Chief Executive has turned out to be extraordinarily vocal in claiming what a stickler he is for proper management and yet whenever he is asked why he has passed multi-million dollar projects to his boss’s family without open tender, he sniffs that he wants a full declaration on the part of individuals who question him first!

On this site he enigmatically announced to one questioner:

“For the record the Book of SEB (not SEC), are not publicly available, but we are of course audited as any normal company are. I think a good start of our dialog would be that you reveal your through identity, if you are a Sarawakien I would be very happy to engage with you and explain what we have done over the past three years to lift the procurement processes in this company up to global best practices, however if you as BMF are not interested in facts just continue harassing honest working people then I am not interested, please reveal you identity and come forward in a serious way and I will engage seriously with you as I do with anyone coming to us seeking facts on these issues.

Open and accountable?  Good.  Then could Mr Sjotveit come up with a proper detailed answer to YB Chong’s query about the RM30billion in charges raised on SEB’s account and explain why “the Book of SEB” is not publicly available?

Otherwise, his protests to all and sundry about what an upright fellow he undoubtedly must be are of little relevance or interest.

Torstein has rounded on critics, calling himself a “small CEO”, but Sarawak Energy’s finances remain “not publicly available”

We ask Mr Sjotveit to prove himself by explaining in detail, chapter and verse, what SEB plans to spend RM30 billion on, where this money is currently being held and how much has already been spent.