BN's Post-Election Priority? Tripling Their Own Salaries Of Course! 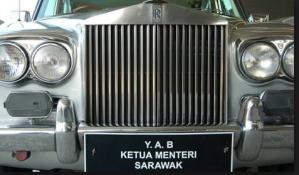 Just days after an election marred by bribery and ballot rigging, Sarawak’s Chief Minister made his first move to set the tone of his conduct as BN’s ‘kingmaker’.

He tripled the salaries for state YBs and ministers.

He doesn’t need the money of course, but obviously enjoys the symbolism of receiving more than the actual Prime Minister, who is now dependent on East Malaysia’s ‘obedient’ rural seats to remain in office.

But, since this salary rise was clearly planned and decided upon long beforehand, people are entitled to ask why the Chief Minister did not announce his intention to voters in advance of the election? 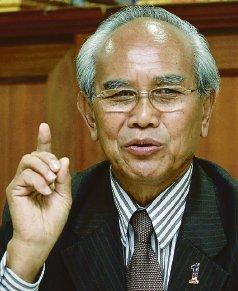 Another big beneficiary – DCM Jabu gets a salary rise to RM35,000 per month. But, he has already benefitted from tens of millions in contracts and concessions after years of ‘loyal service’ to the state.

Presumably he argues that it benefits the people to pay the same set of YBs three times as much for the very same job?

Nevertheless, he plainly realises that most voters would consider, for example, that raising Sarawak’s minimum wage from a bare RM800 per month to at least the same as the rest of Malaysia, might be a worthier cause than further lining the pockets of BN’s already wealthy YBs.

Or how about compensating the hunter-gather Penan tribe who are currently being forcibly and illegally turfed off their forest lands to make way for the Murum Dam?

According to the secret plans revealed last year by this website, a mere RM400 (US$122) per month for 4 years only has been set aside for each family – less than half of that miserable minimum wage and a fraction of the salary increase Taib has donated to himself.

After that 4 year ‘period of support’, these ancient hunter peoples are being expected to scratch out a living in the centre of an oil palm plantation, which is where they have been re-located, but where Indonesian immigrants have all the back-breaking jobs (RM13 /$4 per day at the standard rate).

Keeping voters in the dark on such matters and then moving swiftly to execute such an unpopular and unnecessary measure straight after the ballot, amounts to nothing less than deliberately setting out to cheat the public.

The fact that Taib had the cheek to back-date the increase a full 17 months to the start of 2012 shows exactly how long he had been itching to make the hand-out to himself and his henchmen.  And it proves he had been dishonestly hanging on until after the election to avoid infuriating voters.

Remember, Taib has appropriated all the 3 main offices of state for himself. So add two further sets of Senior Minister salaries, now trippled to RM30,000 a month, to get the real figure he is now being paid. Sarawak Report calculates it as just short of a hundred thousand ringgit – RM1,200,000 per annum.

But the average YB is also enjoying an enormous windfall.  Their basic salaries have gone up from RM4,500 to RM15,000 (not counting a substantial increase in allowances, which brings most salaries to a minimum of RM20,000 a month).

Backdated to January 2012 this has meant a one-off post-election payment of RM178,500!  In total this windfall of  to all Sarawak’s parliamentary hangers on has cost the people a hefty RM17million.

At a time when longhouses across the state are facing thirst and drought, owing major deforestation and the wealthy state government’s failure to invest in proper water supplies, think how many lorries of water RM17million could have funded?

And remember in Sarawak (unlike in other countries across the world) these YBs don’t pay tax either.  That money has been given to these people tax free!

Since all assemblymen get free medical care as well (in a state where maternal death rates and the lack of basic medical care for indigenous people are an open scandal) people are also entitled to ask how can these ‘representatives of the people’ be trusted to legislate on issues such as tax and health care, when the rules they bring in will not apply to themselves? 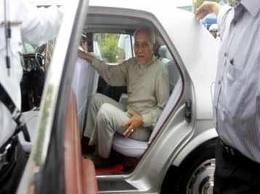 Sign of triumph or weakness? – the CM is facing growing disgruntlement from the political rank and file, as yet again he has broken his promises to stand down

However, the real point of this huge bonus to YBs and ministers of course is perfectly clear. Taib is anxious to buy their loyalty at a time when talk of dissatisfaction with his regime is widespread amongst his own followers.

The CM’s approach to everything is that everyone has a price and since he plans to once again break his own promises of retirement and run again at the next state election, he wants ‘grateful’ YBs, clutching their RM178,500 windfall payments, to repay him with their support.

Meanwhile, of course, Sarawak voters, who are actually footing the bill, were expected to offer their own support for a mere RM50 ringgit bribe at the general election.

It is extremely sad that the people who are most oppressed by BN’s actions are the ones who are regularly bribed with mere pittances out of their own money, while these self-serving politicians walk off with huge amounts.