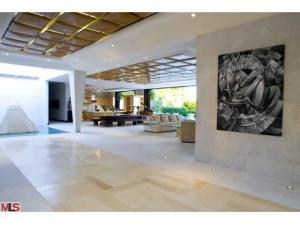 How it was advertised – a huge open plan property

The property sprawls over 11,500 square feet and has 5 bedrooms and 10 bathrooms. It looks out over an enormous swimming pool and views of West Hollywood.

It is is flanked by gracious avenues and neighbouring vast residences, mostly belonging to big names in the movie business. 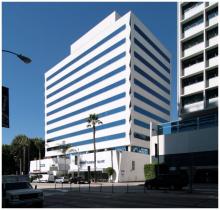 Tour buses swing by at regular intervals, packed with star-spotters from all over the world and expensive cars purr past in an area where nobody walks.

912 North Hillcrest Road is also just a step away (were anyone to consider walking) from Red Granite Pictures’ exceedingly plush office address on Sunset Boulevard.

This is also not a premises that the company cares to make public.

However, Sarawak Report visited the large 7th floor suite and established that it is top spec and covers half an entire floor of the building with stunning ocean views across Los Angeles.

The space rents out for $3.75 a square foot with each floor providing some 11,600 sq ft, indicating a monthly rental of over $20,000 for the up and coming movie financing company. 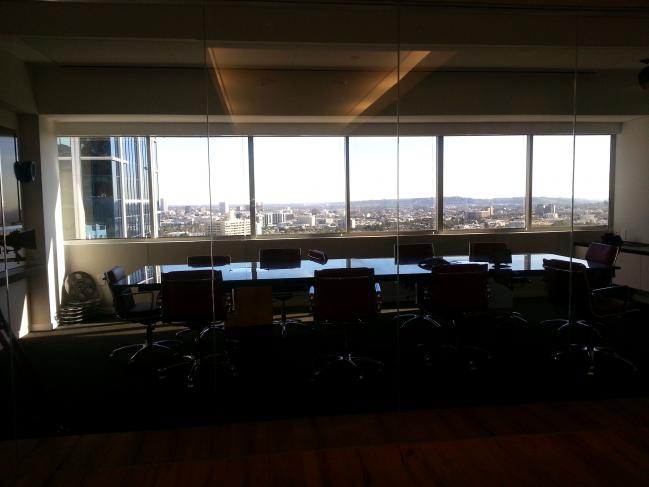 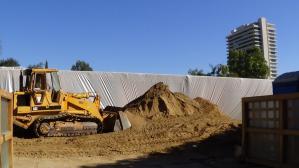 Let’s pull down this brand new place and build it again – 912 N Hillcrest at present!

The Aziz mansion is registered not under the name of its owner, who is the stepson of the Malaysian Prime Minister and son of Rosmah Mansor, but a company called 912 North Hillcrest Road (BH) LLC, registered in Delaware, which is a well-known corporate tax haven.

However, the company which performs a private business and wealth management role for Mr Aziz, Nigro Karlin Segal Feldstein & Boino (NKSFB) confirmed the property was his.

And when we visited last week we discovered that it has just been completely demolished and is being totally rebuilt.

The advertisement photographs (above) are of the previous house, which neighbours told us had already been comprehensively refurbished in advance of the sale to Mr Aziz back in 2010:

“It originally sold for $6.8million, then it was remodelled and sold for $9.8million to an Arabic guy, who demolished and re-built and then sold it for $17.5 million. Now look it has been demolished again by the guy who bought it”

mused a groundsman, who did not wish to be named. 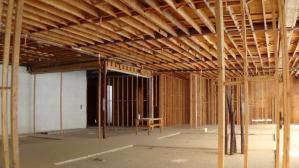 The lower floor, which is under construction by the builders Winters Schram is completely covered in tarpaulin to protect the wood walls and ceilings, which are currently being installed.

We learnt that there will be an entirely new, “very large” pool, which we saw being dug out at the front of the house.

There are a bevy of workmen both on the site and tending the landscaped garden. However Sarawak Report was able to gain access to the uninhabited property for a look at what is being remodelled.

We found a series of huge rooms based on a open plan design, connecting into each other, in what is clearly being developed as the ultimate modern Hollywood style. 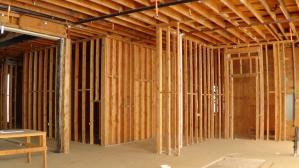 Reliable insiders have confirmed that the rebuilding will cost several millions more dollars than the original asking price, bringing the cost of the property up towards the sort of price that Mr Aziz recently paid for the $33.5million property that we revealed he bought in New York in 2012.

Property news outlets had reported that Mr Aziz’s purchase of the apartment at Park Laurel 15 West 63rd Street was one of the most expensive ever in the capital.

It matched the record breaking purchase by his friend, the controversial young Malaysian businessman Jho Low, of the penthouse in the Trump Tower, also for $33.5 million. 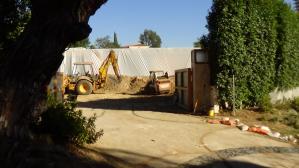 Questions about so much money

Perhaps now they will be less surprised to learn that the youthful Prime Minister’s step-son, who is seeking to invest in the movies, has sought to make his main base in Hollywood with an even grander accommodation?

However, once again, there is the valid question as to how he came by such enormous sums of money?

It is one thing to claim that you have persuaded 3rd party investors to risk hundreds of millions of dollars on films, but quite another to be purchasing personal properties.

As a politically exposed person in Malaysia Mr Aziz and his family are currently being pressed to explain how he or his family were able to finance such an extremely expensive series of homes, quite apart from raising hundreds of millions to bankroll movies like Wolf of Wall Street?

The law firm Loeb & Loeb, which incorporated Red Granite back in 2010, is in an informed position to advise Mr Aziz on appropriate transparency. 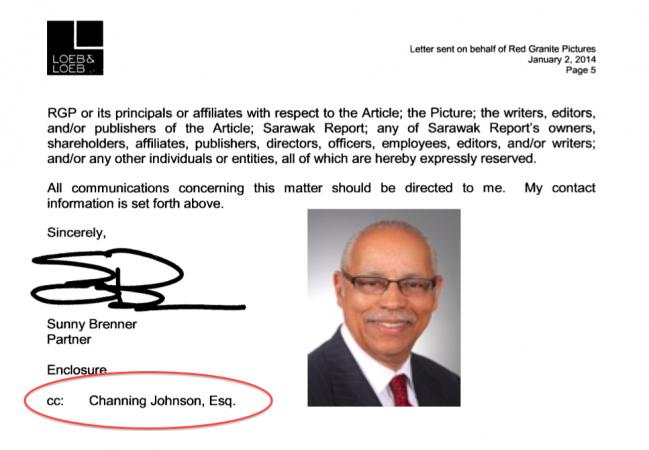 A Loeb&Loeb partner, Channing Johson, to whom a letter threatening Sarawak Report with legal action was copied last month, is married to the director at NKSFB, who we have been reliably informed, directly manages Mr Aziz’s financial affairs, Debra Johnson.

“It is factually untrue to state (or strongly imply) that the Picture is owned or financed, in whole or in part, by relatives of Mr Aziz, by Mr Aziz himself, from other sources of financing emanating from the country of Malaysia, or Mr Low. In fact, the budget of the Picture was financed through traditional sources of motion picture financing, including funds provided by three major financial institutions, tax credits and foreign pre-sales.” 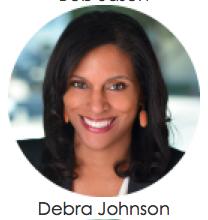 Director at NKSFB who handles the Riza Aziz account.

We request, therefore, that Mr Johnson of Loeb & Loeb with the assistance of Mr Aziz and Mrs Johnson, furnish more details about these sources of funding.

Firstly, because there would appear no need to keep them secret and secondly because Mr Aziz and his family, like the President of America, are politically exposed persons.

Mr Obama publishes his annual finances and many Malaysians would like to see their own politicians do the same or at least have the right to ask for similar transparency, without being threatened with legal ruin.

We would also like to take the opportunity to request an explanation as to why Mr Low was given his own credit of “special thanks” in the movie Wolf of Wall Street, since Loeb & Loeb have confirmed he was not involved in the financing of the film in any way?

Was it for treating a thirsty production team to copious champagne or some other reason, since the credit is widely noted for being a highly unusual gesture in the film business?

Most expensive rental property in Hollywood 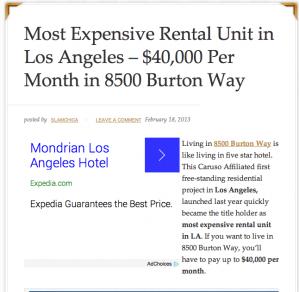 Meanwhile, records indicate that Mr Aziz has been treating himself to some very elegant accommodation, while he waits for the completion of his Hollywood Mansion.

He has been occupying the penthouse floor of what has been described as Hollywoods most expensive ever rental apartments at 8500 Burton Way.

We visited the brand new, plush building, which advertises itself as Hollywood’s most sought after address.

The apartments come with full concierge service and expensive cars are lined up by the valet service outside.

The Wall Street Journal featured the building, which was developed in 2012 by Rick Caruso a major financierr:

“Named after its address, 8500 Burton Way features floor-to-ceiling windows and space-age curves, including a cloudlike oculus that appears to float over the building. It also features some of the priciest rents the city has ever seen”

Roof top gardens and pools distinguish the down town property

“Many of the building’s units rent around $8 a square foot, compared with about $2 a square foot for an average Los Angeles apartment or $4 for a luxury building, says Paul Habibi, a real-estate professor at the University of California, Los Angeles. “I’ve been in this business for 17 years and I’ve never heard of $8 a square foot anywhere in L.A.,”[Wall Street Journal] 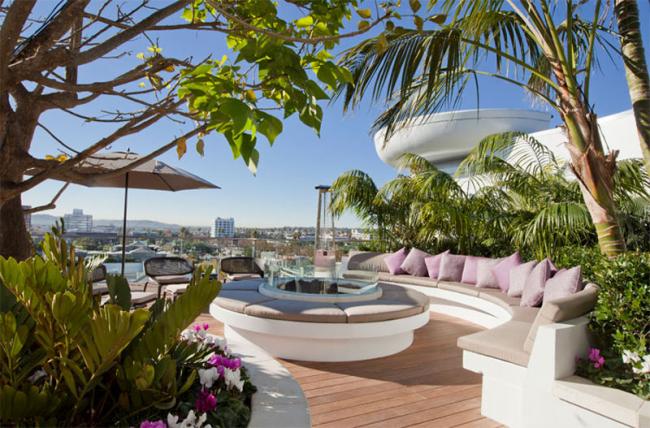 As smart as it gets. Penthouse exterior at 8500 Burton

By now Malaysians will not be surprised to learn that the unaccountably wealthy son of Rosmah Mansor has been living it up on the 7th floor of this acme of LA luxury buildings.  Only the very best and most expensive of accommodation seems contemplatable for Mr Aziz.