"Red Granite Are No Longer Our Client" - Raging Scenes As "Racketeering" Case Settles! 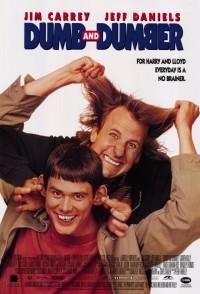 Hollywood’s news hounds have been left intrigued by the announcement of a final settlement between Red Granite Pictures, the production company owned by Najib Razak’s step-son, Riza Aziz, and the original producers of their next movie release ‘Dumb and Dumber To’.

There have been limited statements from either side, however Sarawak Report can exclusively detail the background to the settlement of this case, during which Aziz and his company Red Granite had faced accusations of “racketeering”.

We can reveal that during the course of the legal battle there were raging scenes, as Red Granite’s original law firm was dropped from the case, while its accountancy and business management firm ceased representing the company altogether.

Separately, threats of legal action by Red Granite against Sarawak Report have not been followed through. 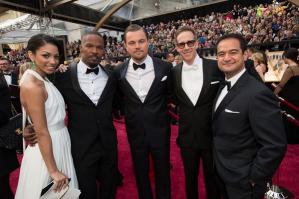 Producers Steve Stabler and Brad Krevoy, who settled with Red Granite last week, created the original film Dumb and Dumber in the mid-90s with stars Jim Carey and Jeff Daniels.

The duo had reacted furiously to an attempt by Red Granite to write them out of the credits for the sequel and deny them any copyright payment.

Their suit described Riza Aziz and his partner Joey McFarland as Hollywood newcomers, who were using access to vast funds to buy up production projects, without any genuine producer credentials of their own.

Aziz’s reputation as a party-lover, involved in lavish entertainment supplied by his close pal Jho Low, was also referred to, which drew major attention in Malaysia, where there has been considerable speculation and surprise over the conspicuous wealth of the two young men.

Hollywood was then rocked in March when Stabler and Krevoy amended their claim to further accuse Red Granite and its principles (including the PM’s stepson Riza) of obtaining their funding from “racketeering”.

The amendments came after the news broke in Malaysia that this was the company behind the hundred million dollar production of the controversial Wolf of Wall Street.

Stabler and Krevoy achieve goals in return for dropping allegations 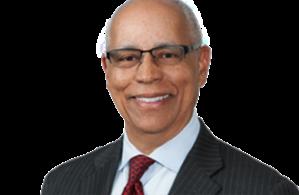 Channing Johnson – the Loeb & Loeb partner exploded over racketeering allegations, but stood down after wife was subpoena’d

Last week’s settlement has given Stabler and Krevoy what they wanted – they have been re-established with executive producer credits for the film.

It is also understood that they received the financial compensation for copyright, which Red Granite had originally attempted to avoid paying.

For their part the duo have now permanently dropped (‘dismissed with prejudice”) their racketeering allegations and the rest of their suit against Riza’s company, which had been due to be heard in a Los Angeles court next month.

No action is to be taken against Stabler and Krevoy for uttering those allegations, neither did Red Granite carry out its threats to sue Sarawak Report for allegedly accusing the company of receiving “illicit funds” (an accusation we did not make).

Yet, behind this formal resolution of the dispute we can report a series of raging scenes, resignations and the rupturing of business relations.

Major losers appeared to be the Hollywood power couple Channing and Debra Johnson.

Channing Johnson is a partner at the Hollywood law firm Loeb & Loeb, which incorporated and represented Red Granite, while his wife Debra Johnson worked as the company’s business and wealth management advisor at the LA accountancy giant NKSFB, where she was a Managing Director until earlier this month. 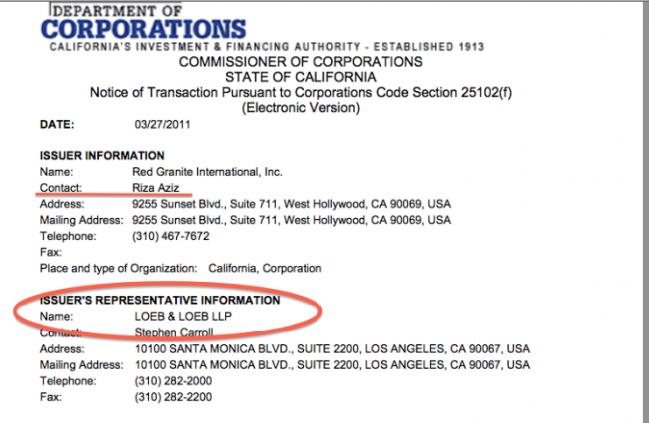 Riza Aziz is the registered owner of Red Granite and Loeb & Loeb incorporated and represented the firm.

Loeb & Loeb dropped from the case 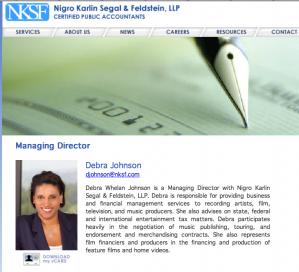 Sarawak Report has learnt of a furious encounter at the offices of Stabler and Krevoy’s lawyers in April, after they issued the racketeering allegations.

According to witnesses, Channing Johnson stormed unexpectedly into a planned deposition meeting on the case and threatened dire consequences over the accusation against Red Granite.

One insider has told Sarawak Report that they had never seen such an explosive loss of temper by a member of the legal profession.

In response Stabler and Krevoy issued a subpoena request for the financial records of Johnson’s wife Debra Johnson, relating to her business and wealth management duties for Red Granite at the company NKSFB.

“That was the Friday, by the following Monday Loeb & Loeb were no longer representing Red Granite in this matter”, reported another Hollywood person in the know.

This may have indicated an intention to sue over the racketeering accusations, but rumours soon circulated that Glaser wanted to settle instead.

That settlement took weeks to achieve, but if Glaser was holding out for a public retraction from Stabler & Krevoy over those racketeering allegations, it appears Red Granite was out of luck.

Like Sarawak Report, Stabler & Krevoy have issued no retractions for any of their public statements; they have merely dropped their case in return for an apparent full satisfaction of their demands.

Meanwhile, we can reveal that as of next month Debra Johnson is no longer in her post at NKSFB, where she had managed Red Granite’s account! 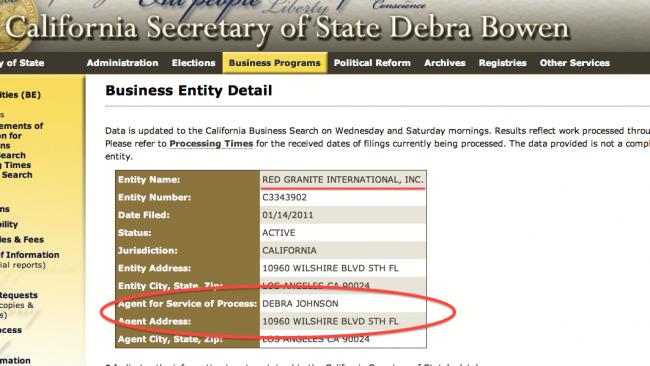 Red Granite was represented by Debra Johnson of NKSFB, after being incorporated by her husband’s legal company

A call to the Los Angeles business and wealth management firm NKSFB has confirmed her departure from her previous role as a Managing Director of the company. Sarawak Report has learnt that the move came after a tense encounter with one of the partners, in the aftermath of those press reports about the racketeering allegations against Red Granite.

“We no longer represent Red Granite”, a member of staff at NKSFB stated earlier today.

Riza and Debra in business together?

However, our researches suggest that Debra has taken her client with her to start up a brand new company.

On 10th April, as the racketeering allegations hit the media, a new management company was incorporated in California, under the name of Metropolis IX Capital Advisors.

Metropolis IX Capital Advisors is registered at the very same address as Johson’s former employers NKSFB at 10960 Wilshire Boulevard and on July 1st she announced that she had been accepted as the Chief Operating Officer of this new concern after parting from NKSFB. 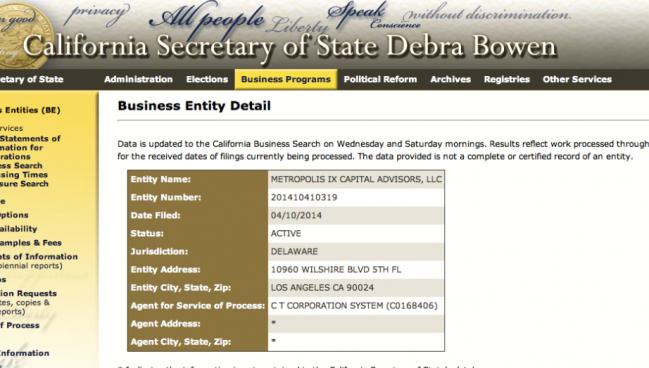 Is Debra Johnson the person behind Metropolis IX Capital Advisors or just someone this low profile company recently hired?

It is unclear who else besides Johnson works at Metropolis or if the offices are really in the same building as NKSFB.

However, Johnson is reported as having travelled to London with Riza Aziz on business and former colleagues have confirmed to callers that Debra can probably be contacted through Red Granite.

Sarawak Report is therefore prompted to ask if Metropolis IX Capital Advisors was established by Johnson herself, in order to start managing the affairs of the wealthy Riza Aziz and his company Red Granite all on her own?

In which case, maybe she and her husband Channing have not been such losers in this affair after all!