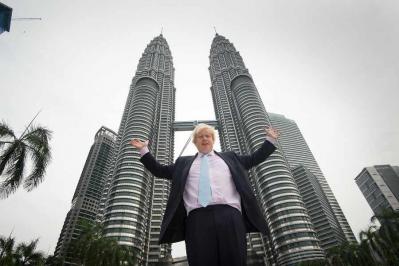 Usual jokes, but no mention of human rights

London’s Mayor, Boris Johnson, has been sweating round KL this week, trying to drum up yet more business for the British capital – and, of course, investment.

The dodgy money which has already been pouring into London from Malaysian sources during the depth of the recession may have come as a bit of a surprise, but it became clear that Boris is not in the business of asking awkward questions.

Instead, he bumbled on in his pantomime fashion, calling for the corrupted ethnic quota laws to be abolished, since they deter foreign companies from investing in Malaysia, but making no mention of human rights.

Neither did he make any public reference to Najib’s outrageous decision not only to break his promise to abolish the abusive sedition laws last week, but to even extend it to criminalise any talk of East Malaysian independence. 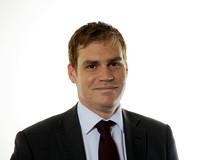 However, back home in the UK Parliament these matters were raised in today’s debate on foreign affairs, forcing the Mayor’s Conservative colleague to deliver an effective snub to Najib.

As recorded in Hansard, Tom Greatrex MP, a member of the All Party Parliamentary Committee on Malaysia, questioned the Foreign Office Minister Hugo Swire, who revealed he too will visit Malaysia at the start of 2015.

Malaysia’s Foreign Minister Anifah Aman is also due in London next week.

But, asked about Najib’s decision to retain the sedition act, the Minister said Malaysia should ‘conform to international standards':

I plan to visit Malaysia early next year. My visit will coincide with the start of Malaysia’s chairmanship of the Association of Southeast Asian Nations and its elevation to a non-permanent seat at the UN Security Council. My discussions will focus on issues of mutual interest, including trade, security, the Commonwealth and human rights. My right hon. Friend the Foreign Secretary looks forward to welcoming Malaysia’s Foreign Minister to London next week.

I am grateful to the Minister for his reply. He will be aware that last week, the Malaysian Government went back on their pledge to repeal the sedition law, and are instead entrenching and extending its characteristics. He will also be aware that there is growing international concern that the law is being used to imprison political opponents and religious minorities, particularly the Christian community. Will he and the Foreign Secretary undertake to ensure that those issues are raised with the Malaysian Government in their engagements over the next few weeks?

My right hon. Friend the Foreign Secretary reminds me that such issues always are raised. He will certainly raise them. We are aware of the recent comments by Prime Minister Najib regarding the Malaysian sedition laws. We will look at his comments about the proposed legislation closely. We are clear that the Malaysian Government should conform to international standards and norms.

Malaysia should conform to international standards and norms 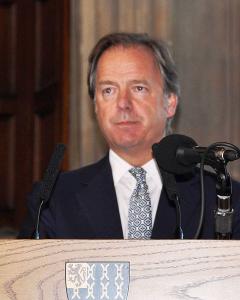 The snub from Swire will have been no surprise. Najib knows his decision is counter-productive internationally.

The sedition laws do not conform to international standards and Malaysia will be lowered in the eyes of the world.

His further move to extend the law to criminalise support for East Malaysian autonomy and independence also threatens the very legitimacy of the Malaysian federal arrangement.

After all, this was a deal done in 1963 between the British colonial masters and Malaya, without any genuine consultation of the Borneo states.

Negotiations took place in London without a single native representative of Borneo present.

The outcome was then described as independence, leaving Sabah and Sarawak to the greedy exploitation of the past 50 years. 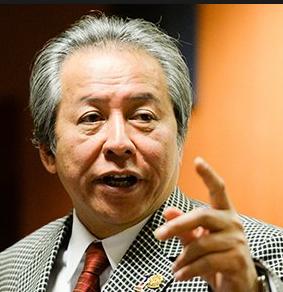 What is plain to all is that if Najib were confident that the federation had proved to have been a great thing for Borneo, then he could have celebrated this half century with a referendum, which would have at last confirmed this supposed act of self determination by Sabah and Sarawak.

But, instead, he has criminalised anyone who speaks out against it and raised questions in the minds of the rest of the world about why he is so fearful of popular opinion on this matter?

Anifah Aman, whose own family has sucked out Sabah’s timber wealth in return for providing loyal cooperation for BN, will have to explain next week why his government is so fearful of talk of independence.