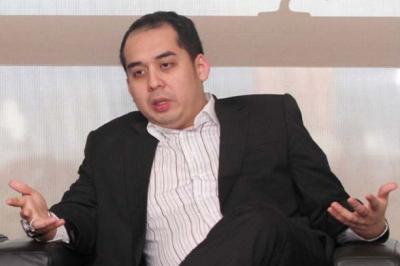 No involvement whatsoever, says Naziffudin – yet he remains a shareholder in Ufun linked company

update: there is another twist to this developing story, which is that it appears the claim by UFIN to have invested in Nazifuddin’s company was a hoax. This makes the PM’s son a truly unfortunate victim of a scam that has affected very many people. He is to be credited with speaking out when he did, if perhaps a little less fully than the situation demanded. The evidence shows he has clearly had some dealings with Ufun folk and he clearly still has shares in the company Sagajuta. SR accepts there is no evidence Ufun actually invested in Klang Gateway, so no need for Nazifuddin to distance himself from Sagajuta, where he still has shares.

Mohd Nazifuddin Najib, the second son of Prime Minister Najib Razak has publicly denied any involvement with Ufun Group Bhd Ltd, a marketing firm that was recently exposed in Thailand for allegedly cheating over 120,000 people of RM4 billion.

NOW 26’s programme highlighted the apparent media blackout in Malaysia and speculated it might be because the company has links to the Prime Minister Najib Razak’s son.

Nazifuddin yesterday insisted that all this was completely untrue and that such reports are “cyber-bullying” by malicious entities. 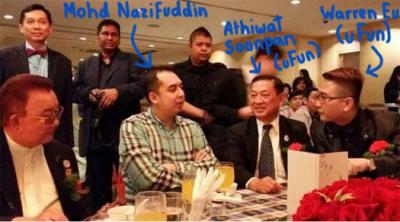 No connection? Nazifuddin sitting next to Athiwat Soonpan, uFun Club’s International President and Warren Eu, credited as a Founder of the scheme:

He added that he knew nothing of the three Malaysians against whom the Thai police have issued arrest warrants, following their crackdown on the scheme over the past few days.

The fact that his name and supposed involvement had been widely used to advertise the Thai ponzi scheme over recent years did not mean he was involved, he further explained, because Ufun’s various pyramid-style subsidiaries had deceptively exploited his name.

Nazifuddin says that he had informed the police about this back in 2012.

What’s more, he also said that he had completely cut ties with a company that has also been linked to Ufun in Malaysia, Sagajuta (Sabah) Sdn Bhd, because he had resigned from the post of Director and Chairperson of the company on 31 May 2012.

It was only last month, on 26th April 2015, that Ufun signed a memorandum of understanding with Lagenda Erajuta Sdn Bhd, which is a subsidiary of Sagajuta, for the Gateway Klang development project with a value of RM1.2 billion. Ufun has claimed to hold a 30% stake.

Still a shareholder of Sagajuta

It seems strange therefore that, in the context of all these denials, Nazifuddin neglected to mention that he remains a substantial shareholder of Sagajuta, of which he was previously the Chairman.

“I have no involvement with the group and have already warned the police, Bank Negara Malaysia and the Thai embassy of this incident when I first discovered it a couple of years back. There is no concrete evidence in the video that suggests my involvement with Ufun (Group Bhd Ltd) and their schemes. Someone is coordinating a libelous personal attack by viraling a Thai video of my involvement with the Ufun group in an attempt to smear my name and attack my reputation,” stated Nazifuddin [Malaysiakini].

Yet, Nazifuddin is both a direct investor in Sagajuta (Sabah) Sdn Bhd and is also a shareholder of the company with the largest amount of shares, Generasi Sipta Sdn Bhd: 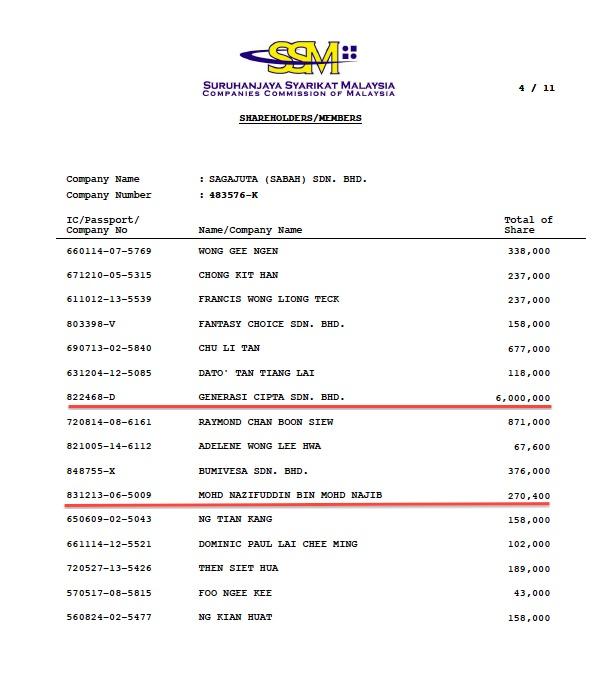 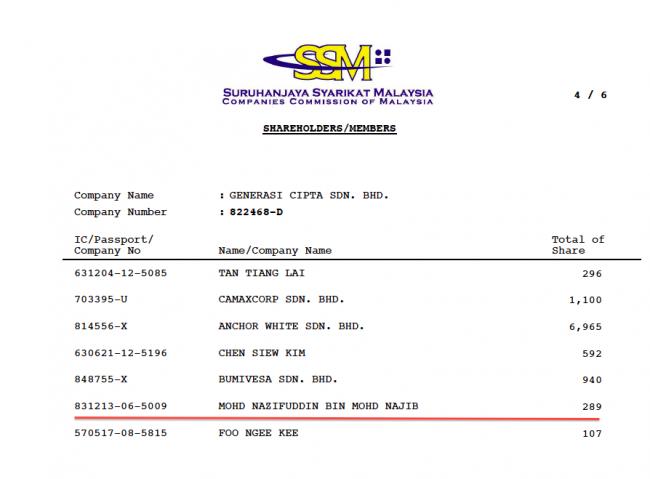 Would it not have been better to have been a little more frank about the link, given it is so hard to sweep under the carpet?

Sagajuta (Sabah) Sdn Bhd has been mentioned as being involved with Ufun in promotional material published online over the past two years, according to investor blogs. 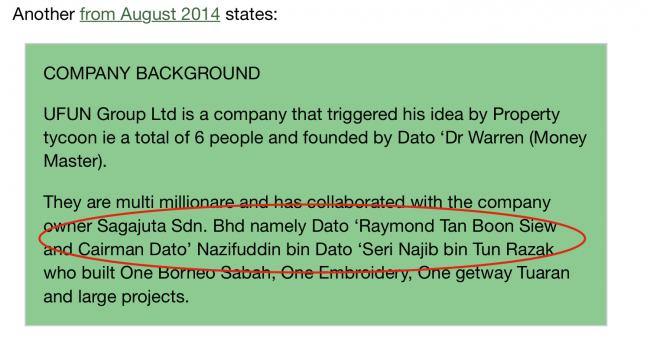 The link was alluded to by promoters of Ufun as late as last year – was that just coincidence?

If all these claims were so false and misleading it seems a strange choice for Sagajuta to have chosen to partner with Ufun in such a politically sensitive, state backed development project as Gateway Klang.

Was Nazifuddin unaware that his former co-directors and fellow shareholders had selected this pesky jumped-up bunch of impersonators to enter such a very major joint venture with?  Had they neglected to engage him in their decision?

Given the sort of untrue stuff below, he could have warned them that linking up with the likes of Ufun could only bring trouble and police involvement: 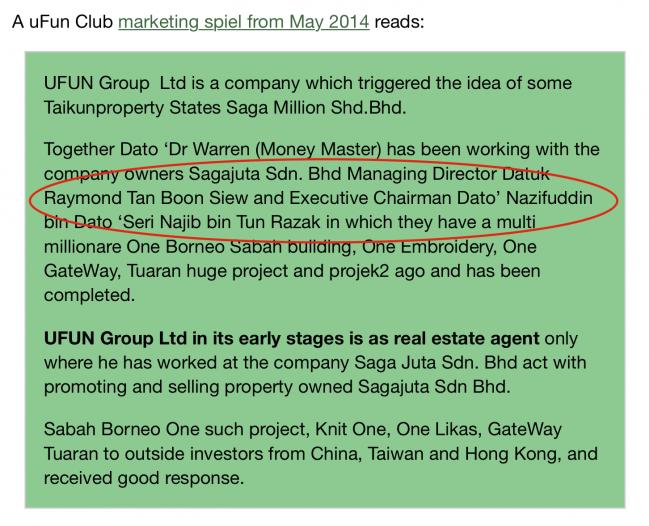 Bloggers have pointed to promotional material referring to Nazifuddin Najib and his Sagajuga link which he says is misleading.

Update – it was later clarified there was no link up between Sagajuta and Ufun, this was the key denial that was missing yesterday from Nazifuddin’s statement, which has now updated on the situation to make this clear. 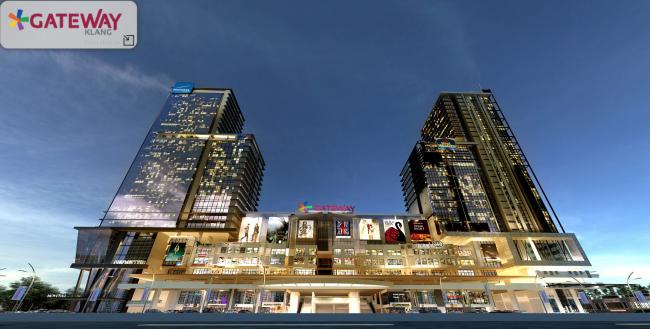