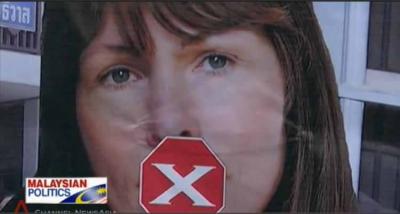 INTERPOL have moved swiftly to publish their refusal of Malaysia’s request to issue an international ‘Red Notice’ alert for the arrest of Clare Rewcastle Brown, Editor of Sarawak Report.

In a letter to the London based NGO Fair Trials International today the Secretary General of INTERPOL, Jurgen Stock, informed that the global police organisation has decided to reject Malaysia’s request outright.

In a personally signed letter, headed ‘Subject Clare Rewcastle Brown’, the Secretary General confirmed he had been in receipt of a request by Malaysia, which was reviewed on 9th August in line with their standard operating procedure and that the Red Notice had been refused.

The Secretary General went on to assure Fair Trials, which had written for confirmation about the status of the journalist, that all 190 member countries of Interpol had been informed of this decision, meaning she can travel internationally without further harassment or fear of arrest.

Crushingly, Jurgen Stock added that member countries were further advised not to use Interpol’s channels in this matter and requested them to remove all data from their databases as well – it is a telling indication that the organisation is of the opinion that their processes, which are designed to catch dangerous criminals, had been abused by Malaysia.

The letter addressed to Jago Russell, the Director of Fair Trials stated:

“Whilst INTERPOL does not usually comment on specific cases or individuals, in the light of the significant press interest in this case we can confirm that INTERPOL’s General Secretariat did receive a Red Notice request for Clare Brown from Malaysian authorities.

In line with our standard operating procedure a review was conducted and on 9th August the request for the Red Notice was refused. All 190 member countries were informed of the decision and advised not to used INTERPOL’s channels in this matter and also requested to remove any data from their national databases.” 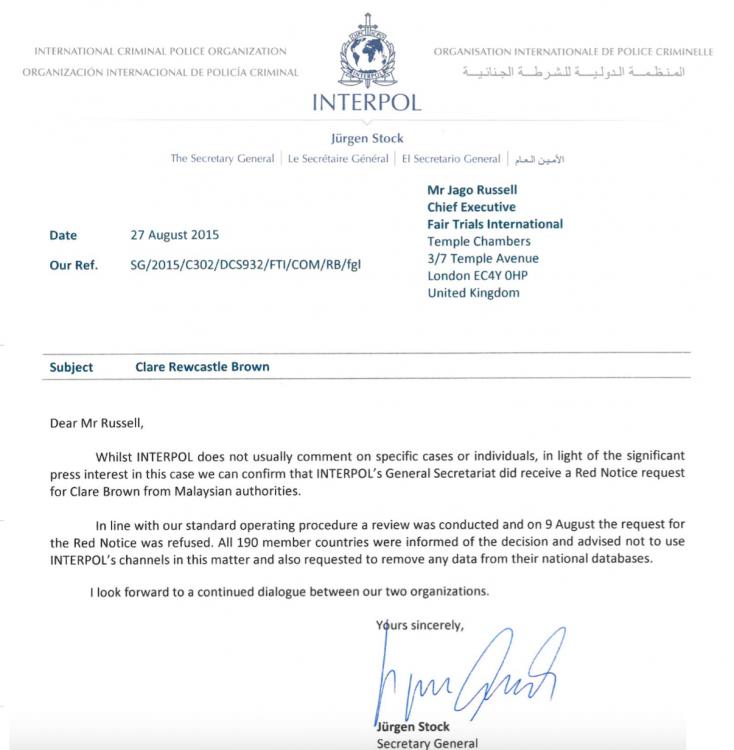 Segment of the letter from INTERPOL

Abuse of Interpol a growing concern

Fair Trials had taken up the case as an example of what the NGO regards is a worrying trend on the part of certain oppressive regimes to abuse INTERPOL in order to clamp down on legitimate dissenters.

According to a warrant issued by a Kuala Lumpur court on 4th August the charges against the Sarawak Report Editor were under Section 124B and 1241 of the Penal Code, which form part of new laws brought in by Najib Razak in 2012, supposedly to counter terrorism.

Mohamad bin Salleh, the Director of the Crime Investigation Department of the Royal Malaysia Police then issued a triumphant press release, announcing that Interpol and Aseanpol would be immediately alerted with a view to gaining extradition of the journalist from countries worldwide.

The grounds for the supposed criminal offence simply do not exist in most countries, however, and hardly appear to merit equating a female journalist with the armed hijackers and terrorists who are normally placed on this list.

Press Notice from the Royal Malaysia Police this month

The Malaysian authorities then compounded the extra-judicial flavour of their proceedings by bragging to the media that the Inspector General of Police had raised the issue with Jurgen Stock personally and was confident as a result of getting a ‘good outcome’ for the request:

Fair Trials had pointed out to INTERPOL that such attempts at back room influence-peddling violated the due processes of the organisation and INTERPOL’s reply again indicates that the international police organisation equally disapproves of Malaysia’s lack of proper standards of procedure. 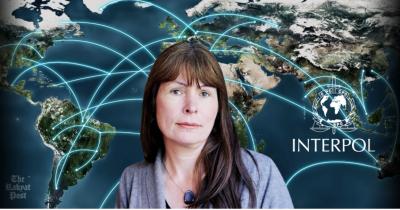 The move against Sarawak Report was part of a wider clamp down on the Malaysian media and opposition leaders, which has come in the wake of revelations about the misappropriation of funds from the One Malaysia Development Berhad fund (1MDB) and the discovery of hundreds of millions of dollars allegedly ‘donated’ into Prime Minister Najib Razak’s personal bank accounts.

The arrest warrant was issued shortly after Sarawak Report published the scoop that the former Attorney General had been in the process of drawing up a charge sheet against the Prime Minister himself in the hours before he was summarily sacked by Najib.

The thinly disguised attempt to silence journalists using this inappropriate measure of a Red Notice drew international attention as a result.

A petition by the German NGO Rainforest Rescue on behalf of Sarawak Report and condemning the arrest warrant raised an astonishing 60,000 signatures within a few days in Germany alone (Jurgen Stock’s home country).

Rainforest Rescue, which has joined the condemnation over the destruction of Borneo, was on the point of launching further petitions in Spanish and English to raise further international awareness before this announcement was made by INTERPOL.

The news that the international policing organisation has rejected Malaysia’s attempt to use its powers and authority to clamp down on legitimate expression and criticism of corruption in the country comes as a serious blow to the Malaysian Prime Minister’s own authority on the even of the anti-corruption march by the Bersih (clean) movement this weekend.

It once again brings into question the Malaysian Prime Minister’s judgement in handling the growing criticisms against his government and his apparent failure to understand how others now view the situation facing his own administration.