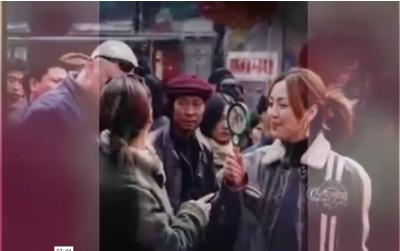 Lively model had visited Paris with Baginda during Scorpene deal

Shocking new evidence has emerged over Malaysia’s most notorious murder case, with the airing of an explosive documentary about the death of Mongolian model Altantuya Shaariibuu at the hands of the Prime Minister’s bodyguards, broardcat on the world news channel Al Jazeera’s 101 East programme today.

The gripping and closely documented report by the veteran Australian reporter Mary Ann Jolly contains allegations that the man who shot Altantuya was none other than her ex-lover Razak Baginda, a close aid of Najib Razak, who earlier this year alluded to “rogue cops” being engaged in a motiveless murder.

Even more astonishing are text messages retrieved by Al Jazeera from the mobile phone of Sirul Azhar Umar, the man convicted of the killing, which show the convicted bodyguard was blackmailing Prime Minister Najib Razak for millions of dollars to stay in Australia and “say nothing” about the case just before he was re-arrested.

This way, said Sirul, “I won’t bring down the PM”!

Tellingly, the response from Najib’s intermediary Abdul Salam bin Ahmed was that Sirul’s demand for a total of AUS$17 million was “being discussed”.  Salem has regularly visited Sirul, who is being held at the Villawood detention centre in Sydney and is believed to be involved in funding his legal team in Australia. 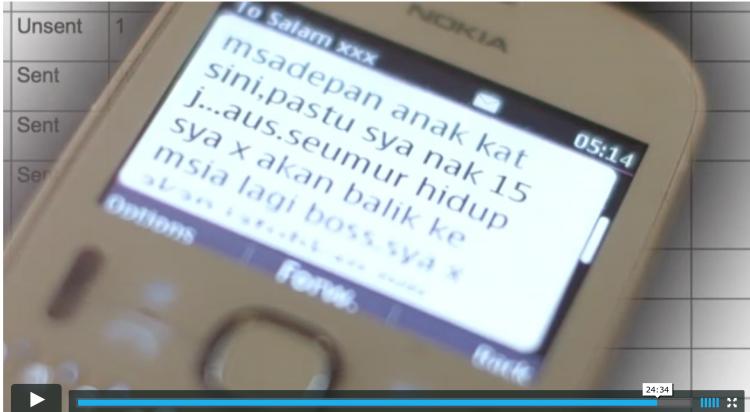 “I want 15 million and I won’t return to Malaysia ever. I won’t bring down the PM”

According to the programme, Sirul confided to an Australian relative that the person who had shot Altantuya was none other than the former boyfriend, whom she had been trying to blackmail, Razak Baginda.

The relative who was interviewed, but did not want to be identified told Mary Ann Jolly: 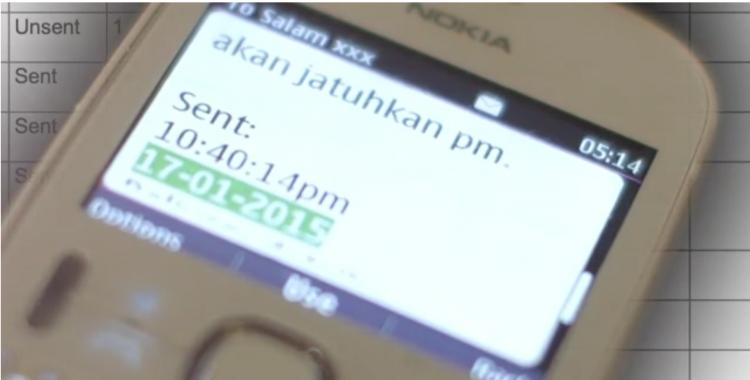 Salam’s response was “they want to discuss”

Baginda, who was Najib’s personal negotiator for the Scorpene Submarine deal with France was never put on trial or questioned as a witness for the murder, despite being on record as having contacted Najib’s bodyguards to help him deal with the harassment from his former lover. 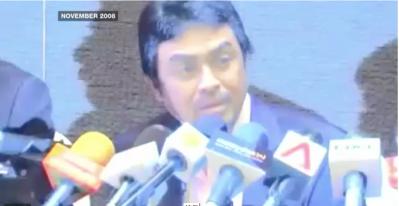 According to Sirul, his relative said, there were three at the murder scene. Baginda had shot Altantuya, but the two bodyguards had been tasked to then destroy the corpse with explosives.

In January Baginda had told a press conference that the case was an example of “rogue cops” and denied there was any further need to establish motive for the killing of his ex-girlfriend who was blackmailing him with her knowledge about kickbacks on a major defence deal.

“He [Sirul] told me he went back and he blew the body to pieces.  I said “you had a choice of walking away from the situation and leaving it alone” – and he said “I would have been dead” because of what he knew” [said Sirul’s relative]

There will now be international pressure to re-open the case where a key witness is now incarcerated in an independent third party state with a strong legal system.

The conduct of the original trial, which was heavily criticised by judges in Malaysia’s own Court of Appeal last year, will inevitably be found wanting, threatening another embarassment for Malaysia related to yet another Najib cover-up.

Najib had been Altantuya’s lover also

The programme also confirms that there was testimony by the key witness Bala that it was Najib Razak who had originally been the lover of Altantuya and that he had passed her on to Baginda during the course of the Scorpene deal, which has been the centre of a court investigation in France over hundreds of millions of ringgit paid  in kickbacks to companies controlled by Baginda.

Baginda was managing the deal to build three submarines with French contractors as a ‘personal envoy’ for Najib while he was Defence  Minister (in the same way that  Jho Low later acted as Najib’s proxy in the board room of 1MDB). 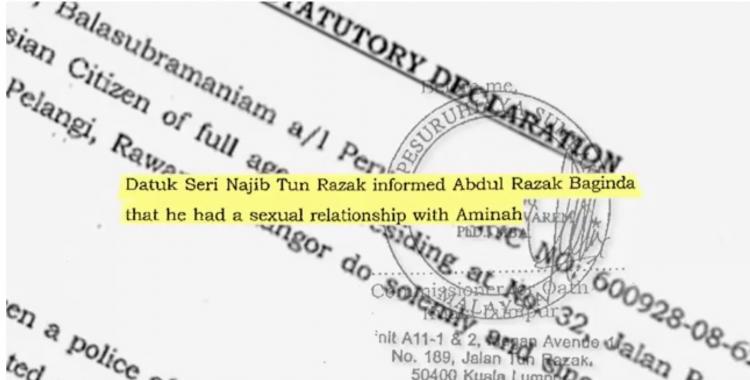 Programme says Najib had introduced Altantuya to Baginda at a diamond exhibition in Singapore….where Rosmah was presumably shopping

Najib has denied knowing Altantuya, but the film details contradictory evidence and analyses the entire cover up of the shocking murder case through a heavily manipulated trial, which refused to permit examination of why Najib’s bodyguards abducted Altantuya outside Baginda’s house and who ordered them to kill a woman they did not know.

There is a rare interview with the widow of the key witness PI Bala, who details how her husband was threatened and bribed to change his initial statutory declaration about the crime by none other than Najib’s own brother.  The couple were bundled into hiding abroad. 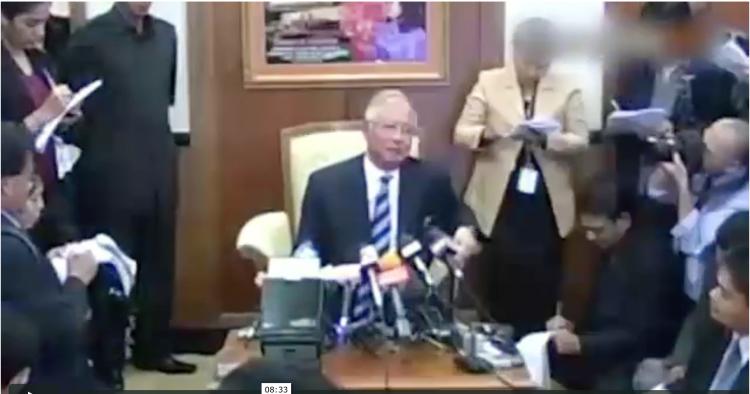 Najib told reporters that Bala’s evidence was untrue, at the same time the witness was being threatened to change his story and leave the country

The dramatised documentary, which contains chilling scenes, also features the father of Altantuya, who is now launching a civil case over the death of his daughter. He describes how he is fearful himself to return to KL.

The long belated televising of such a blatant cover up of murder orchestrated around a senior political figure threatens to globalise a case that for years has been kept firmly under wraps by the powers that be in Malaysia. 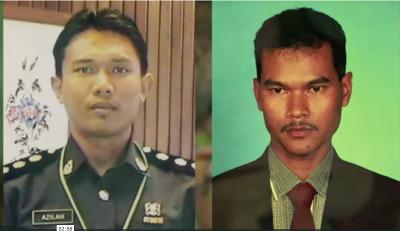 What motive? Najib’s two elite bodyguards who took all the blame

Reporter Mary-Ann Jolly is filmed being thrown out of the country when she arrived at Kuala Lumpur airport in an attempt to interview the Prime Minister about the extensive evidence collected by the programme.

You can watch the half hour documentary that has brought yet another skeleton crashing out of the Prime Minister’s closet – this time it is the fragmented body of Altantuya Shaariibuu.

Grand theft is one thing for a politician to find himself uncomfortably more than close to, murder is quite another. 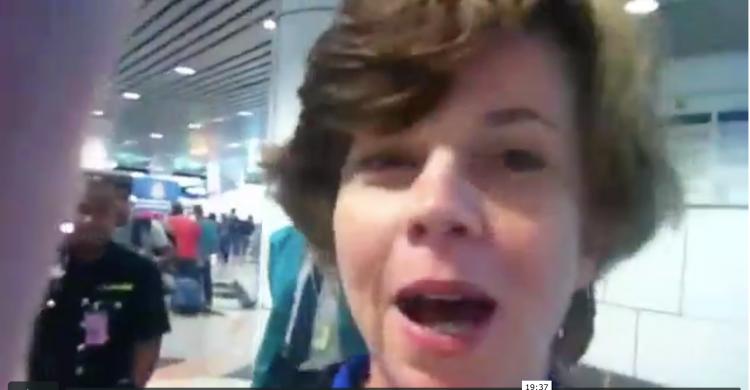 Mary Ann Jolly, another foreign journalist thrown out of Malaysia for questioning Najib