Doris Is Left Stateless By The Malaysian Dictatorship! 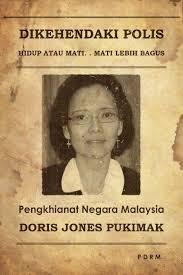 Sabah born Malaysian national Doris Jones has been left stranded in the UK without a passport and effectively stateless, owing to the latest abuse of legal rights by her government.

Doris, who has been working for several years in the UK, had applied for a renewal for her passport, which expires in a few days.

According to normal procedure she was invited up to London yesterday to pick the new one up.

However, she then met an obstacle, as she told Sarawak Report.  High Commission officials simply refused to issue her with the document as promised.

“In the end they said I could try coming back” Doris told Sarawak Report, “but I am not sure I want to risk going there again under the circumstances”. 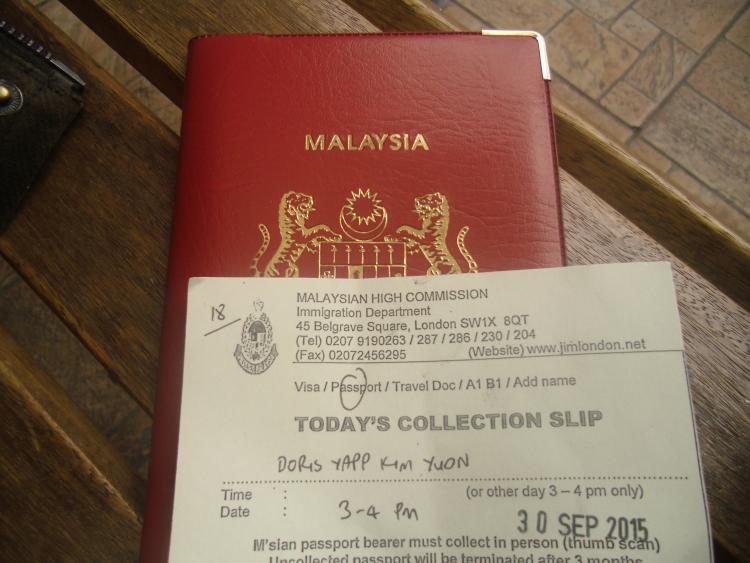 Doris had received the normal invitation to collect her new passport – but when she arrived at the London High Commission it was denied!

These circumstances are that Doris has provoked yet another of the new Home Minister’s high handed “terrorism” charges by openly voicing her concerns about the abuse of Sabah’s constitutional rights by the present government.

In Doris’s view (and she is not alone by a very long way) the commitments made to the Borneo states at the time of merger and independence have not been adhered to by the Federal Government.

Doris has therefore dared to openly say (on Facebook) that she thinks that Sabah has a valid right to declare the agreement voided as a result of these violations and to consider its case for independence.

To even dare to write such a thing to friends on Facebook has caused a sensational reaction on the part of the Malaysian authorities and their barking Home Minister, who today announced that “noisy minorities” will “end up in Hell” (clearly forgetting that it was his own party which won the minority of votes at the last election and only took power through gerrymandering seats).

So the full force of Malaysia’s new laws to shut up critics (under the guise of calling them terrorists) have been marshalled against this single, middle aged professional lady, who has a circle of Facebook friends to whom she uttered these remarks. 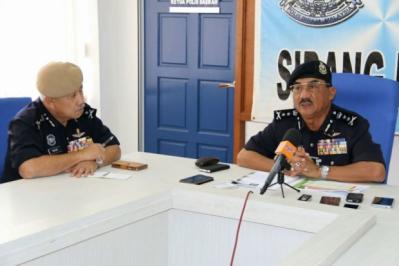 The full force of the authorities turned out to denounce Doris

Doris has had a warrant for her arrest issued in January by the Malaysian authorities on grounds of so-called ‘sedition’ and the police have even attempted to get her extradited from the UK on these grounds – something they have now conceded to be a hopeless case.

Her situation starkly resembles that of several others who have dared to speak out against a regime that is rapidly evolving into a criminal entity and ceasing to observe the rule of law.

The writer of this blog has been subjected to identical threats, for example, and the anti-corruption campaigner Khairuddin Abu Hassan was last week thrown back into jail, after original charges against him were rejected by the courts, under the new “anti-terrorism” legislation that allows for indefinite detention without trial. 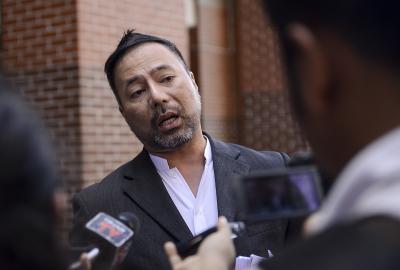 His offence?  – reporting criminal corruption in the state-owned 1MDB development fund to international regulators, which ministers have chosen to describe as “state sabotage”.

This government has relieved itself of the burden of having to provide the slightest evidence or proof for such charges under their new “terrorism” laws, supposedly introduced to get bombers and mad extremists off the streets.

Definition of a dictatorship by Najib

Meanwhile, in the US, Malaysia’s Prime Minister, who has presided over all this outrage, has been causing sniggers all week, by declaring at staged PR events that his country is “a mature democracy”.

People are readier to believe his other claim that he plans that nothing will budge him from his position at the head of government.

Najib’s US listeners know only too well that mature democracies allow for opposition, protest and dissent. 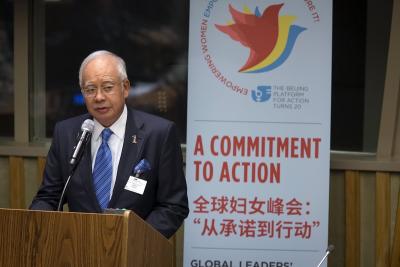 Kidding no one – Najib Razak has joined the dirty dictator list and dragged Malaysia with him.

Mature democracies allow for and expect to see regular changes of government.

And, crucially, in mature democracies the rule of law cannot be circumvented by the commands of the boss man Najib.

It is no longer any kind of secret that Najib has driven what was a relatively promising candidate for democracy into the ditch by his destruction of the rule of law in Malaysia, in order to save his own political position.

He has removed all checks and balances (and a large chunk his cabinet) assuming dictatorial power.

It was duly noted how on arriving in the UK this ‘democratic leader’ arranged for a 40 limo entourage to accompany him and his wife from their state funded jumbo jet at Farnborough airport up to London.

It was also noted how, on their departure, the same plane was loaded to groaning point with boxes of new purchases and acquisitions.

And the growing list of critics being charged and incarcerated on trumped up pretences without trial back home is yet another signal for all to see.

The world knows a dictator when they see one.