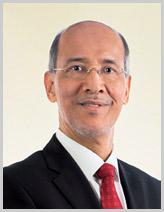 Sarawak Report has now received a devastating vindication of its exposes of 1MDB through the release of further Board Minutes, which the Prime Minister and 1MDB executives have been fighting to keep secret for months.

Damning documents from a Special Meeting of the Board held on Saturday October 3rd 2009, shortly after the signing of the joint venture with PetroSaudi, reveal that furious Directors complained at how US$700 million was siphoned off from the company’s original US$1 billion investment in the venture.

So extreme was their concern that the Board even demanded that efforts should be undertaken to ensure the return of the money!

“arising from the gravity of the situation, the following instructions/requests were made by the BOD to the Management:

Get the money back!! – unprecedented debacle

The statement by the 1MDB Board further confirms the claim by the Bank Negara Malaysia  last week that the money invested in the joint venture was not used in the manner agreed.

Yet, despite such devastating comments by the members of its own Board, the present CEO of 1MDB, Arul Kanda, has maintained for weeks that our reporting on the matter has been misleading and inaccurate and that nothing had been untoward with the deal.

It is a matter of record that the then Chairman of the Board, Mohd Bakke Salleh, one of Malaysia’s most senior corporate figures, resigned shortly after this episode, along with another Director, Azlan Mohd Zainol.

Wilful disobedience of the Board by 1MDB Management

The availability now of a series of relevant minutes shows a pattern of wilful disobedience of the Board by 1MDB management.

Critics believe this indicates they were taking orders from another source, presumed to be the Minister of Finance/Prime Minister, who we now know was secretly the only person authorised to sign investment decisions and his official advisor, Jho Low (into whose bank account the US$700 million eventually went).

The minutes make it absolutely clear that the Board considered themselves inadequately informed and ultimately misled over the siphoning of the US$700 million into Jho Low’s Good Star Limited. 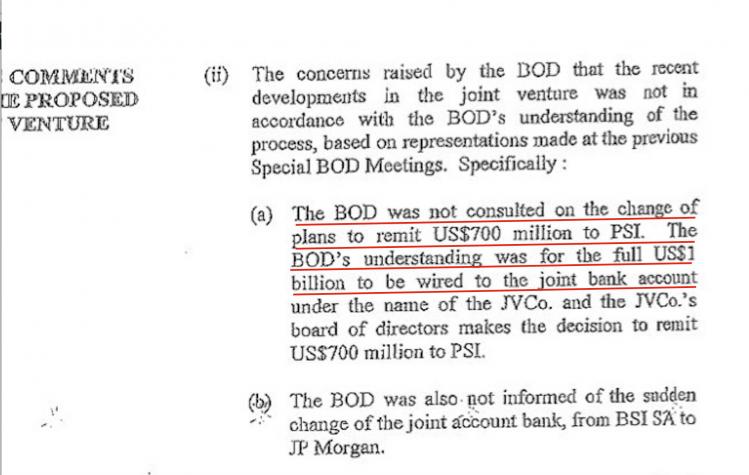 We now know from the previous minutes of September 18th that all the members of the 1MDB Board had expressed unhappiness on learning that the company PetroSaudi was not attempting to bring cash to the joint venture, only a supposed injection of assets.

The Board had resolved that PetroSaudi should inject “at least” US$1 billion in cash to merit their 60% share of the company.

However, by October 3rd the minutes make plain that the Board of Directors had realised these demands had been simply ignored.  PetroSaudi had been allowed to get away with merely injecting “assets” into the venture.

What the minutes show is that at this juncture the Directors were already alarmed as to whether sufficient checks had been made to be sure that even these assets were genuine.

Significantly, the minutes record sharp questions by Board Members over why this deal had gone through at such breakneck speed, when they had understood that a thorough valuation of what PetroSaudi actually had in the way of assets ought to have taken till the following March 2010 – 6 months instead of just two weeks! 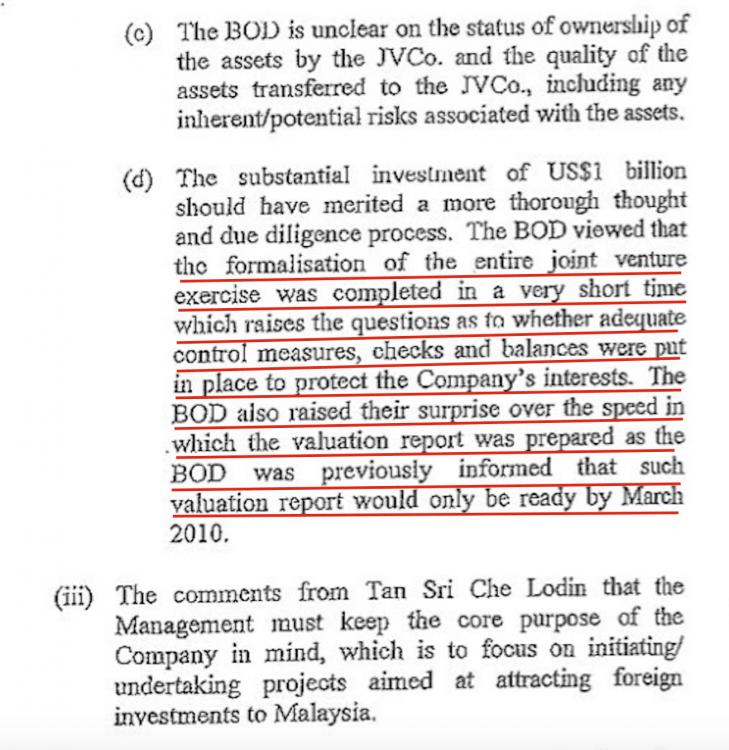 Why the rushed job? Where the due diligence, asked Board Members?

These are precisely the issues which Sarawak Report and numerous others have raised over the past few weeks as details of the PetroSaudi deal have emerged and on each and every occasion 1MDB CEO Arul Kanda has dismissed our concerns and sought to discredit our evidence.

Now we know that (unless Mr Kanda is going to deny the authenticity of these minutes) 1MDB’s own Board of Directors had been arguing exactly the same issues from the moment the deal was signed without their proper permission!

It is worth mentioning that the conduct of breakneck speed deals has subsequently become a signature feature of the loss-making 1MDB. None was so breathtakingly fast at the 1MDB /Aabar “strategic partnership” venture signed 12th March 2013, after which 1MDB raised US$3 billion within exactly one week!

The bankers Goldman Sachs charged a staggering US$300 million for the service of finding the money and gave the explanation that their client had been in an exceptional hurry.  One wonders why there was such a hurry to raise the money for a proposed project to build the Tun Razak Exchange, when two and a half years on little has been built?

As Sarawak Report has previously mentioned, two days after this money was raised  US$681 million was transferred into the Finance Minister/ PM’s bank account from an “anonymous donor” to support the election which was called just a few days later.

Once again the loan has turned out to be disastrous for 1MDB, which soon lost the money on ill defined payments, thus adding to its mountain of debt.

The October 3rd minutes also confirm the concerns we have reported about the so-called valuation of PetroSaudi’s assets by the US banker Ed Morse.  Arul Kanda may have dismissed the matter when it was raised by opposition MPs, but the Board of Directors was also clearly extremely shocked at the situation that had developed with a billion dollars signed off into a joint venture where plainly not the slightest checks had taken place.

The demands that the board are minuted as being forced to make AFTER THE EVENT are as breath-taking as anything so far produced in this lamentable story of malpractice: 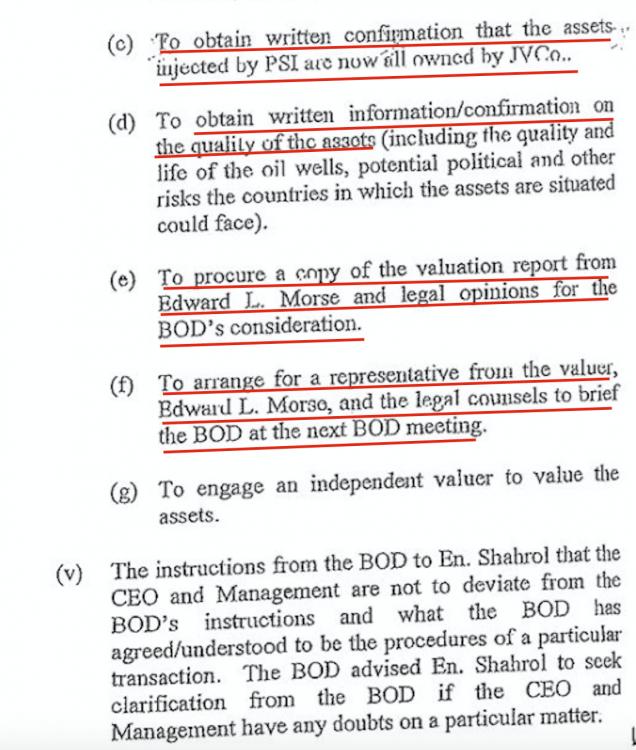 Imagine asking for such checks AFTER signing away a billion dollars!

Section iv of the minutes (above) makes plain that the Board was forced to demand from management that they make some of the most basic possible checks on the deal AFTER they had paid out the money!

These checks included getting confirmation that the assets PetroSaudi claimed were genuine; checking that the assets were of the value claimed; getting a copy of the Ed Morse ‘valuation report’ (meaning 1MDB had still not got a copy five days after the deal had been signed); to drag Morse in for questioning on his findings and also to get a separate “independent valuer” to do another report on PetroSaudi’s worth, because as the Board clearly realised, Morse was not independent and had been hired by PetroSaudi!

What an unbelievable mess the 1MDB Board Directors had found themselves facing that Saturday 3rd of October in the aftermath of a deal that had been driven through like lightning without them having signed off on the details!

In the final paragraph (above) CEO Shahrol Halmi was ticked off like a boy in the Headmaster’s study and told to obey rules in future and that if he was unsure of his remit he should ask his bosses on the Board.

Yet, in truth Halmi had got his way, however meek his response. The money had been got out of 1MDB and into the Good Star account and it was never coming back: this was plainly the purpose of the PetroSaudi deal, since there has not been a squeal of complaint from the Minister of Finance over the loss of the money nor from PetroSaudi nor 1MDB’s management either!

Was the 1MDB JV signed behind the backs of the Board of Directors?

The fear and panic radiating out of normally dry minutes, in the case of this dramatic October 3rd meeting, represents a realisation by Board Members that US$700 million had just been snatched from public funds through the Jho Low PetroSaudi heist of the century.

What they imply is that the entire signing had been done behind their backs and without their knowledge!

Minutes from 18th September made clear that the Board were originally informed that the planned date for signing the deal was the 28th of the month – they were told (untruthfully) by Casey Tang that the King Abdullah himself would be needed to ink the paper.

The Board knew mid-September when the deal was due to be signed, despite talk of no valuation before March

However, the same September 16th minutes also show that the Board had demanded PetroSaudi commit cash rather than mere assets for the deal to go ahead.

From the later minutes on 3rd October one concludes that notice had later been given that the Saudis would nevertheless only be paying in assets, in which case the Board had responded that the date must be postponed until those assets could be checked (not before March).

If so, this request from the Board had plainly been ignored by the powerful forces propelling the deal, including Jho Low, his ‘Big Boss’ the Prime Minister and the tame figures in 1MDB management.

As we know none of the Board’s demands were met.

The Chairman resigned to be replaced by a compliant long-term agent of the Prime Minister from his days at the Ministry of Defence, Lodin Wok Kamaruddin, who has waived through every 1MDB deal without a murmur ever since.

The new Prime Minister had got his way with little resistance from the supposed decision makers of 1MDB – after all, they weren’t really the decision-makers anyway, as we now know.