Malaysia Should Sue Goldman Sachs And All Complicit Banks! 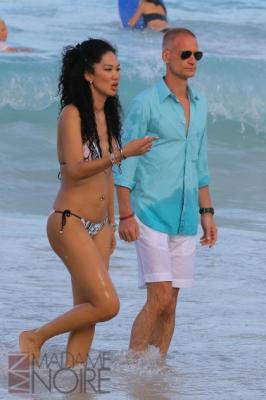 More time for the seaside – but how about some real pay back for Leissner and others?

The news today that Goldman Sachs has now formally acknowledged that its South East Asia Chairman, Tim Leissner, has indeed ‘left the bank’, sometime earlier this month, indicates they plan to make him their high level fall guy over the 1MDB imbroglio.

Malaysia should make sure that this controversial and domineering international bank does not get away with making this single employee their scapegoat or cutting a behind-closed-doors deal with regulators over its role in a theft that goes to the heart of existing problems in our global financial systems – thanks to illegitimate behaviour by banks.

If the various banks had abided by the law then 1MDB’s public money could not have gone missing – therefore the Malaysian public have a right to demand their money back and for punishments to be meted out.

After all, bank robbers go to jail, so why do robber bankers never feel the cuffs?

Any half-decent Finance Minister would have already set the ball rolling in this respect, but of course, this is one of those cases where banks thought they were protected by the political authority of their client, who IS the Finance Minister.

In fact, money laundering regulations state the opposite position, which is that banks are required to exhibit extra due diligence when dealing with politically exposed individuals, for the very reason they may potentially abuse their powers.

Exposes by Sarawak Report and others have shown that Goldman Sachs, RBS Coutts, BSI Bank, Edmund de Rothschild Bank Privee, JP Morgan Suisse, Falcon Bank and of course the ANZ majority owned AmBank all have serious questions to answer with respect to the loss of funds from 1MDB.

It’s taken years to flush out the truth, whilst all these institutions looked the other way and kept the cash – now they should pay the penalty.

It is simply is not acceptable for Goldman Sachs to attempt to let the buck stop with their now former employee, the bogus Dr Tim Leissner.

When Sarawak Report first protested, way back in 2013, that all was not well with the way Goldman had appeared to handle the 1MDB power purchase and Aabar bond issues, there was deafening silence: 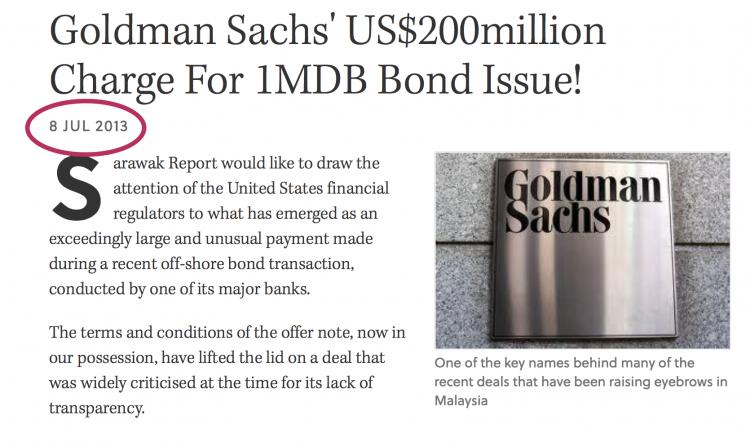 In fact, there was some fall-out.  A few months later one of the financial commentators, who had also been raising veiled questions about GSI’s lucrative bond deals noted the odd departure of Roger Ng from the bank, amidst the growing political row in Malaysia about 1MDB.

Ng was Tim’s close subordinate.  He had previously worked for Deutsche Bank, whose close associations with corrupted Sarawak leader Taib Mahmud had also been questioned by NGOs and this blog, but were until recently aggressively ignored by the German financial giant.

When Leissner hired Ng into Goldman he therefore bought his way into Ng’s Sarawak contacts and then up into deals with Jho Low and Najib.  Together they set up the Terengganu Sovereign Wealth Fund, which morphed into 1MDB and the rest is a history of exceedingly lucrative deals for Goldman. 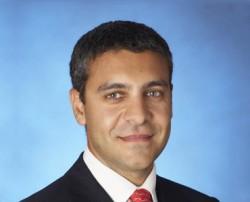 Decision-maker? Andrew Vella was the man further up the food-chain from Leissner in Asia

It seems that a decision was made to let Ng take the rap when the noise grew louder in 2014. But, what did Goldman Sachs decide to do about Leissner?

Well, despite the by then prominent coverage of the concerns over 1MDB and its huge sums of missing money, the hierarchy of that bank went ahead and promoted him to Chairman of South East Asia around the very same time in mid-2014.

How could Goldman Sachs have possibly promoted this man without checking out the controversy around the deals that had made Leissner one of the highest earners for the bank in the period 2010-2013?

It seems they even over-looked his false academic credentials in their eagerness to keep the hundreds of millions he had earned for the bank.  It is clear that Leissner’s superiors at Goldman Sachs have had every opportunity for years to investigate and act upon these deals and instead they sat silent and promoted the man behind them.

One of these superiors, Andrea Vella knows all about being pursued over controversial government deals.  He is currently embroiled in a case brought by the Libyan Investment Authority for mishandling of its interests by Goldman Sachs.

Now that GSI are plainly finally in discussions with investigators over these matters, they will be in a position to inform exactly how the massive US$3 billion, which was raised for 1MDB in just one hurried week by the bank just days before Najib Razak announced the 2013 election, was eventually disbursed.

Did it go into legitimate 1MDB accounts or was much of the money siphoned off into thinly disguised bogus accounts, as earlier was the case with Good Star and the money supposedly invested in PetroSaudi?

Malaysians will be particularly interested to know if any of the GSI bond issue money was tranfered to Aabar owned Falcon Bank for example or to any Aabar or Jho Low related accounts off-shore?

After all, it was two days after that US$3 billion was raised by Goldman, that US$681 million appeared in Najib Razak’s private KL bank account, via Falcon Bank.  Malaysia at large is simply not buying the Prime Minister’s changing excuses on this matter and today 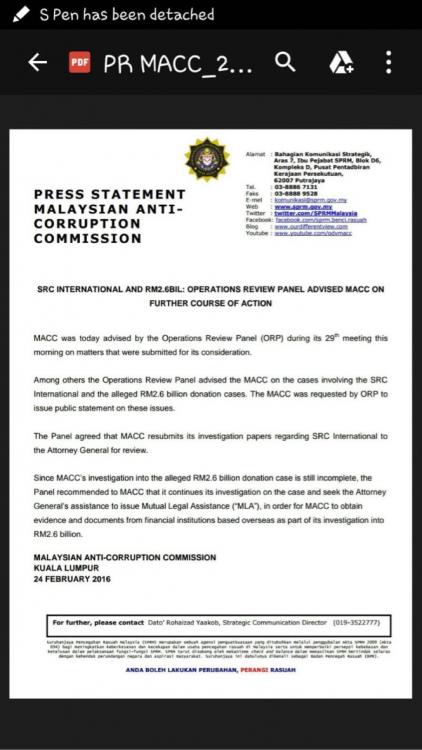 the MACC Operations Reveiw Panel backed the anti-corruption commission’s request to be allowed to continue its investigations.

They also publicly requested that the Malaysian Attorney General should get on and do his lawful job, which is to grant them the necessary authorities to request international assistance in their enquiry into these very matters.

That international assistance would provide just the information that the authorities which might end up suing miscreant banks are looking for. Najib is blocking it.

For years Goldman Sachs knew there were issues about their employee and the 1MDB deals.  But, instead of doing the right thing about potential wrong doings they promoted their ‘rainmaker’ and looked the other way.

Other banks who should be equally on notice are ANZ bank, who have supplied all the major executives for their majority shareholding in AmBank and failed to report or do anything about the humungous sums pouring into the Prime Minister’s secret accounts.

This bank is still refusing to comment on the matter or take any apparent action and they are refusing to inform shareholders why they received a recent major fine from the Bank of Malaysia for evident transgressions.  Don’t shareholders have a right to know when their bank has been caught and fined for failures of this nature?

A swathe of banks world-wide have stood by for years and gone for cover-up rather than owning-up.  Malaysia should teach them a lesson and find themselves a new Finance Minister who sues the shirts off their backs.