Will Jho Low's Fire Sale Include The World's Most Expensive Ever Painting?

The art world and 1MDB watchers have been intrigued by the news that Jho Low has gone from ‘fine art collector’ to flogging off his Monets, Picassos and Basquiats at million dollar discounts over the past few days.

He did so in return for a US$100 million loan from the auction house, according to Bloomberg.

The situation adds up.  After all, Jho Low’s bank accounts have been frozen in Singapore and he is likewise being investigated in Hong Kong, the US, the UK and of course Switzerland, which would imply his bank accounts there are also frozen.

Under such circumstances, which bank is going to lend him money?

The development has flushed out a lot more of Low’s artwork purchases, since he is selling items that most people didn’t even know he owned – all at a loss. 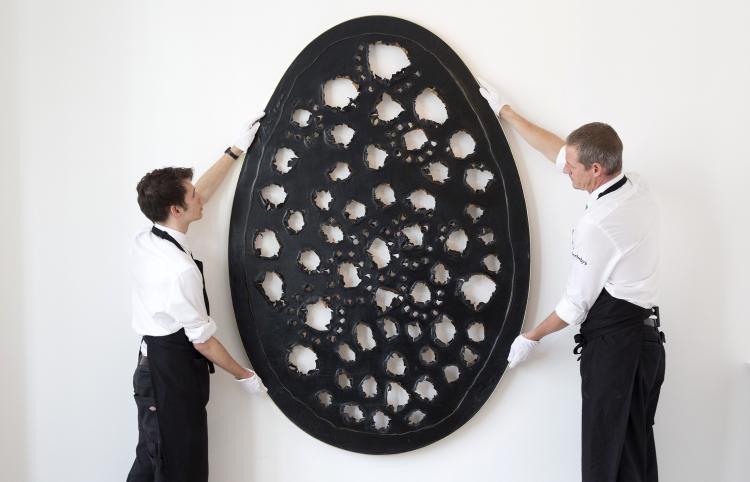 But what everyone is wondering is will Jho Low be putting the picture of the century up for sale next, which is the Picasso “Women of Algiers” that broke all records as the most expensive ever painting, bought last May for US$141 million?

The painting went to a “mystery buyer” at an auction at Christies in New York. We know that Jho Low was at the auction, because he also put his Rothko up for sale. 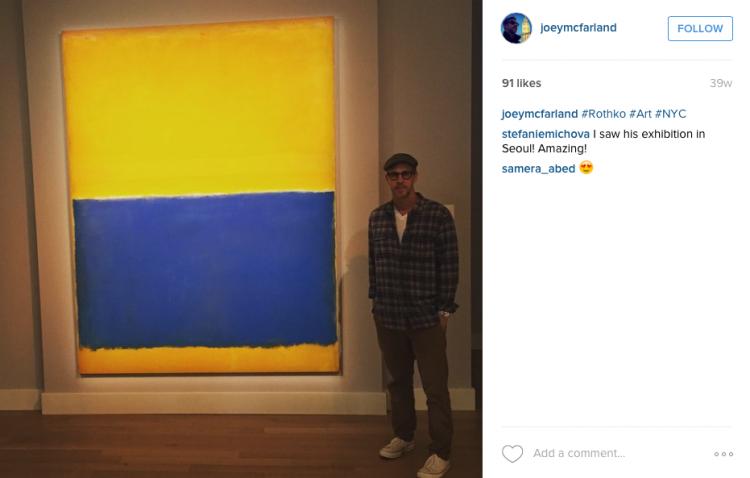 Joey McFarland photographed himself that day next to Jho Low’s Rothko!

Tweeting himself standing next to that Rothko on the day was none other than a pal from Jho Low’s ‘inner circle’,  Joey McFarland.  Joey is the partner of Najib Razak’s step-son Riza Aziz at the production company Red Granite Pictures, which produced Wolf of Wall Street,  starring the group’s ‘rat pack’ party pal, Leonardo Dicaprio.

What a small world it has become.

It can be noted that the other picture which Joey tweeted himself standing next to that day was indeed none other than the world record price-winning Women of Algiers! 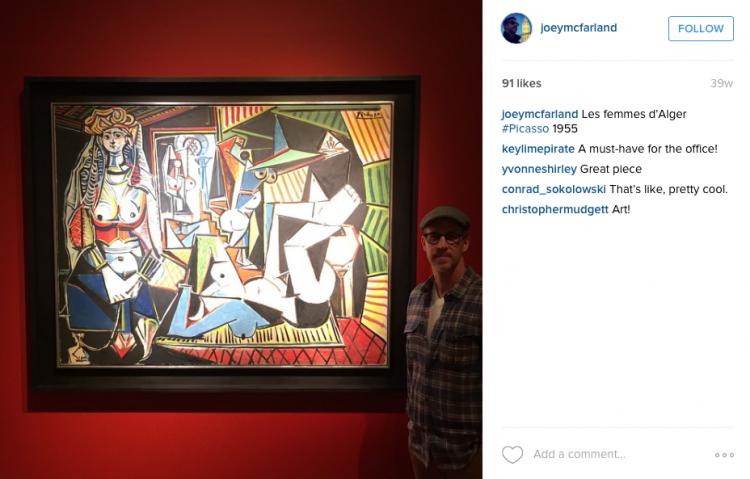 Me and the picture that broke the record – Joey McFarland

If Jho Low was not the buyer, then no one has yet identified yet who was.

The momentum behind the massive spending that has rocketed prices in the art market since 2010 was identified by experts as spending by “newly wealthy investors from emerging economies”.  Who can we think of who suddenly got rich in 2010?

“Prices have been climbing since 2010, helped by the arrival of newly wealthy investors from emerging economies seeking status symbols and more assets to hold their money. Participants now are questioning whether values will hold up amid this year’s global market rout and a drop in art auction sales.” [Bloomberg]

Another interesting attendee at this New York event was a separate member of the Jho Low circle of pals and of Najib sons – the Thai instagram addict from the Songatheepol family.

He also posted his pals the very same picture! 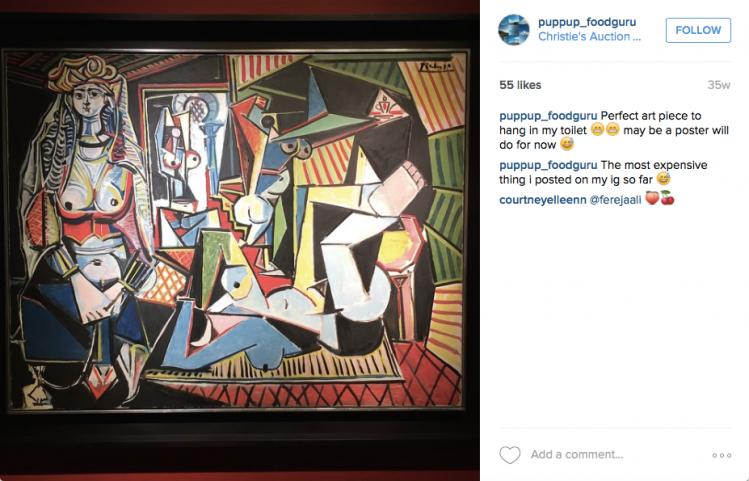 All Jho’s friends seemed to be at this auction and tweeting this picture! 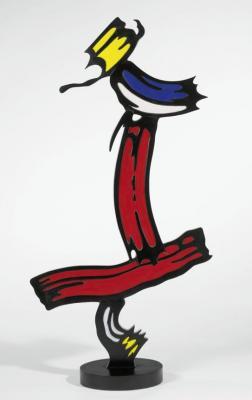 If Jho Low was indeed the ‘investor’ who spent US$141 million on one painting one wonders how much he may discover it has fallen by if he needs to sell it now?

There are, of course, other reasons for the splurge in the art market, besides the “fine tastes” of the Low family of art collectors.

Members of the circle around Low and his close nightclubbing pal Aabar’s sacked ex-CEO, Khadem Al Qubaisi, have revealed to Sarawak Report that there is boasting in those quarters that paintings, classic cars and properties are the best way to launder large sums of money quick.

Both Al Qubaisi and Low have been eye-poppingly large investors in all three commodities, according to our researches over the past year and both are now being investigated by various authorities from Abu Dhabi to the US.

Meanwhile, anyone seeking a discounted mega-yacht should perhaps take a trip to Aukland in New Zealand, where Low’s Equanimity is berthed for a re-vamp. 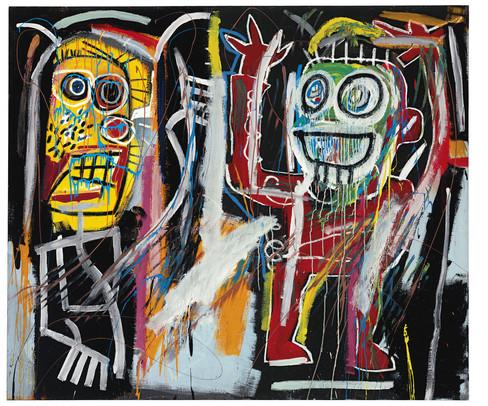 Jho Low is also the owner of Basquiat’s “Dustheads” – Will it also be up for sale soon?