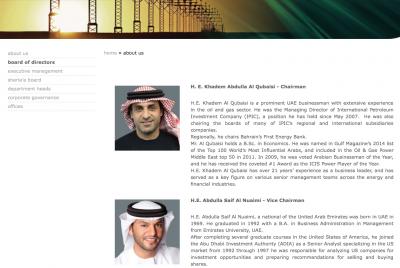 Sarawak Report has learnt that the twin operators, who drove 1MDB’s relations with Abu Dhabi’s Aabar fund (a subsidiary of IPIC) have been quietly dropped from their remaining key posts in the private sector.

In the course of the past week Khadem Al Qubaisi has been removed as Chairman of the First Energy bank, in which his company Tasameem was a major shareholder.  Likewise, his business side-kick Mohamed Al Husseiny has also vanished off the board. 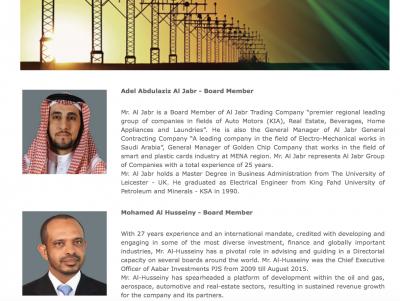 Both men featured prominently on the investment bank’s website until just days ago.

However, there appears to have been no public announcement and it is not presently known whether Al Qubaisi has sold his shares in the bank, or indeed whether these have been frozen in the light of on-going investigations by international regulators into money which has disappeared from 1MDB and Aabar.  What is clear is that although these two key operators from the bank have disappeared from the Board, as yet no replacements have been announced. 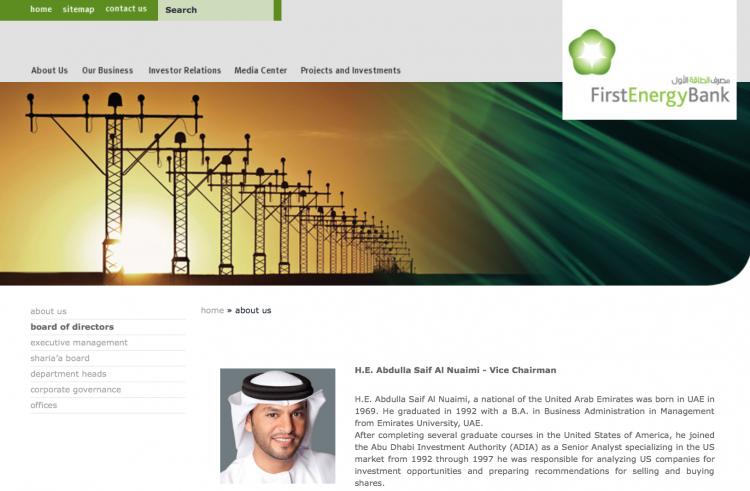 Both Khadem Al Qubaisi and his loyal lieutenant Mohamed Al Husseiny were dropped from Aabar and their related posts linked to the IPIC sovereign wealth fund last year, after a string of irregularities emerged connected with the disappearance of billions of dollars from Malaysia’s 1MDB, with whom Aabar had conducted a number of bond deals. 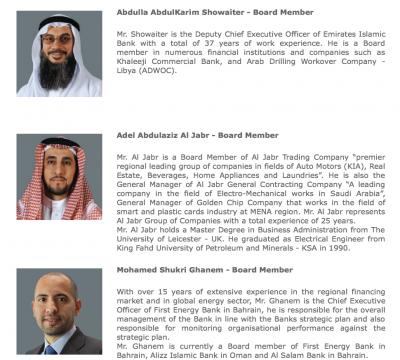 The men are known to have been personally close to the businessman and 1MDB advisor Jho Low and also to the Prime Minister, Najib Razak.

When questions were asked about how Razak’s step-son Riza Aziz had managed to fund the production of a series of multi-million dollar Hollywood movies it was Al Husseiny who eventually stepped forward to claim that he was the major investor.

The salaried civil servant has not provided any explanation as to how he himself managed to access such enormous funds. 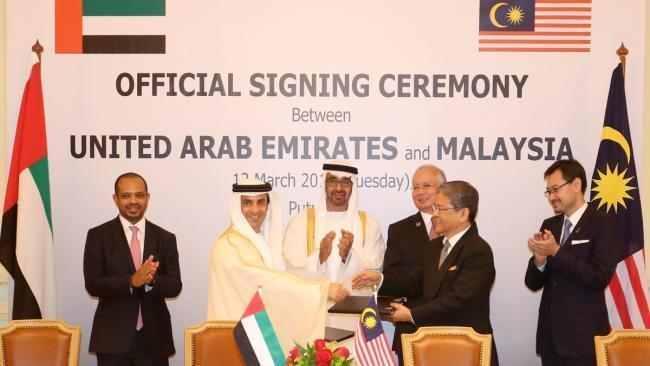 Happier days in March 2013 – Al Husseiny (left) and Al Qubaisi (2nd left) shake hands on a JV with 1MDB Chair Loden Wok Kamaruddin, who was today challenged to step down over money owed to the Army Veterens’ Fund by 1MDB (Lodin is on the Board of both organisations) – PM Najib Razak looks on.

Al Qubaisi, who received over half a billion dollars into his Luxembourg Bank from two companies owned by Jho Low, according to researches by this blog, was removed from his IPIC posts in April 2013, just at the time that 1MDB was struggling to repay massive debts to various banks.

Al Husseiny remained in post a few weeks longer and one of his last actions was to enter into an agreement with 1MDB for Aabar to carry its debts (amounting to US$1 billion in the immediate term and further payments later in the year) until June 2016 – at which point 1MDB is supposed to repay with equivalent but unspecified assets.

Al Husseiny’s agreement has plainly turned out to be a burden for Aabar, which in the past few weeks has been itself forced to borrow money on the international markets at unfavourable rates to keep afloat.

The authorities in Abu Dhabi are unlikely to be thankful.

First Energy Bank is a major player in Abu Dhabi.  Last year Sarawak Report noted that Khadem Al Qubaisi, through his privately owned company Tasameem Real Estate Co. LLC (a partnership between himself and his brother Saeed bin Butti Qubaisi) is the largest shareholder, followed by the Libyan Investment Authority.

If, as is believed to be the case, many of the former top civil servant’s inexplicably acquired vast assets are now frozen, this bank and other concerns, such at the Zaya resort chain (also co-owned and co-chaired with his brother) will be facing difficulties.

The co-adventures between Malaysia’s 1MDB and its contacts at Aabar seem to have caused almost as many headaches for the Emirates State as in Kuala Lumpur itself.