In a letter addressing the KTS-owned company BLD Plantations, the Malaysian environmental group, Friends Of The Orangutans (FOTO), have hit back at allegations by BLD’s Executive Director, that critics are trying to “score mileage and gain favour from their sponsors” by providing factual research and testimonies from indigenous communities affected by BLD’s continued peatland clearing in Sarawak.

The letter points out that FOTO have “been to the ground” and “meticulously verify information before making any public statement or taking action” and reiterates that “all reports are verified by satellite images, photographs and interviews of villagers in and outside BLD’s Igan concession”.

One of the articles printed on the front page of the KTS-owned Borneo Post and written by BLD Executive Director, Wan Abdillah Hamid

Late last year, an NGO alliance raised their concerns about BLD’s environmental impact in a meeting with Sarawak’s Chief Minister Adenan Satem. These concerns were based on “serious consequences from loss of biodiversity and habitat, to loss of above ground biomass” as well as the emission of “around 37 million tons of CO2 into the atmosphere.”

Matek Geram, an activist from Sarawak Dayak Iban Association (SADIA), who have been monitoring activities in the area told Sarawak Report that:

Forest loss and loss of forest products such as rattan and animal extinction are all a result of BLD’s activities. 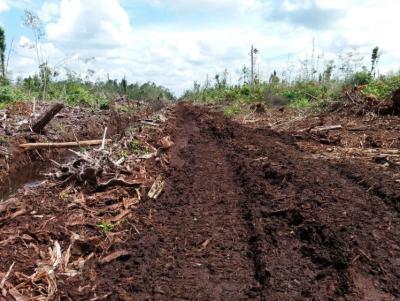 BLD Plantation is, of course, a subsidiary of Sarawak’s notorious crony logging mega-conglomerate KTS Group. According to environmental reports, KTS have been caught destroying the jungles of the Amazon as well as Borneo.

Despite initially feeling optimistic about their meeting with Adenan Satem, the silence has been deafening.

FOTO say their emails to BLD have been ignored and questions left unanswered:

We have not heard back from anyone. Chief minister Adenan declared there would be no more deforestation for palm oil in Sarawak but carbon rich peat forests and local communities continue to suffer at the hands of BLD.

Since the meeting, unfortunately, despite many efforts to follow up, the chief minister and his staff have not provided any substantive follow-up, or evidence to show they are taking action. Meanwhile, BLD seems to have cleared more land, and just announced the acquisition of two new companies – suggesting it is not feeling pressure from government to reform. 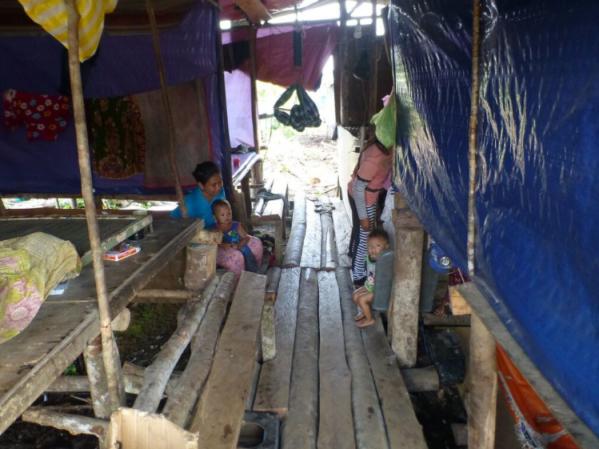 But now Kuala Lumpur-based FOTO have drawn attention to the disastrous impact BLD’s peatland clearing is having on the local Iban communities:

According to the villagers in Kampung Tutus, one of the villages in Igan which has been affected by the company, even after year 2000 the area surrounding their village (also part of their NCR land) was still forested and they had used it as a means of subsistence before BLD cleared and replaced it with oil palm plantations. As a result, Kg. Tutus villagers are dragging BLD (and another palm oil company) to court to win their NCR lands back. Alarmingly we have been informed by a villager of intimidation by the company related to BLD’s legal embroilment.

BLD claims its relationship local communities are productive, amicable and cordial. Based on investigations by FOTO and our partners these claims appear to be quite contrary. The company claims it has helped build houses, a school and even provided electricity for villages in its concession. One village, when informed of this claim, scoffed the company. Investigations in other villages in the concession barely showed any sign of development. 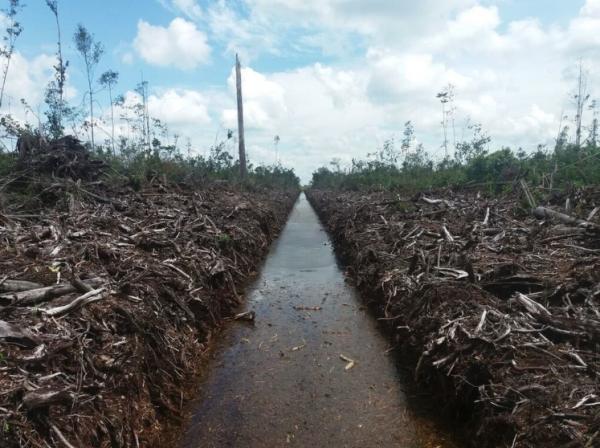 In line with the United Nations Declaration on the Rights Of Indigenous Peoples (UNDRIP) and the communities rights to “free prior and informed consent”, FOTO have strongly encouraged BLD to make their Environmental Impact Assessment (EIA) for the Igan concession public.

Deborah Lepidus also highlighted that Chief Minister Adenan Satem has yet to release the government’s own “public” maps showing the location of timber and oil palm concessions as well as EIA reports. Suggesting that Sarawak cannot change for the better until basic changes are made.

Instead of trying to mislead the public and discredit us and other NGOs, BLD should instead address our concerns and stop clearing immediately.