As Malaysia Stands On An Economic Brink, Who To Believe? 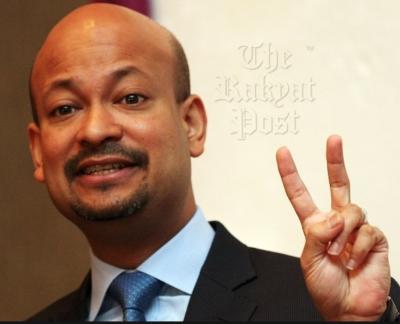 Believable? 1MDB CEO Arul Kanda declares 1MDB has been a financial success, although he has belatedly admitted US$3.5 billion might have been defrauded!

Finance Minister Najib Razak now has to decide whether to pour tax payers’ money into bailing out 1MDB.

If he does not, the government owned fund will go into default and there will be a disastrous run on the ringgit.

Thus, the entire economic stability of Malaysia is now at risk for the sake of Najib’s job and the only certainty is that everyone else in the country is going to have to pay from their pockets to bail him out.

DAP finance spokesman Tony Pua today justifiably complained that he warned of this scenario last year, when it became plain that the Abu Dhabi emergency bail out of 1MDB in June was based on a Malaysian government guarantee – for which he was aggressively chastised by 1MDB CEO Arul Kanda:

“it is irresponsible of Tony Pua to suggest that the recent binding term sheet between 1MDB and IPIC, a commercial transaction, has resulted in further guarantee obligations by the government of Malaysia” fulminated Arul Kanda last May.

Now Abu Dhabi’s IPIC has thrown down a legal gauntlet with a statement that makes clear that a Ministry of Finance guarantee was exactly what underpinned that US$1 billion dollar loan (which has ballooned to 3 billion as Abu Dhabi shouldered further debt repayments over the year) – now due to be settled with interest: 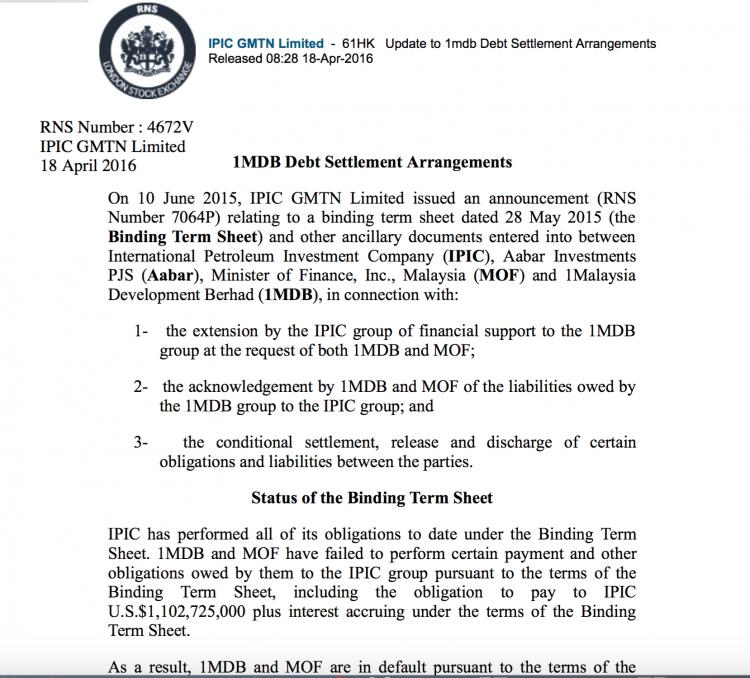 See you in court the new IPIC management have told 1MDB

It has put the Malaysian government at loggerheads with a country that till now was amongst its most prized political allies and has brought the country to the brink of an immense economic crisis.

As we await Najib’s next move, his own brother has attempted to lead by example, stepping down from his position as the Chairman of CIMB Bank to enable an independent investigation of a US$7 million payment he cashed for Najib – relative peanuts in the grander scheme of things.

Yet, Malaysians continue to be informed that the entire case against 1MDB is a cooked up story, fabricated by forgers (namely this blog) and fuelled by an extraordinary conspiracy between Malaysians of all political affiliations to undermine Najib, in order, it is alleged, to replace him with the son of Dr Mahathir as Prime Minister.

Presumably this ‘evil coalition’ must now include his own brother.

So, who to believe?

So, are Malaysians to believe Abu Dhabi, Switzerland, Singapore, Luxembourg, the PAC report, the world’s free media (whom Najib fears to sue) and indeed Sarawak Report, over what appears to have been a major theft from 1MDB, or rather the PM and Arul Kanda, who continue to argue it is all ‘politically motivated’ lies?

Multiply sourced evidence from across the world corroborates without discrepancies a clear picture of systematic theft, which Najib has failed to bring a single piece of evidence to disprove, beyond a five second statement from an Arab foreign minister, which Malaysia’s Government controlled media has misrepresented.

In order of events, the PetroSaudi company database, published by Sarawak Report, provided the first clear evidence to prove that money was being deliberately siphoned out of the fund, in this first instance using a Saudi private company with pretensions of representing the Saudi state.

This was followed by evidence from investigations by Malaysia’s own authorities from the MACC, Central Bank and police, which dug up stunning information showing that enormous payments had been made via 1MDB straight into the Prime Minister’s accounts. SR got the scoop.

The Attorney General drew up a charge sheet in response to those findings, which Sarawak Report also published, just as Najib was using Special Branch to by-pass the normal forces of the law, in order to arrest the colleagues and senior officials who had exposed the misappropriations. 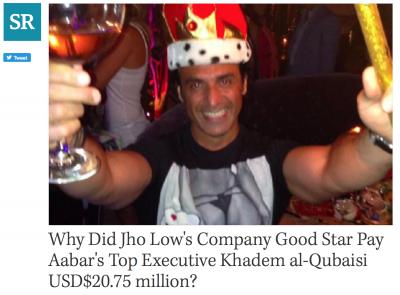 When Malaysia’s Bar Association protested at such illegalities he threatened to force the same Attorney General to become their Chairman.

Meanwhile, the entirely separate unravelling of 1MDB’s second set of joint venture deals, this time with Abu Dhabi, has worked only to further substantiate the evidence that the primary purpose of the fund was to steal money.

Once again the IPIC/Aabar ventures were presented as ‘state to state’ enterprises by Najib and his orchestrator Jho Low. However, it has emerged that it was merely a conspiracy with two of the fund’s most senior personnel, who set up a bogus subsidiary into which billions were funnelled from 1MDB under the guise of payments for guarantees and option settlements.

These officers, Khadem al Qubaisi and Mohamed Al Husseiny were sacked by Aabar/ IPIC after Sarawak Report exposed their inappropriate relationship with Jho Low last March and then highlighted the suspicious nature of the ‘strategic partnerships’ with 1MDB. 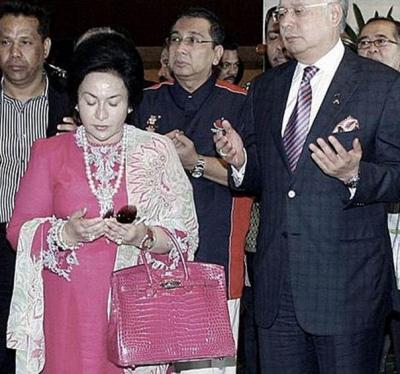 Simple explanation for where the money came from

US$3.5 billion had gone missing, in short, and international investigators have now made clear that the money trail from Aabar and PetroSaudi leads straight back through the intermediate network of accounts managed by Jho Low and Khadem Al Qubaisi/ Al Husseiny to the billion dollar accounts of Najib Razak and his wife in Malaysia and elsewhere.

So, the Malaysian Prime Minister will soon have to add the global banking system and several international regulators to his list of alleged political conspirators and master forgers, or accept that the liars are himself, Jho Low, Arul Kanda, Shahrol Halmi and their communications teams at Putrajaya.