IGP Junket In Italy With Wives In Tow At 5* Hotel - WHO PAID?! 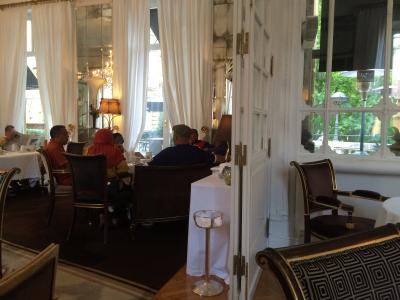 At least ten officers of the Royal Malaysia Police, led by Inspector General Khalid Abu Baker, have been spied over the past week junketing in one of Rome’s most expensive Five Star hotels, along with their female companions.

Observers passed the information to Sarawak Report, which has confirmed that Abu Baker and several officers are indeed currently on an ‘official visit’ to Italy, in order to supposedly study techniques on controlling mafia activities.

The entire party is believed to be scheduled to travel on to London today, Thursday, for further ‘skills training’.

It is therefore to be understood that this is a visit being paid for by taxpayers, which begs the question why these officials were staying at the 5* Majestic Hotel in Rome and why they were accompanied by their wives?

Did they all also fly to Rome first class and were the costs of these wives also paid for by taxpayers?

A fellow guest, who spotted the IGP among the large group of Malaysians with their wives at the hotel, told Sarawak Report that their manner was arrogant:

“They were very casually dressed and although their wives were covered they were all in the non-halal buffet of the hotel, enjoying the spread. The Italians love their pork cuts and bacon of course, so it seemed they were content to behave in a way they make a show of not behaving back home”, the observer told us.

Afterwards, many of the casually dressed police officers repaired to the grand balcony of the hotel where they indulged in expensive cigars.  Sarawak Report wonders if these too were put on their expense account? 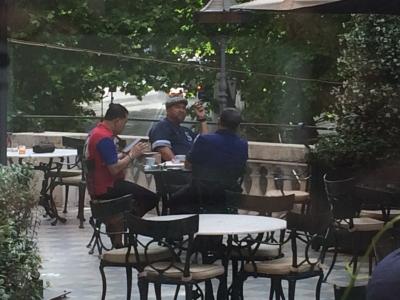 Cigars afterwards on the balcony

The Majestic Roma Hotel is in central Rome and boasts easy access to all the key tourist and shopping locations.  It is also the home to 5* luxury and cuisine.

The Home Minister reportedly visited the Italian Home Minister, Angelino Alfano, last December and decided that it was important for his own police officers to study the Italian approach to such matters as dealing with organised crime and cyber security – Italy has the worst tradition of any European country of rampant mafia activity.

Whilst it might be argued that, although Italy are the least successful of any European country in controlling organised crime, they do have the greatest experience of the problem, it must surely be questioned why wives were needed on this trip? 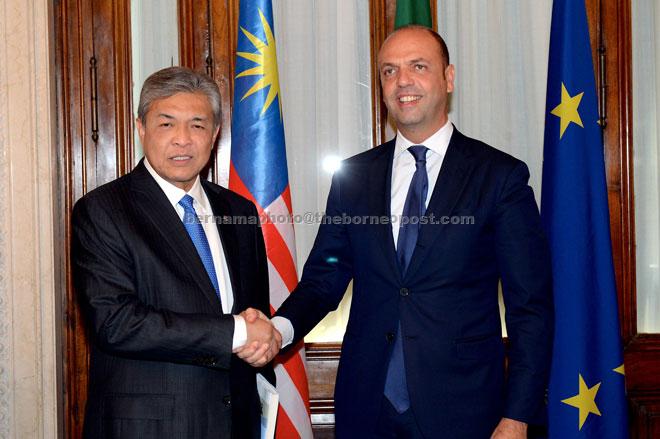 Might not the presence of family members distract from the intensive anti-crime skills training which these senior officers were charging the taxpayer to receive?

Yesterday, the entire party was due to be transported to the famous shopping centre of Milan in Northern Italy to extend their skills training, before moving on to London.

Last month Sarawak Report also reported that the Inspector General of Police had set up a gun selling company using his daughter and brother in law, just months before he was appointed to the job.  Only he can sign permits for gun licences.

It will leave Malaysians again wondering where their greatest danger of organised crime resides and whether the worst criminals are not those who are controlling the country and running the forces of law and order themselves?