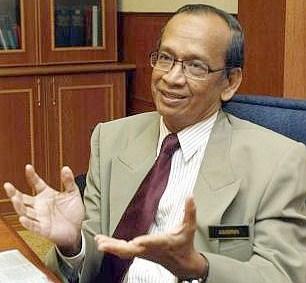 Auditor-General Ambrin Buang could not be compromised, so they just made his report “secret”

All last year Malaysians were told to ‘be patient’ for the Auditor-General’s report, before they complained about 1MDB. Then ‘all would be revealed’, BN politicians told the public.

But when it was completed Najib instead decided to make the entire report an Official Secret.  Funny that.

Then today the Prime Minister/Finance Minister/Chairman of 1MDB, Najib himself, blamed all the fund’s problems on the failure to float the fund (ie to entice ordinary folk to buy shares in this floundering enterprise).

He blamed that failure on critics like Sarawak Report and all the opposition and press which questioned 1MDB’s gaping debts.

At which point, an exasperated Tony Pua (DAP’s finance spokesman on the Parliamentary Accounts Committee) suggested that maybe the US$7 billion which the Auditor General had identified as gone missing from the fund had more to do with the failed flotation than criticisms from observers?

“The Auditor-General has specifically confirmed that US$7 billion of 1MDB assets and transactions overseas cannot be verified or traced. The figure includes US$1.03 billion paid to Good Star Limited, which Bank Negara has disclosed is owned by an individual unrelated to 1MDB’s joint venture partner, Petrosaudi International Limited.” [Tony Pua, media statement]

Ooops!  Is that what the Auditor-General concluded in his report?  No wonder Najib slapped a secrecy order on it!

It means that every carping little bit of criticism those pesky ‘opposition’ people and journalists have come up with is true and more.  The Swiss Attorney General had said that in his estimation at least US$4 billion had been stolen from the fund, but now Malaysia’s own internal enquiry by its very top finance officer has almost doubled that amount to a shocking US$7 billion – Pouff all that money gone! 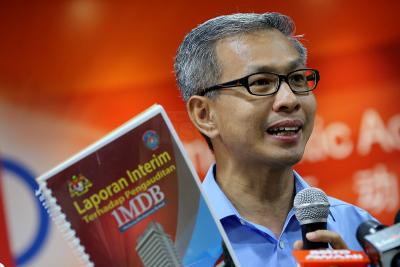 Tony Pua, the man Najib suggests is responsible for 1MDB’s woes, because ordinary share-buyers were not enticed to throw their money into covering up the losses

PAC members like Pua have of course been allowed to see the report, but sworn to secrecy about its contents, in contravention of their constitutional duty to represent and inform the people’s interests in the oversight of their assets.

The job of Parliamentarians is to hold the Government and Prime Minister accountable, but Najib does not want to be accountable, so he has shut them up.

So, will Najib now jail Mr Pua for letting slip the findings of the Attorney-General himself into 1MDB?

Or will he perhaps decide that it might be better not to draw the world’s attention to that headline figure in such a way, just as he is heading off to impress the blushing British (well they should be blushing) as a London visitor next week?

Pua and others have little trouble working out how some of that money disappeared. They begin with the US$1.83 billion that went into the original PetroSaudi Joint Venture in 2009, which the Bank of Malaysia just last week again demanded be sent back, because the Bank said, the money in fact was sent to a company “owned by an individual unrelated to 1MDB’s joint venture” 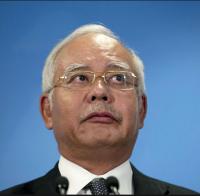 Najib – the Official Secret Act is supposed to help prevent crime, not to cover it up

Next, the missing US$2.4 billion from the so-called power purchase deals, which was sent to the fake Aabar in the BVI.  And then what about the unaccounted US$1.5 billion that disappeared from the March 2013 ‘Strategic Joint Venture’ with Aabar and has never been accounted for?

Funny that it was just two days later that US$681 million appeared in Najib’s accounts in the run up to the general election called days later after that.

There is simply no justification to continue to keep this Auditor’s Report a deadly secret, especially when it was promised as a chance for objective information to be brought for citizens to judge.

Everyone in Malaysia can see it is just a further attempt to justify the unjustifiable and to abuse the power of the government to protect a Prime Minister, who is himself the one who has broken all the rules with criminal behaviour.