Tarek's Letter - And Other Lies 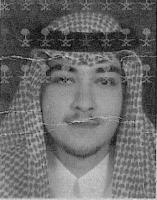 For months, investigators, including Malaysia’s Public Accounts Committee, have sought to  ascertain whether or not the company PetroSaudi International was seriously claiming to be the owner of Good Star Limited, which siphoned out no less than US$1.03 billion directly from 1MDB.

Sarawak Report revealed in February 2015 that extensive evidence showed the company in fact belonged to the Prime Minister’s side-kick Jho Low, which has never been seriously disproved.

Later last year we also published the details from Good Star’s company documents in the Seychelles, which were again confirmed by Reuters through its own sources last week as citing the owner as Jho Low …. at which point PetroSaudi has apparently started to distance itself from these claims of ownership.

As economics writer Ganesh Sahathevan points out, the statement given by one of PetroSaudi’s sets of lawyers, Carter Ruck, avoided the point entirely in their response to Reuters last week:

At which point Sahathevan re-surfaced a letter, triumphantly released by Najib’s own spinners this time last year, which at the time had gone little noticed.

On 6th June 2015, a short-lived outfit named The Benchmark released certain documents, presumably in the expectation that they would support 1MDB’s position.  Many of the documents, which boasted to be from the same PetroSaudi database released by Sarawak Report (and appear to be genuine) were designed to confirm that the 1MDB joint venture was indeed ‘government to government'; that the $700 million “loan” to PetroSaudi was genuine and that PetroSaudi had confirmed in a letter to 1MDB that it owned Good Star.

That last letter, written just a week before on May 22nd 2015, was reproduced in full on The Benchmark as ‘proof’ of PetroSaudi’s ownership of Good Star Limited. It was on PetroSaudi headed paper and the distinctive signature matches that of Tarek Obaid. 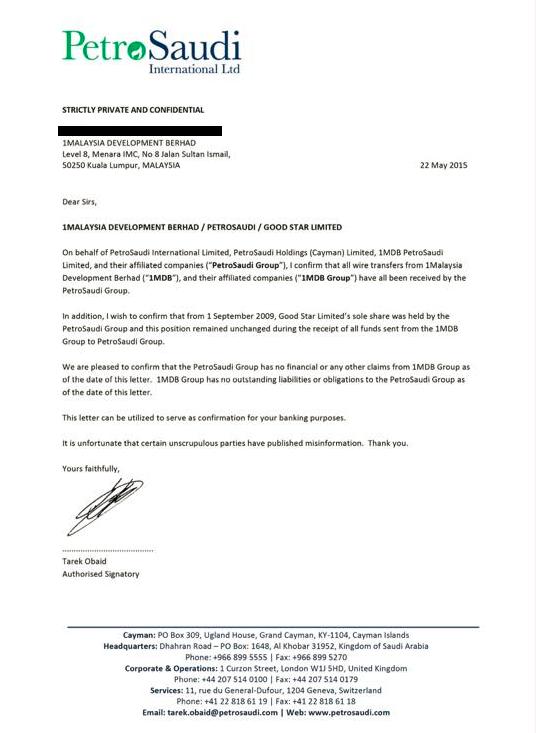 “I wish to confirm that from 1st September 2009, Good Star Limited’s sole share was held by the PetroSaudi Group and this position has remained unchanged during the receipt of all funds sent from 1MDB to PetroSaudi Group”, intoned the Director and Shareholder Tarek Obaid

“It is unfortunate that certain unscrupulous parties have published misinformation”

Yet  PetroSaudi has subsequently refused to produce any solid documentation to confirm the claim.

The global media noted the issue when the report from Malaysia’s Public Accounts Committee, referred to MPs also having been shown such a letter, but dismissed it as inadequate evidence of genuine ownership in their report. 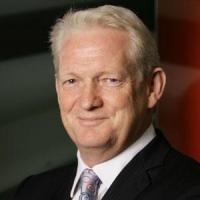 Rick Haythornthwaite – too grand to talk?

SR had also got wind of the letter late last year and wrote to the President of the company, the UK businessman Rick Haythornwaite (also Global Chairman of MasterCard), to get a confirmation as to whether PetroSaudi was indeed formally claiming ownership.

However, instead of being referred to The Benchmark or sent a copy ourselves, we were brushed off  with an insulting response from the Oxbridge-educated business bigwig.

“Even if I were to be in possession of information relevant to your query, I would be unwilling to assist you in your questionable activities” intoned Mr Haythornthwaite

Yet, if PetroSaudi had really wanted to prove to the likes of the Malaysian Public Accounts Committee that they owned the firm, all they needed to produce were the basic company documents from the Seychelles register – documents which Sarawak Report and Reuters have now finally obtained and many others have also seen…. except these prove the actual owner was Jho Low.

Now that it has been effectively confirmed by Reuters that PetroSaudi were lying on this matter, as publicly suspected by the Public Accounts Committee in their report, the company appears to have stopped mentioning the issue.

But, the signed letter is now there for all to see – proof that Tarek Obaid of PetroSaudi was prepared to lie to help get 1MDB off the hook for sending all that money to a company owned by Jho Low.

It is not hard to guess why, since back in September 2009 Good Star had sent a whopping US$85 million “brokerage fee” to Tarek, plus US$20 million from another Jho Low company, Acme Time, on the very same day, which added up to a neat 15% of the initial $700 million siphoned out from 1MDB by Jho Low under the cloak of their bogus joint venture with PetroSaudi.

Sarawak Report has also extensively and repeatedly examined the lie with regard to the bogus US$700 million ‘loan’ repaid by 1MDB to PetroSaudi at the very start of the joint venture deal. It was another of the core issues The Benchmark was seeking to dismiss.

The ‘repayment’ was justified by the notion that PetroSaudi was placing assets worth just shy of US$3 billion into the joint venture company. In fact, if a proper valuation had been conducted, it would soon have become abundantly plain to all involved that PetroSaudi had virtually no assets to speak of.  That is why the ‘loan repayment’ was a lie and a con. 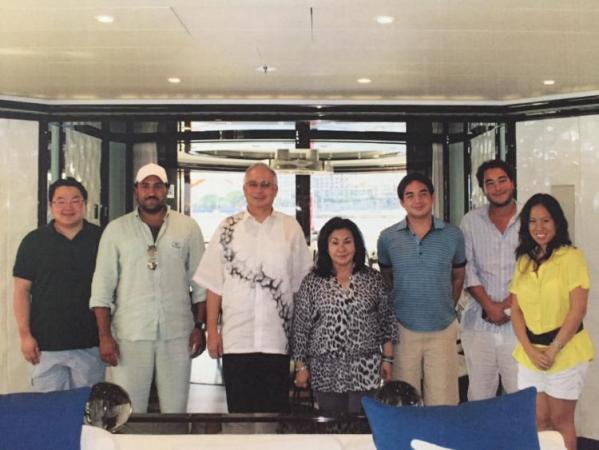 Meanwhile, the Benchmark triumphantly published further letters, confirming the co-ownership of the company by Prince Turki bin Abdullah, in an attempt to thereby suggest that the PetroSaudi joint venture was “government to government”.

However, just because one of Saudi Arabia’s many Royal Princes has shares in a private company does not make that company a “government entity”, as any but the most naive Malaysians can understand. 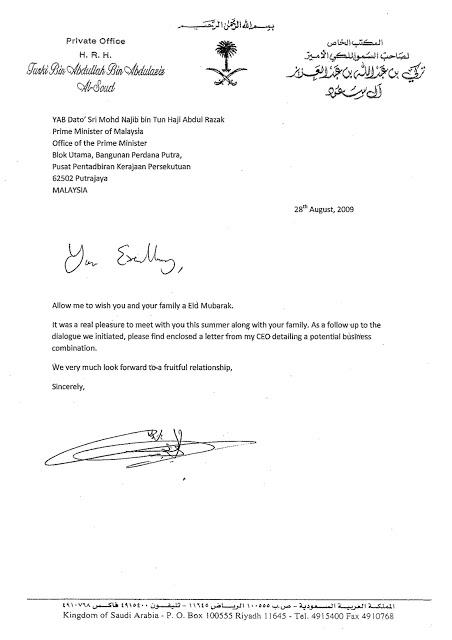 But the publication of these documents by a pro-Najib/ 1MDB blog clearly spooked the Royal personage.  Within a few weeks PetroSaudi’s lawyers were hounding newspapers with yet more libel claims, this time for alleging that Prince Turki was a shareholder of PetroSaudi!

The Prince had dropped his involvement by this stage, it turns out, but not before collecting at least US$77 million from the 1MDB deal, which Obaid had gulled him into thinking was the lion’s share of the kickbacks.

Of course, Turki and Obaid were the shareholders of PetroSaudi throughout the period of this controversial deal and they lied about the assets of that company.  When the story started coming out, Obaid then lied again to try and cover up the fact that over a billioin had been stolen, thanks to his connivance, by Jho Low.

PetroSaudi lawyers have threatened libel action in every direction against media which has dared to cover any of these matters, but action has yet to materialise.

The company says that Sarawak Report (which has so much original information and data) is beneath their notice or their dignity to sue, even though we have caused them so much trouble.  Are they now going to say the same of Reuters?