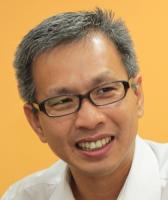 However, DAP spokesman Tony Pua has also this week reminded regulators that three of the top four global accountancy giants have also been enmeshed in the scandal, having passed a succession of the company’s accounts in the face of glaring irregularities.

A year ago Sarawak Report and other journalists raised questions with one of these, KPMG, asking what responsibility the firm’s headquarters planned to take for gaping shortfalls in oversight by its local KL team over 1MDB?

After all, the Prime Minister himself had taken to repeatedly reassuring  the public that all was guaranteed to be well with the fund, because the accounts had been scrutinised by ‘global accountancy firms’.

The KPMG response was a massive eye-opener for those who had been prepared to take Najib’s word that its brand was a badge of reliability.

Having re-ordered its affairs in 2003, the company made clear that these global accountants are no longer globally accountable.  Each branch is no longer responsible to a responsible Head Quarters, rather the sprawling brand has been re-organised into what it describes as a ‘Swiss Cooperative’ structure of equal partners, like Helvetic Cantons!

So no individual entity holds responsibility for the misdeeds of any other….

This means the KL office is answerable to no one and no one is in supervision above KL, if things go wrong.  So, in fact KPMG is no longer a global accountancy firm, just a global brand name, which enables individuals like the Malaysian Prime Minister to misrepresent accounts passed by KPMG in KL as if they shared the credibility of accounts passed by KPMG in London or New York – when clearly they most certainly don’t.

Even an average hamburger chain runs its outlets with a greater level of accountability than this custodian of financial probity the world over.  It is fair to say that KPMG have organised their business to enable them to have their burger and eat it.

This is how the Chief law officer of the company summarised the situation at KPMG International when their Global Chairman was questioned over 1MDB:

I am the General Counsel of KPMG International and am responding on behalf of Mr Veihmeyer.

KPMG International does not have any relationship with, or connection to, 1MDB”.

So, given that these grand names in the world of accountancy reckon their have legally washed their hands of any responsibility for outrageous malpractice by their local offices, let’s take a look at the present complaint from Tony Pua.

He opens by making the point that it is over a year ago since he and other Members of the Malaysian Parliament started asking about shocking accountancy failings at 1MDB, but he says that no response has yet to have been proffered on the matter by any of the responsible parties:

“I have filed complaints against the auditors of 1Malaysia Development Bhd (1MDB) against KPMG and Deloitte Malaysia, their partners Ahmad Nasri Abdul Wahab and Ng Yee Hong, in March and June 2015 respectively with the Malaysian Institute of Accountants (MIA).

I had alleged that both firms intentionally and/or negligently failed to conduct sufficient and necessary due diligence and audit of 1MDB which have resulted in the filing of fraudulent 1MDB annual financial statements.

My complaint against KPMG was for its failure to take into consideration the material disclosures of the transactions which took place in 1MDB’s then US$1 billion investment to form an aborted joint venture with Petrosaudi International Limited in 2009-2010.

Of the above sum, Bank Negara Malaysia (BNM) has confirmed to the Public Accounts Committee (PAC) that US$700 million was siphoned to an unrelated company, Good Star Limited whose ultimate beneficiary was Low Taek Jho, or more popularly known as Jho Low.

In fact, KPMG performed the arguably record-breaking feat of signing off the March 2010 financial audit within 3 weeks after being appointed in September 2010, after the original auditors Ernst & Young (EY) were sacked. EY’s had refused to sign off 1MDB’s financial statement due to irregularities in the transactions with Petrosaudi.

Most crucially, KPMG also intentionally and/or negligently failed report the fact that 1MDB’s sale of its shares in the joint venture with Petrosaudi and their conversion into a loan took place after the March 2010 financial year. As a result, 1MDB was able to report artificially inflated profits and failed to disclose the key transactions which were highly dubious within 1MDB Petrosaudi Limited”

It appears that a year on neither the local branch of KPMG, nor their International ‘Swiss Cooperative’ colleagues, with grand titles such as Global Chairman, have bothered to respond or tackle this shocking issue – despite the context of an unfolding international financial scandal. 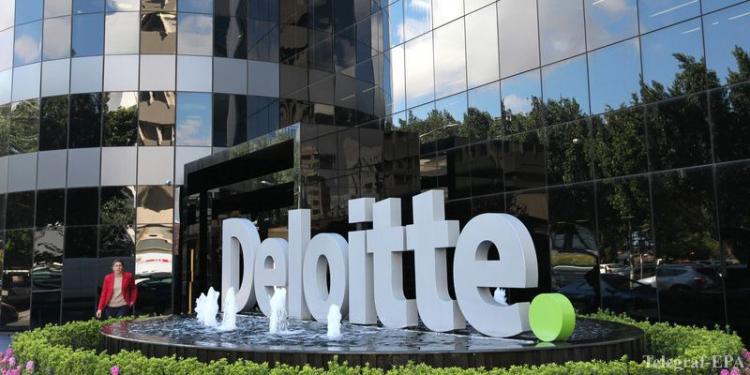 No answer from Deloitte either?

The local branch of Deloitte, where one of Najib’s son’s has a senior job, is arguably even more exposed for its own negligence after it took over from KPMG.

It would seem that even the KPMG cooperative lost its cooperative spirit as far as 1MDB was concerned, when it was eventually asked to sign off the dodgy Cayman Island ‘investment’ in 2013 without any proof there was any money actually invested.  All the evidence points to the contrary i.e. that the fund was a total and utter sham, given it was set up using the alleged profit from the PetroSaudi venture, which had all been siphoned off by Jho Low months before.

So Najib sacked KPMG and Deloitte took over the months late accounts and was soon prevailed to sign them off, after evidence was produced by management of money being flushed through the supposed Brazen Sky accounts in BSI Singapore in late 2014.

This money was advertised as the profits made from cashing in these dodgy Cayman Islands Special Purpose Vehicle ‘portfolios’, which KPMG had never been satisfied contained money in the first place.  We have analysed the transactions with the help of the Auditor General’s own figures, and all the evidence points to a sham ’round tripping exercise’ – meaning that in fact the money was pushed from other 1MDB accounts through the Brazen Sky account and then back again (to the tunes of hundreds of millions, in a number of cases flashed through in a single day) in order to give an impression of profits being paid in.

As Pua points out, any half decent scrutiny of the relevant banking documents and proper verifications would have flushed out the truth of what was going on:

I had accused Deloitte Malaysia of intentionally and/or negligently failing to conduct sufficient and necessary due diligence and audit of the cash flow and liquidity risk of 1MDB.   Deloitte endorsed 1MDB as a going concern on 5 November 2014, after which 1MDB immediately failed to repay a RM2 billion loan at the end of November 2014.

This was because Deloitte Malaysia has failed to perform a thorough authentication and verification of 1MDB’s investment in the Cayman Islands, which turned out to be fraudulent. Of the US$2.318 billion investment, US$1.15 billion has “disappeared” into the now exposed fake Aabar Investment PJS Limited which was incorporated in the British Virgin Islands.

The balance of US$940 million was supposedly kept in BSI Bank, Singapore. However, the sum appears to have disappeared altogether after the Singapore authorities shut down the bank for facilitating money laundering.

As of today, 1MDB has yet to file its accounts for March 2015 while Deloitte remains their auditors” Pua ends witheringly.

How can the global bosses of these two major firms accept to just sit and ignore these shocking question-marks over their individual KL offices for nearly a year and a half, during which time the scale of the graft and the level of scandal at 1MDB has evolved into the world’s largest ever money laundering investigation?

Are they paralysed like rabbits in the headlights or merely arrogant and confident that their clever legal frameworks can absolve them from responsibility for financial misdeeds by local officials, who have paid handsomely to employ their brand name the world over?

More to the point, do Malaysians whose public money was stolen in a heist that was covered up thanks to all this negligence have a case for these accountancy firms to answer?