Sarawak Report has learnt through the yacht-sellers’ grapevine that a massive Chinese-owned yacht is being off-loaded onto the market at a very considerable discount, which is threatening to disrupt the sales of other such sea-monsters for the ultra-rich.

It does the wider business no good and planned purchases may be under-cut by the arrival of this rival for a quick sale, some are spitting.  The vendor is apparently based in Hong Kong.

Who can it be?

Indeed, can any of these rumours be related to the fact that yacht-spotters have not failed to notice the recent arrival of the massive 92 meter Equanimity over the past few days in none other than Hong Kong, where Jho Low’s business Jynwel Capital is based? 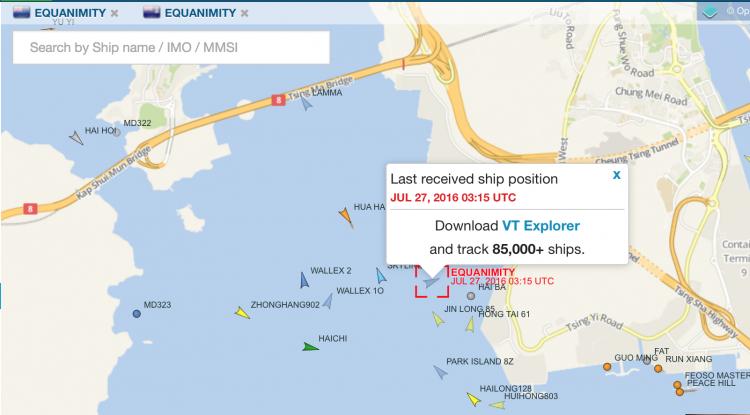 So look which yacht is in Hong Kong

The owner of Equanimity is Jho Low, who has been cruising it round the region for several months having brought it over from the Americas by taking advantage of the melting Arctic Circle (caused largely by rainforest destruction carried out by business partners such as Taib Mahmud).

Equanimity spent a great deal of the past two months holed up in the US Pacific island of Palau, but seems to have bolted around the time we mentioned the fact a week ago and suggested that it would be a brilliant asset for the kleptocracy seizure owing to its valuation of around US$600 million.

Like Jho’s artwork it is doubtless going for a much reduced price-tag under the circumstances, so all one can say is buyer beware!

Were any billionaire to remain nonetheless tempted by the thought of a knockdown of the odd hundred million, despite the dodgy ownership, they are unlikely to be offered a tour by the owner, who has long since apparently fled Hong Kong.

A popular past-time for local journalists has been to pop in to view the swish but now largely silent Jynwel offices to make unsuccessful enquiries about when they can interview Low.

So, we are happy to attach full specifications, of the ocean beast, which includes a heli-pad to await their arrival. 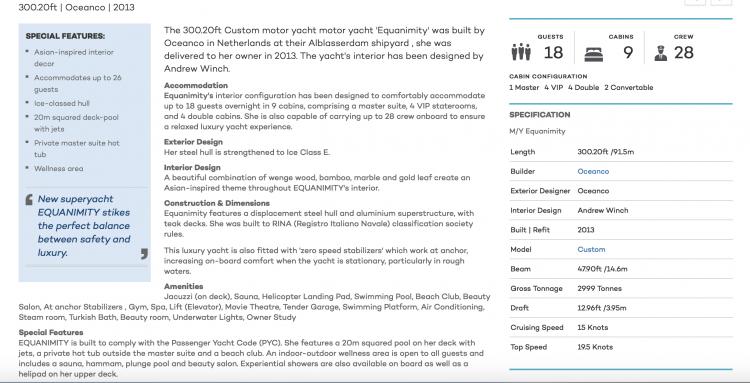 Did they miss anything vital?

Malaysians can judge whether the purchase of Equanimity for Jho Low was an acceptable use of their development money, borrowed supposedly to boost Arab inward investment and create jobs.

Meanwhile, the buyer will doubtless be further tempted by the yacht’s ‘celebrity connections’.  The Hollywood ‘eco-warrior’ Leo Di Caprio, amongst others, is known to have cavorted on the yacht during the Rio World Football Cup in 2014.  Dignitaries from the UN Foundation were co-sponsoring fundraisers there off Busan as late as last November.

Jho Low himself is currently understood to be dividing his time between Thailand and Taiwan. 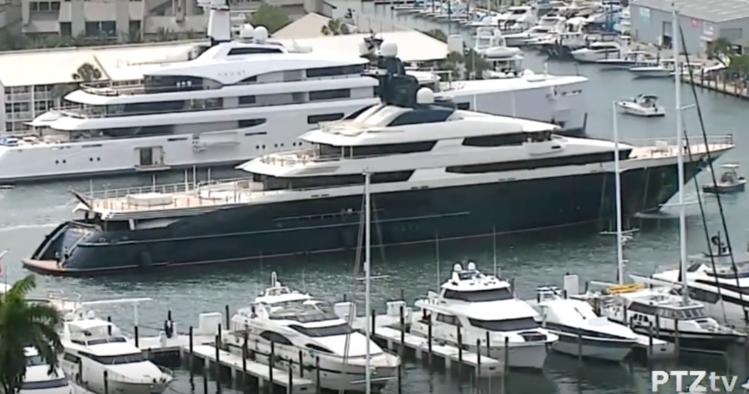