Malaysia Nombor 1 - We Go Malay For A Day! 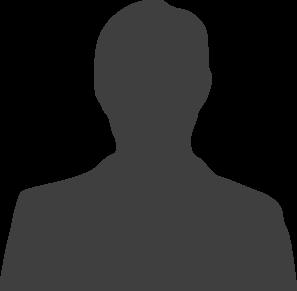 The easiest clues ever? Work out for yourself who is MO1

For all you Malay speakers “Find out for yourself who is Malaysian Official Number 1 – we present the Department of Justice Report Translated!”

This week, an UMNO Council Member, the Kinabatangan MP Bung Moktar Radin, smugly told reporters that his ‘simple rural’ constituents in Sabah had no idea about the United States Department of Justice and its report into 1MDB.

He added that neither he nor they would have a clue who ‘Malaysian Official 1′ could be.  After all, they don’t speak English.

However, thanks to determined efforts by fellow Malaysians, many of whom do speak very good English, this can all now change.  Over the past few days doughty individuals have tackled the translation of the DOJ’s 136 page document, much of which is couched in legal jargon, into plain Malay.

So, bemused local folk need no longer rely on third hand reports or find themselves misled and confused by interested parties seeking to conceal the truth of this indictment. 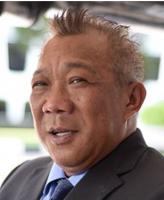 Neither do they have to choose whether to believe the interpretations of Sarawak Report and the rest of the world’s media – or Najib’s supporters, who claim there is no evidence that either he or 1MDB are directly implicated in the theft of billions from Malaysia.

They can find out for themselves [the report is currently fixed alongside the Auditor’s Report into 1MDB on the front page of our site].

Bung and his colleagues may of course resort to their favourite theme, which is to claim that this is a ‘false and doctored’ translation.

However, since the DOJ document is public and transparent and online for all to see (unlike most information produced by their own government) they will have to produce the evidence to test their point.

Sarawak Report urges readers to download our link and send the document far and wide.

Maybe people should highlight what they believe to be the salient points to pass on to friends, since Malaysia’s mainstream media have been banned from performing this basic task?

Use Facebook, Whatsapp, even email to pass on the evidence – for protection upload the document onto so many links that the authorities, who are shutting down Sarawak Report, cannot shut down the truth from the DOJ.

Then those ‘ordinary simple people’, represented by Bung and others, can choose for themselves whether or not to make their voices heard in numbers across all parties, races and religions in favour of fair, honest and clean government for Malaysia, as part of Bersih 5.

Or to settle for a world-beating, corrupt dictatorship instead.

As with online media, Najib can shut up a few hundred and pay a few thousand (or even a hundred thousand), but he cannot jail tens and hundreds of thousands of peaceful, united people, supported by many good citizens across the globe, who are now watching how Malaysian events unfold.