Speaking to an audience in Geneva yesterday DAP Finance Spokesperson, Tony Pua detailed the simple steps by which US$170 million was transferred out of the Civil Servant Pension Fund, KWAP into Najib’s personal AmBank spending account in 2011.

The transfer, long suspected by observers, represents one of the final missing jigsaw pieces in the tale of theft at 1MDB and raises further questions about the transactions of yet another Swiss Bank Julius Baer and also the role of Standard Chartered Bank, which held the bogus Blackstone Asia account in Singapore.

A total of RM4 billion was raised by SRC (set up as a subsidiary to 1MDB in 2011) with the first draw-down of RM2 billion of that money taking place in August of that year. It was then transferred abroad, supposedly for ‘international investments’, thereby making it harder for Malaysian investigators to trace.

However, in three short steps the following November, the money was simply transferred back into Malaysia and into Najib’s own personal bank account!

The intermediary was SRC International’s account at the Swiss bank Julius Baer’s Hong Kong branch in a transfer partially uncovered by Sarawak Report in March of this year.

$170 million was transferred from the Malaysian fund to its account at Julius Baer under the guise of funding foreign investments, Pua stated. The sum was then passed on to the bogus BVI company Blackstone Asia Real Estate Partners (identified by the US Dept of Justice as being controlled by Jho Low through his associate Eric Tan) and then on during the same month of November into Najib’s KL account.

Amounting to around half a billion ringgit in Malaysian currency, this represents a large chunk of  the SRC missing money long suspected to have been almost entirely pilfered by the Prime Minister and his associates. Earlier this month the Swiss authorities confirmed that they had evidence that $800 million (the vast majority of the KWAP loan) was indeed misappropriated according to their international banking investigations, but failed to release the details.

MACC (Malaysian Anti Corruption Commission) investigations have already established that over RM60 million was transferred directly from SRC locally to other accounts held by Najib at AmBank. That money was passed by Nik Faisal Arif Kamil (another associate of Jho Low) who was appointed Chief Executive of SRC and had also been given authorised status to manage these accounts for the Prime Minister. 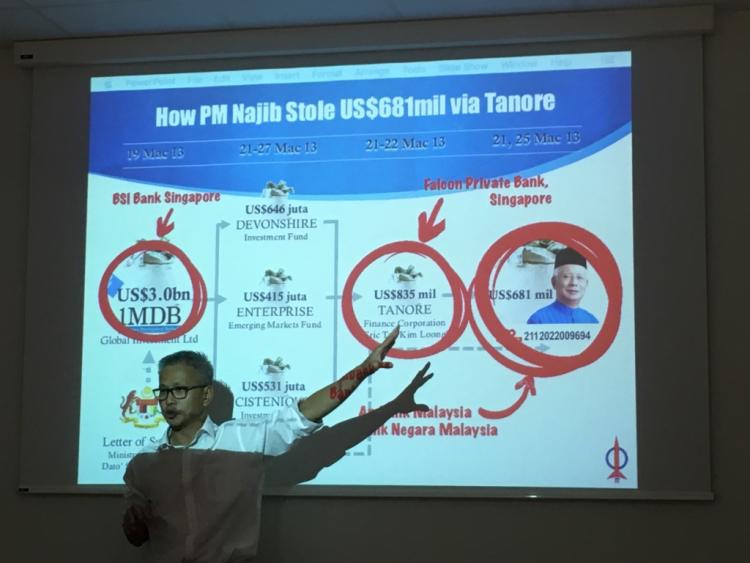 Najib has long sought to explain the massive payments into his account by referring to what he said were donations from a bogus Saudi ‘Prince Saud Abdulaziz Al-Saud ‘. When it was clearly proven by MACC investigators that at least RM67 million had been merely directed locally straight from SRC to his accounts set up by Nik Kamil, he issued the excuse that he had not realised this to be the case.

Najib informed the new Attorney General he had just appointed (since the old one was about to prosecute him) that he had understood the money came from the alleged Saudi donation. This excuse was accepted by his new AG, Apandi Ali, who did not request him to repay the money to the pension fund.

Meanwhile, a new document obtained by Sarawak Report sheds fascinating light on the reality behind the so-called Prince Saud Abdulaziz Al-Saud, whose purported letters of explanation were sent to AmBank each time one of these enormous payments were made into Najib’s account.

No one has been able to identify this particular Saudi Royal, even though the payments are so large that he would have to have been one of the richest members of the Saudi ruling family to afford them. Indeed the letter sent to AmBank in November 2011 gives two different versions of this character’s name and one of the bank accounts later used to make another payment, allegedly by him, uses another name entirely, Prince Faisal bin Turkey bin Bandar Alsaud 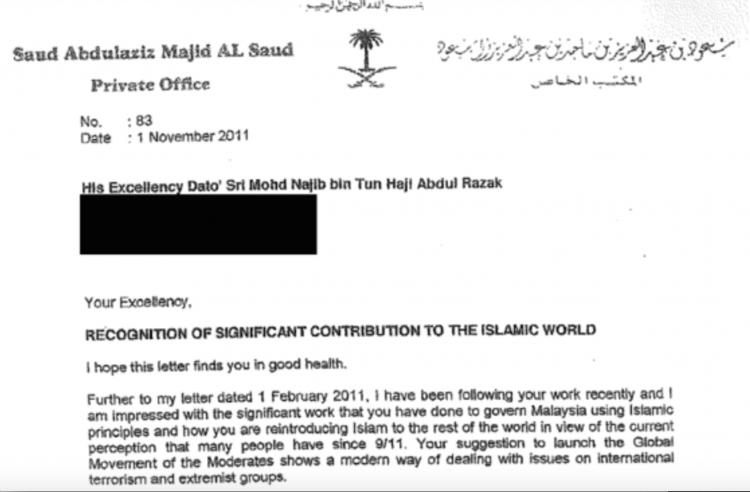 The letter referred to Najib’s alleged good works through his pet project for impressing the Americans, entitled the Global Movement of the Moderates, which this Saudi Wahabi Prince was allegedly supporting.

The document bears a striking resemblance to the letter head of another close associate of Jho Low, the beneficial shareholder of PetroSaudi, Prince Turki bin Abdullah. Prince Turki was paid millions of dollars in back-handers by Low for allowing his shell company PetroSaudi to be used as a front for the 1MDB joint venture, which siphoned $1.83 billion of borrowed money out of Malaysia.

The Department of Justice has also confirmed that Prince Turki passed $20 million from money removed from that joint venture deal straight to Najib’s own bank accounts.

Sarawak Report has a copy of Turki’s own letterhead used for business ventures later spearheaded by PetroSaudi in Venezuela and it bears a remarkable resemblance to the apparently bogus figure behind the payments into Najib’s AmBank account. 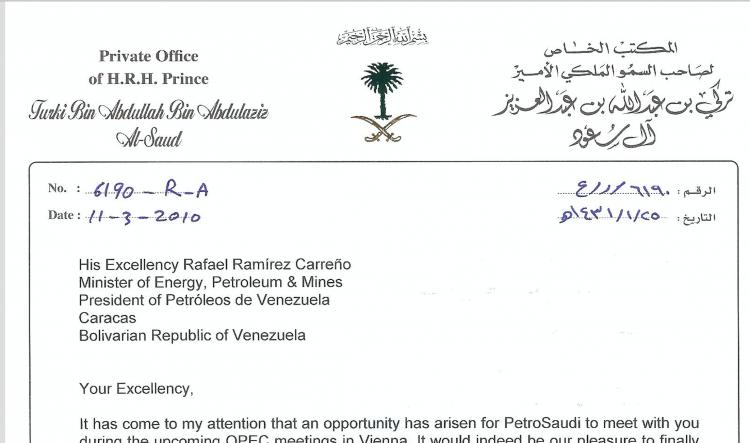 Did Jho Low and his team use his pal’s letter head to simply forge a similar ‘royal looking’ document? The fugitive billionaire has yet to answer any questions on his role at 1MDB and Malaysia has closed down all investigations on the AG’s decision that ‘there has been no wrongdoing’

However, Najib’s press man Paul Stadlen has been informing international journalists that reports that Prince Abdulaziz was indeed Prince Turki should be taken as being well-founded.

The only problem being that Prince Turki is just one of scores of Saudi Princes, whose personal means are limited when it comes to donating on a scale of hundreds of millions of dollars. Indeed, to the contrary it is Prince Turki who got the backhanders from Malaysia, which is probably why he is considered the perfect person to keep his mouth shut. 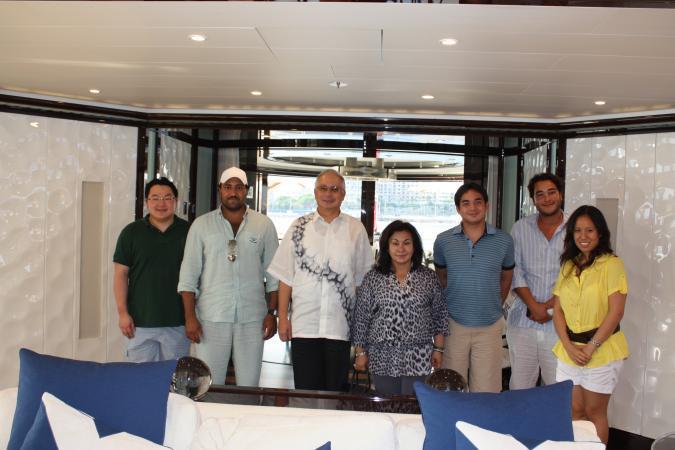