FREE AND HOME FOR CHRISTMAS! 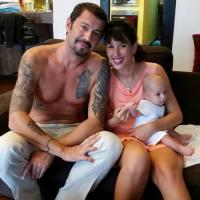 For the Justos it’s a dream they never thought could happen – Xavier will be back in snowy Switzerland in time for Christmas!

Today, the Swiss citizen, who has spent the past 18 months behind bars in Bangkok, stood outside as a free man, posing with Thai officials and guards, who had at least ensured his safety in a situation many feared he would not survive threats against his life.

Then, pursued by media and flanked by masked Thai commando police for his protection, he was given a full armed escort to the immigration detention centre to file final papers before he is due to fly out tonight. 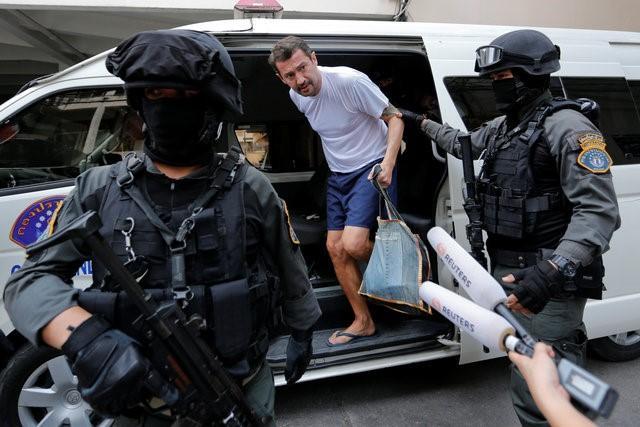 Swiss national Xavier Justo is escorted by Thai police commandos as he arrives at the Immigration Detention Center in Bangkok,

Back in Geneva his wife had woken to the joyful news – she had expected to pass another lonely Christmas with her baby boy.  Justo has seen his baby son just once since being arrested June before last at the behest of former PetroSaudi colleagues, who claimed he blackmailed them over ‘stolen secrets’ about their dirty deal with 1MDB. 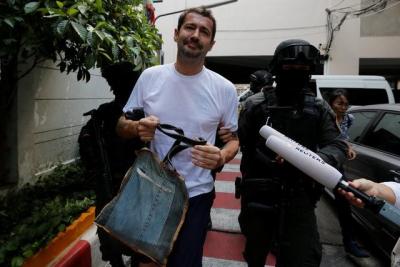 In an exclusive interview with Sarawak Report and the UK Guardian newspaper last June the Justos detailed how he was forced into a signing a damning confession drawn up by PetroSaudi themselves using a bogus British police officer, who had told the Thais he was representing a UK investigation.

When news of Justo’s impending release slipped out last week, following a Royal amnesty, Sarawak Report received warnings of plans to have him killed to prevent him revealing further details of his story and more information regarding the theft of billions from the Malaysian development fund 1MDB.

His wife told Sarawak Report this morning that she just wants her husband safely back in Geneva. The family say they will be ready to speak but in a few days.