More Troops To Yemen And What About Syria?

Najib has rather pathetically tried to use this visit by the Saudi King to convince Malaysians that the various sums of money totalling well over a billion dollars that came into his private account from 1MDB can in fact now be confirmed as a donation from “a Saudi Royal”.

This is not true, as numerous court cases, global investigations and confessions by various bankers have made entirely clear.

Even if it were true it would plainly be highly illegal, since the Prime Minister of a country ought not to secretly receive billions of dollars into his bank account from a foreign power.

The reason why the Saudi King has made this diplomatic visit is, of course, because Malaysia has unaccountably agreed to get stuck into Arab in-fighting in the Middle East.  As if there are not enough local issues to worry about, as the Chinese military build up and Lahad Datu invasion made clear.

So, once again, in order to reassure concerned Malaysians, this government has resorted to lies.

Defence Minister Hishammuddin Hussein said Malaysian troops in Saudi Arabia were only there for training exercises, specifically on evacuation and disaster relief.

“Our relationship with Saudi Arabia does not involve participation in any attack or operation, whether in Yemen, Syria or Iraq,” he told a press conference here today.

His comments follow a report by AFP, citing the annual report by UN sanctions monitors, which investigated 10 coalition air strikes between March and October last year in Yemen.

At least 292 civilians, including some 100 women and children, were killed, the report stated. [Free Malaysia Today]

The Defence Minister’s statement (he is Najib’s cousin) plainly conflicts with what Saudi Arabia itself is saying during its coverage of the visit.

“As an extension of military cooperation between the two countries, Malaysian troops have participated in the Saudi-led coalition to restore legitimacy in Yemen, as well as in the “North Thunder” joint military exercises. Malaysia is also a member of the Saudi-led Islamic military alliance against terrorism, and joined in condemning the Houthis’ targeting of Makkah with a missile.”

The “North Thunder” joint military exercises are serious stuff. They are not merely  designed to get Malaysians ready to help with catering or rear action logistics exercises, according to the formal documentations.  There is already talk of intervention in Syria.

This is what has been laid out in Wikipedia”

The exercise [North Thunder] aimed to raise the technical and combat efficiency of the units involved and improve logistics and readiness rates for the implementation of joint security and stability missions in the region, notably Syria.[2] A spokesman for the Arab coalition forces, Ahmad Assiri, said the aim of the exercise is to achieve the highest level of preparedness, exchange expertise and promote coordination among the 21 participating countries.[3]

It has also been suggested, considering the forces involved, that the exercise could be the beginning of a land assault on Syria in conjunction with the Turkish Land Forces invading Syria from the north.

So denials are simply not good enough. Malaysian troops have been over in Saudi Arabia for very many months and barely a word has been said about why they are there and what exactly they are supposed to be doing.

The exercise appears to be primarily an attempt by Malaysia’s unpopular PM to curry favour with powerful foreign leaders, so that he can then boast about it back home. Are the lives of Malaysian young soldiers to be risked for such vanities by a man who has been repeatedly exposed as a theif and liar?

Most countries that have soldiers on the ground in foreign lands see constant close coverage in their media exploring exactly what is going on.  Now that the Saudi King has made clear he appreciates Malaysia’s engagement in his wars sufficiently to make this visit it is time that the Malaysian people and the families of these soldiers themselves got proper detailed information about what these young lives are being risked for. 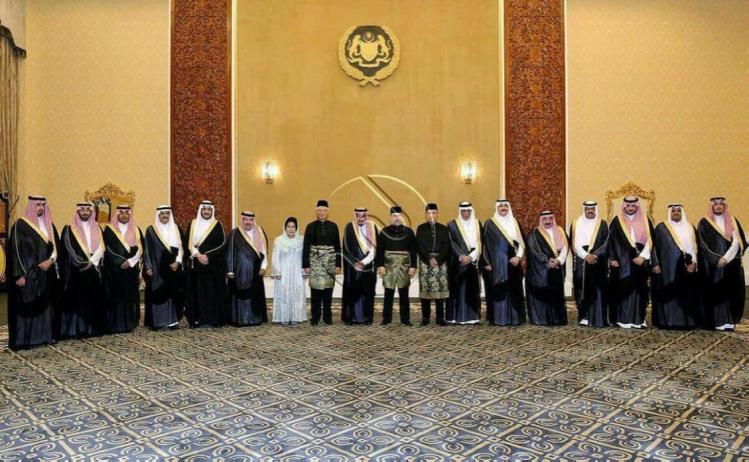