The release of data from the Malaysian Anti-Corruption Commission’s investigation into the misuse of the 1MDB subsidiary SRC International’s money has thrown up several interesting names.

They come from the lists of recipients paid out of Najib Razak’s personal bank accounts from at least RM72 million that was illegally diverted from SRC to the Prime Minister.

The new Attorney General has now acknowledged the money came from SRC, however he has exonerated the Prime Minister on the basis that Najib says he ‘didn’t know’ the origin of the money he was spending out of his private named accounts.  Likewise, no one has so far contested the authenticity of the leaks which have been available online for several weeks and extensivly reported upon by this site.

Insiders and corroborating evidence to the contrary confirm the genuine nature of this data.

Meanwhile, no one has required the Prime Minister to pay the money back and investigations have been forcibly closed down by the AG in defiance of formal protests from the MACC and the Central Bank. 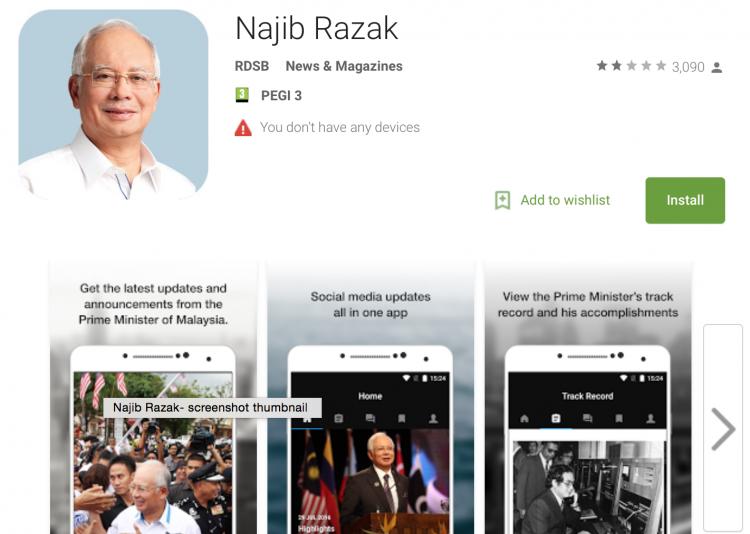 Up to the second information about the Dear Leader and his “accomplishments”….

Apart from the luxury shops, anti-ageing doctor, polling consultants and UMNO party bigwigs are also listed a number of companies, which seem mainly preoccupied with election paraphenalia – or in the promotion of Najib Razak’s personal image.

Late last year journalists were prompted to look into who was behind a special App launched to promote Najib among the young and new media savvy. As Malaysiakini put it:

When Prime Minister Najib Abdul Razak announced he was releasing his own mobile app, social media was abuzz with concerns that installing ‘Najib Razak’ on their phones would result in their data being abused.

Another concern was the identity of the app’s mysterious developer, Resonate Digital.

For instance, who owns this company? How much funds did it receive to develop ‘Najib Razak’? How much did ‘Najib Razak’ cost? Was the project awarded to it through open bidding? 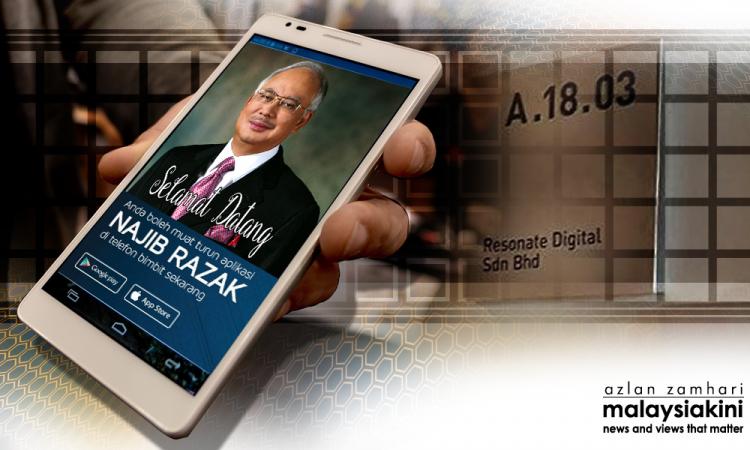 Mysterious App and company behind it – Resonate Digital

Malaysiakini’s investigators discovered that Resonate Digital was owned by two people, one of whom was an official within the Prime Minister’s own Office, the other an employee of Astra named Har Kok Kit.  The newspaper pointed out that this rather smacked of an inside job and lack of proper tendering. However they were turned away from the offices of the company without any answers to their questions about how much money was awarded to the project and from where.

“A staff soon approached, and, upon learning the purpose of the visit, said the company was reluctant to be interviewed.

A ‘person-in-charge’ joined the conversation as well; asked about the cost of the application and number of downloads, he refused to answer, saying such information was “internal”.

He only revealed that the company had its own team to develop the application.

Asked if he felt it was inappropriate that Amhari, as a PMO special officer, was given the project from the prime minister, he begged to differ. [Malaysiakini]

Malaysiakini noted that Resonate Digital had only registered assets of some RM8,000 with matching liabilities. Nevertheless the firm maintained plush offices in KL’s PJ Trade Centre.

Following the article further online sleuths reported on the online site Lowyat net that the actual developer of the App was a separate company named Orb Solutions Sdn Bhd, directed by the same people.

Company documents downloaded on the site show that Orb Solutions has a rather more impressive capital base of RM2 million ringgit and the shares are evenly divided between the PM Office functionary Amhari Efendi Nazaruddin, who has been associated with the company since its incorporation in 2010 and Har Kok Kit, who only joined the company in January 2015. 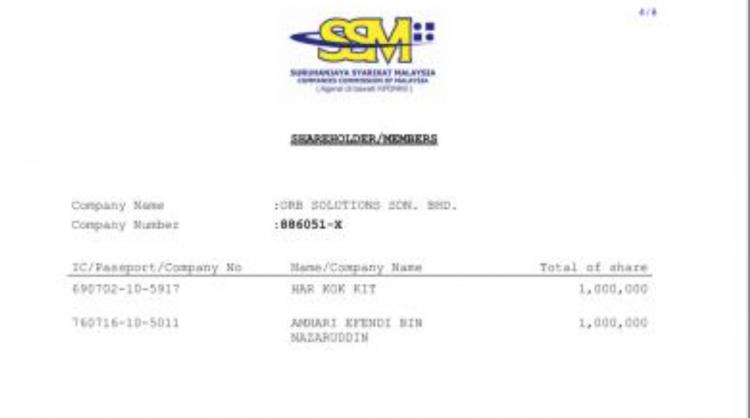 A million RM1 shares each shareholder….

Because, the data shows that RM2 million was indeed paid to Orb Solutions Sdn Bhd on 27th August 2104 from Najib’s personal account, which was funded by money stolen from SRC.

Perhaps the App should add this detail to the Prime Minister’s list of accomplishments?

Another notable recipient of a lesser RM50,000 is one Asmadi Bin Abu Talib, who appears from his Facebook to be a classic candidate for the UMNO party handouts on which Najib seems to think it is appropriate to shower money originally borrowed from the civil service pension fund.

According to his Facebook Ahmad is a very keen and active UMNO worker, who spends most of his time going round communities handing out prizes and preaching in favour of the ruling party. 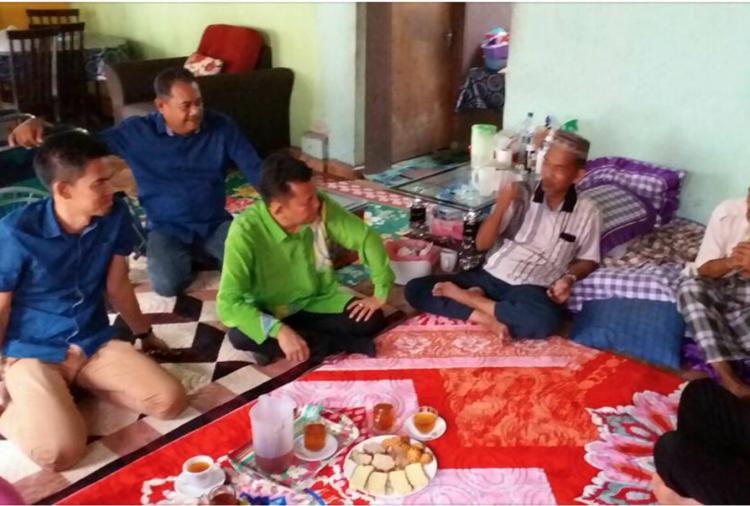 This good worker on behalf of UMNO received RM50,000 from the SRC stolen money – what exactly was it for?

UMNO bigwigs have made it plain they see nothing wrong with party people accepting secret cheques made out in person from their party leader, as long as they vouch that it was only spent on party matters.

However, unfortunately there is a plain and glaring problem with this attitude, given that the handout was not officially recorded, the expenditure does not appear to have been properly accounted for and the source of the money has turned out to have been stolen from the public. 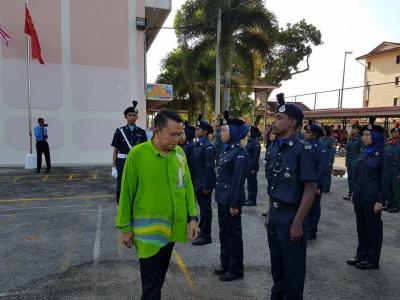 The man from UMNO

UMNO does not have the right to help itself to people’s pension money in order to curry favour with voters, at the uwitting expense of those very same trusting voters.

Deputy Prime Minister Muhyiddin Yassin is reported as having made these very points to his party boss last year and was, of course, immediately sacked for his pains.

The previous PM Dr Mahathir has also loudly made the same point to Najib as have others who have quit UMNO over 1MDB.  However, it appears that as long as the money keeps on coming, those presently within UMNO’s ruling circles continue to accept Najib’s practices.

The question is will voters continue to appreciate the bribes once they have worked out that they are paying for them themselves?