To Whom It May Concern In The Apple Media Department,

As an established writer on deforestation, human rights and corruption issues in Malaysia (www.sarawakreport.org) I was dismayed to receive the attached press release last week, advertising the presence of Steve Wozniak, in his designated role as ‘Apple Co-Founder’, at a highly controversial ‘Islamic Economic Forum’ in the State of Sarawak in Malaysia 21-23rd November.

In attendance will be the Prime Minister of Malaysia, who is currently the subject of a $4 billion kleptocracy investigation by the DOJ, the world’s largest ever such case, with respect to his theft from his country’s development fund 1MDB. He, his step-son and various named collaborators attempted to launder the proceeds through the United States, according to three court depositions now laid for the sequestration of assets.

The related criminal investigation is currently still underway, according to statements made earlier this month by the FBI and DOJ, who say that witnesses have faced violent intimidation and threats within Malaysia.  I am able to furnish extensive details on this matter, since I was the journalist who broke the story on 1MDB. These details include grusome murders, false imprisonments and shocking greed and theft.

Striking line-up of the most distinguished guests Najib could find….

Indeed, if you want to evaluate the controversial image of Prime Minister Najib Razak, you need look no further than the extensive negative publicity that attended his visit to see Donald Trump in Washington earlier this month e.g. http://www.newsweek.com/trumps-meeting-malaysian-crook-najib-reeks-swamp-664274. 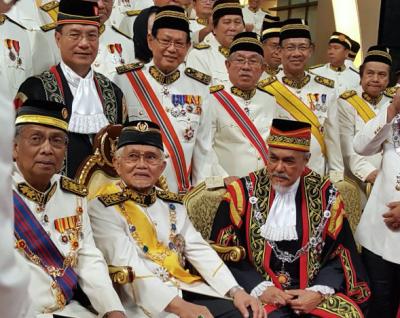 Taib Mahmud (centre) who continues to own the Sarawak economy, including the Borneo Convention Centre

If it were possible to be even more controversial than Mr Najib then this accolade would go to the Governor of the State of Sarawak, whose family owns the Borneo Convention Centre at which this Islamic Economic Forum is being held.

Abdul Taib Mahmud, who still controls the state although he is no longer Chief Minister, is a globally famous kleptocrat who made his vast fortune out of single-handedly supervising the razing of an entire rainforest during the 30 years of his period in office. The associated land grab outrages have sparked universal condemnation from human rights and environmental organisations the world over.  I am more than happy to direct you towards the extensive documentation on this matter, much of which has also been exposed through my blog.

If all this were not of itself a sufficient reason to avoid lending the reputation of Apple to enhance this conference there is another hugely controversial matter, which is the Islamic initiative on which the entire project is based.  Sarawak is a Christian majority state and the equal rights of non-Muslim citizens was a fundamental condition of the Malaysia agreement under which it and the neighbouring East Malaysian state of Sabah (also Christian) agreed to join the Malay Federation to form Malaysia in the early 60s.

However, Christain rights are increasingly ignored and all the ruling institutions and the state government are now dominated by minority Malay Muslims and their ethnic and religious allies, directly thanks to political backing from the Malay Muslim Federal Government in mainland Malaysia. 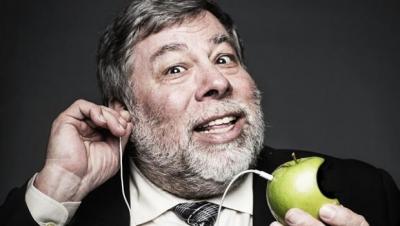 Relentless favouristism towards Muslims (once you have converted it is illegal to convert back, if you marry a Muslim you have to convert, if your spouse converts they can convert your children and then take them from you) has formed part of a deliberate and methodical Islamisation programme in Sarawak, where the population is under constant pressure to convert if they want jobs or promotion or political power.

Several local politicians have secretly converted unbeknown to their constituents.  In this respect, to hold an Islamic Conference in Sarawak is a deliberate and aggressive gesture towards an already marginalised and impoverished Christian majority population.

Sadly, this is not all, because PM Najib Razak’s penchant for portraying himself through expensive PR agencies as a Global Moderate in the Islamic world – reaching out as a bridge to the West – has proved deeply deceptive. Anyone with any knowledge or expertise on the situation in Malaysia can inform Mr Wozniak that whilst Najib has posed as a moderate abroad he has cynically supported and curried favour with extremist Muslim agitators back home as he seeks to use their now growing influence to assist him in retaining power. 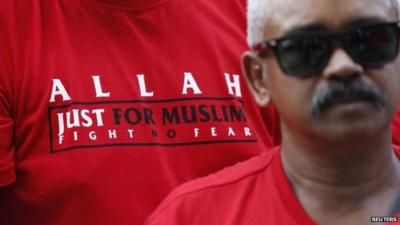 In place of friendly tolerance Najib is tolerating aggressive supremacists

As part of his strategy to destabilise the growing appeal of the opposition (Malaysia’s ruling party has held a record period of continuous government since independence) Najib has now joined forces with the most militant wing of the PAS Islamic Party in Malaysia, which in the wake of the 1MDB scandal ejected the entire secular and moderate wing of the party.

The PM has gone on to pander to PAS’s Islamic state agenda by supporting calls for the introduction of Hudud laws in place of Malaysia’s long established secular courts. He has been channelling funds into these dangerously intolerant entities and in particular into private Islamic schools, which would appear to include $80 million which were discovered to have been paid into his personal accounts by the Finance Ministry of the Kingdom of Saudi Arabia. During his period of influence Malaysia has become one of the main havens for IS fighters and a worryingly large segement of the population in Malaysia is now sympathetic to IS, given the nature of the preaching in mosques, which is orchestrated from the PM’s own office.

To crown the irony of posing as a moderate Islamist, Najib has recently appointed one of the most notorious firebrands from PAS, Nasharuddin Mat Isa to act as the Chairman of his so-called Global Movement of Moderates, a move that sparked the resignation of some of its respected senior Board Members last year in protest. Mr Nasharuddin wants to ban the use of the word God/Allah in Christian Bibles in Sarawak and Sabah, because he regards non-Muslims as unfit to use the word.

The campaign involves a desire to confiscate and burn all Malay language Bibles in these states, something already achieved on the mainland. The purpose of such moves is not because Mr Najib is himself an extremely religious figure (he and his family are notorious indulgers in the global ‘high life’ in gambling hotspots such as Vegas and Monaco). However, he is willing to exploit these forces as part of his political calculation that he can create a united nationalist Malay Muslim political front to back him at the next election in the face of the growing popularity of the wide platform of progressive opposition parties. 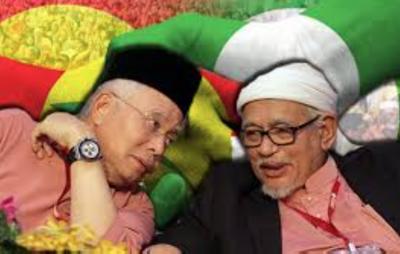 Mr Wozniak will presumably at least be aware that Najib lost the popular vote in 2013 to the opposition leader, Anwar Ibrahim, who promotes an inclusive reform agenda which united moderates from the Islamic movement as well as the minority races and Malay heartland voters.

He must also be aware that subsequent to that disastrous election Najib moved to drive his opponent into jail on trumped up charges of homosexuality, despite the fact that Anwar had been found innocent at his trial in the High Court.

It was a shocking abuse of due legal process that Najib drove through an appeal by the prosecution against that acquittal, using his influence in the higher courts to force an over-turning of the not guilty verdict. We assume that Mr Wozniak is not in favour of the persecution of homosexuality in any case.

It is of course entirely Mr Wozniak’s decision as to whether he should attend this forum, in his capacity as Co-Founder of Apple.  However, the press release that has already been sent out at least provides him with a foretaste of exactly how that percieved endorsement will be used.  Mr Najib is fighting off universal revulsion in his own country, having been exposed as an outrageous thief and liar.  He has responded by sacking many of his senior colleagues, along with the Attorney General who had drawn up charges for his arrest. He has brought in new Emergency Laws that enable him to crack down on anyone or any place at a moment’s notice without having to give any reason, whilst according him total lack of accountability in the process. He has also brought in and then abused new laws of detention to lock up dozens of his critics over 1MDB and other related matters. He has threatened the population at large with new laws to prevent criticism of the government online and via Facebook and he has started threatening the media and closing down critical voices, including blocking this site in Malaysia.

It is therefore a given that Mr Wozniak’s presence in Malaysia will be relentlessly exploited by Najib as part of his campaign to convince his own people that despite his sins he is still regarded as an accepted and acceptable world leader by other nations. He has lobbied expensively, using Malaysian public money to achieve meetings such as this one including one earlier this month with Donald Trump.

The message pumped back on every such occasion has been that the DOJ allegations can as a result be determined as having been ‘proven untrue’.  Such meetings could never have taken place, argue his spinners on the government controlled media, if the mounds of evidence about 1MDB were not entirely false.  The propaganda machine in Malaysia will say the same of Mr Wozniak’s presence at this forum, so I warn him now of that fact. 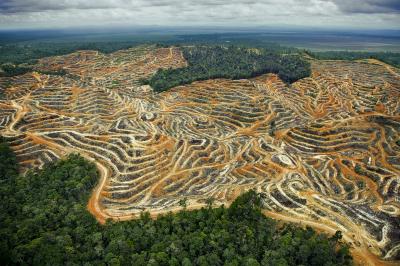 If Mr Wozniak is happy to be used for these purposes by a regime, which has actively denuded the greatest jungle of South East Asia and left its people’s landless and to be utilised as a PR agent for a notorious kleptocrat and as a smokescreen for aggressive Islamisation posing as a moderate movement, then of course he is welcome to visit Sarawak’s Borneo Convention Centre, where he will be met by Taib Mahmud’s sister Raziah and her husband Robert Geneid, who own the complex and have become notiously wealthy themselves from the plunder of the largest tropical timber exporting country in the world over the past several decades.

On the other hand he and Apple (I note Mr Wozniak remains an Apple employee and shareholder) should stand warned if they were unaware of how they are being used and by whom.  Note of your receipt of this letter would be kindly appreciated.