Sarawak Report has no inside track on the story that has been raging in Sabah about the Gulfstream G220 jet, which opposition folk have queried for being used by a prominent Sabah politician.

However, we have examined the official statement apparently made by the Sabah State Government, in which it alleged to the news portal Free Malaysia Today that the UK company Innosky Limited, which owns the jet, is a 100% subsidiary of Sabah Air

In a statement today, Sabah Air’s management maintained the jet was owned and operated by it.

“The aircraft is registered under Innosky Limited, which is 100% owned by Sabah Air,” it said.

The UK Company register is an open resource, which provides free and easy access to members of the public who wish to gain basic information about companies registered in the UK.

This means that anyone who looks can find the following facts in a few seconds online: first Innosky Limited has been struck off since last year and so is no longer an active company; second it was before that a dormant company since its incorporation in 2011 and thirdly that the four equal shareholders of Innosky Limited based in Birmingham were four Swiss nationals of no stated occupation – there is no mention whatsoever of Sabah Air being the 100% shareholder. 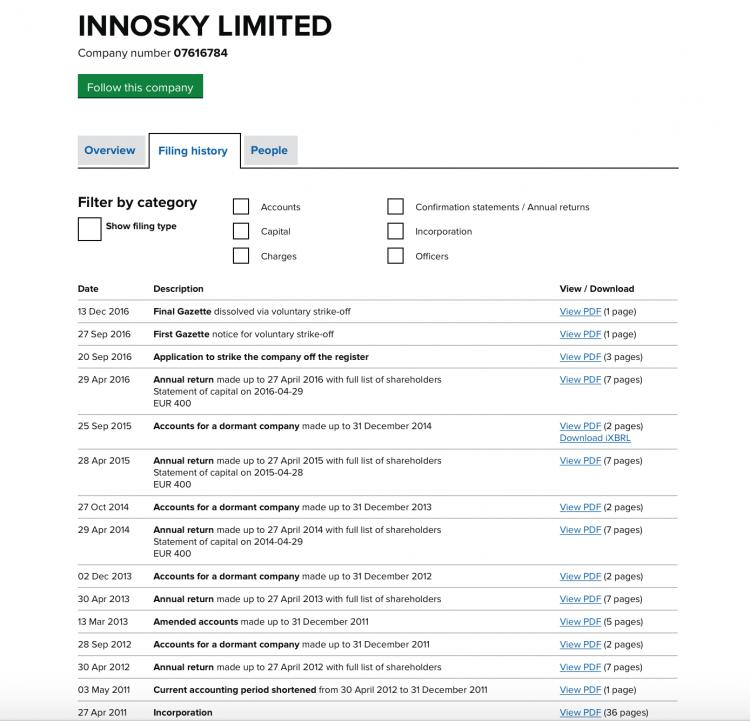 Since the company was never valued beyond the paltry £400 that the four Swiss nationals  originally invested in order to obtain their 100 shares each, valued at a pound, one wonders how the company could ever have been the registered owner of a jet? 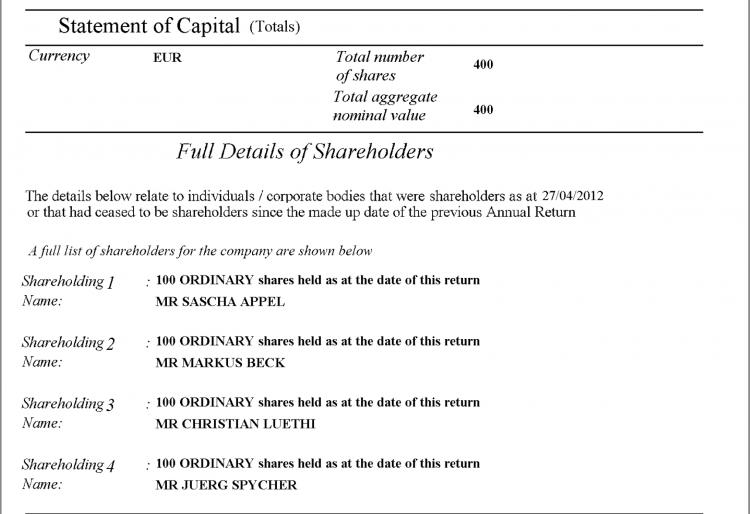 Indeed, the latest accounts for the company, before the application to strike it off, were produced in September 2015 and they registered it as a dormant company with assets valued only at that £400 investment, thereby allowing the company an exemption on filing formal and more detailed accounts. This would not have been legally acceptable if Innosky Limited was actually the owner of a jet aircraft and acting as a subsidiary of Sabah Air 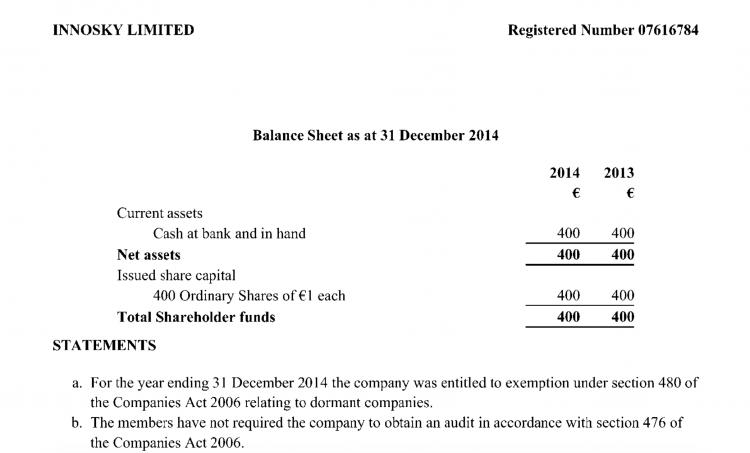 Exemption on filing accounts on account of being dormant

Sabah Air is wholly owned by the Sabah State Government. It appears to have provided a statement that is in complete contradiction of verifiable facts. Perhaps a clarification of the situation could be provided in order to make the exact situation clear to a mystified public?