How Rosmah Has Made Imelda Look Like A Cheapskate Amateur...

When crowds stormed the Marcos residence back in 1986 the rampagers famously discovered no less than 2,700 pairs of fancy shoes. The extravagance and fetish of such a collection astounded the world and people reckoned it may have cost…. perhaps half a million dollars.

In Malaysia things have been done altogether differently.  There has been an orderly transfer of power and overnight it was the police who quietly extracted lorryloads of stolen loot from various residences connected to Rosmah and Najib.

However, what may have lacked in action drama was surely made up for in scale and suspense as Malaysians were able to watch the removals live on their computers, as no less than 5 whopping vans were filled with cash, jewellery and luxury goods from the Pavillion residence in Central KL.

Reporters, although held at bay behind cordons, were none the less able to count the tranportation of 72 bags of cash and gems and no less than 284 distinctive Hermes orange handbag boxes. 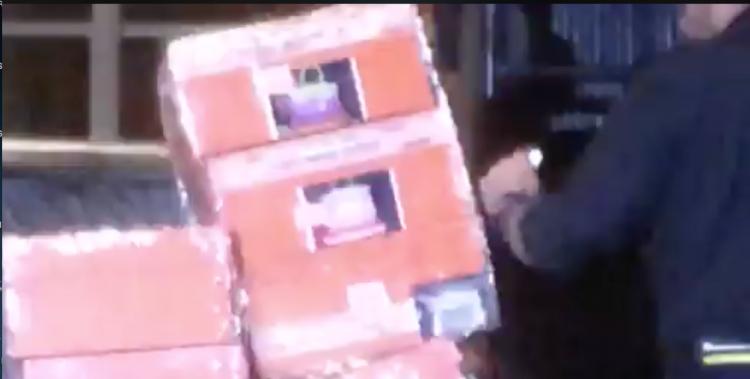 Ah! the famous Birkin Bag collection, valued at anything up to a quarter of a million dollars each (some more).  Tot up those alone and you are upwards of potentially $50 million alone – some fettish indeed and a worthwhile start to the determined reclaimation of assets that has already been initiated by the incoming government.

Malaysia’s hunt for its missing billions will plainly span the globe and demand forensic trails, not just of the Najib family but of their cronies, who once again were reported to be exporting vast sums of cash in the run up to GE14.

An international network of off-shore entities and willing finance institutions have been at their disposal.  Properties for sale in western cities have provided excellent investment opportunities.  None-too-fussy western bankers and professionals along with governments and regulators, who have turned a blind eye to the ridiculous sums involved are caught up in this web of corruption, not just the original perpetrators of the thefts.

It is not just BN grandees, who will be watching nervously as the taskforces get to work and join up with Swiss, Singapore and US regulators at last to trace this money.  There will be plenty of bankers and others who would rather that Malaysia had not shed its gross kleptocracy.  Indeed, in the run-up to the election this provided the best explanation as to why ‘analysts’ without exception predicted that not only could BN not lose but that it would be bad financial news if the opposition won.

How could replacing one of the most corrupt regimes in the world with one committed to reform and the rule of law be bad for the economy?  The holding up of the ringgit has proved the point, although when the truth of Malaysia’s finances emerges (to replace months of massaged figures) there may be tough time to weather.

Sarawak Report is sadly certain that there awaits bad news of more billion dollar pillages from public funds besides 1MDB, plus sales of public lands and assets at basement prices for family and cronies to retail on.  Finance institutions will have to explain their role.

Malaysians can expect many more months of further revelations and further detail around these matters.  Unblocked tonight for the first time in over two years Sarawak Report will join Malaysia’s burgeoning free media in covering some of them.