The on-going debate over which UMNO frogs to permit into the new governing parties continues, with the latest surprising candidate none other than Najib’s former PR cheerleader Salleh Keruak.

Sarawak Report declares an interest on the subject, having been repeatedly accused of all manner of lies by this gentleman, whilst reporting what has turned out to be completely true – something that Salleh was in a better position than most to verify at the time.

Salleh did not just falsely accuse, he called for grim punishment and fake news laws against those people telling the truth about the corrupt regime he was seeking to defend for his own advantage. He suggested the opposition should be charged with treason.

However, considering his apparent desire to now change his allegiences to the winning side, the PKR leader has indicated that such is the nature of Malaysian political history (he too was once with UMNO) the party is minded to accept the application.

Given Salleh was defeated at the election (such was the believability of his increasingly outlandish defences of UMNO as Najib’s communications leader) it is not as if he brings a useful parliamentary seat to the table, like many similar deals of this nature.  However there is perhaps one area in which he could be useful and buy forgiveness from a leader willing to forget.

Apart from having been the chief UMNO barking dog in his role as Communications Director, Salleh was also Treasurer to that party up to its neck in dodgy money.

It was Salleh’s agent who was identified as the man who staggered into a bank in the weeks before the election with a series of bags of cash totalling no less than RM3.5 milliion to place into the PAS election accounts, in order to fund the deposits for record number of seats being contested by the then covert political ally of UMNO. 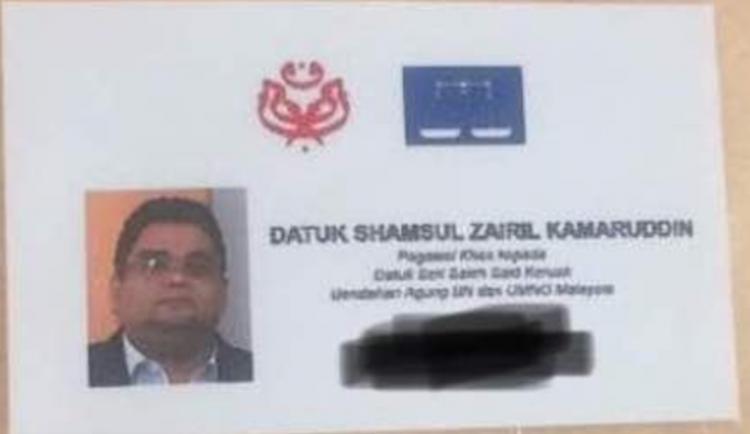 This UMNO party worker was clearly acting on his boss’s instructions and Salleh will equally have known about all the other multi-million dollar pay offs by the party in the run up to GE14.

For example, he is in a position to confirm what other senior PAS people have told Sarawak Report which is that other large suitcases of cash were likewise passed from UMNO to senior PAS operatives in the days before the election…. for what purposes one can only guess.

It is often the case that people bound by loyalty to colleagues and leaders who have progressively strayed down an ever darkening path, lose their ability at the time to judge what best to do: they are up to their necks before they know it and only when the roof falls in do they see the light.

PKR may regard Salleh Keruak as such a fellow.  Although, having got it so wrong before, he might do better to just gracefully retire.

On the other hand, if he can make amends by telling the truth about exactly what deals were signed off by him as Treasurer of UMNO, then indeed all should perhaps be forgiven and he should be embraced by the new friends he once called traitors!