With the ex-President Najib in jail and current President Zahid pushing for an early election with the intention to avoid jail the status of Umno’s No2, the Deputy President, currently jostling for a safe federal seat for the election, becomes pivotal.

After all, the present PM is merely a Vice President of the party and has been widely written off as a dead cert for removal should UMNO achieve the upper hand, following what it hopes will be a low turnout election that provides the party’s best chance of winning.

‘Tok Mat’, as Deputy UMNO President Mohamad bin Hasan is known, has recently said that in his view his ex-boss Najib Razak ought to be seen to do time, given the obvious nature of his guilt. The pragmatic reasons are clear in that not to do so would reveal a party that is completely lawless when it comes to sorting out its own corruption.

However, anyone thinking that this shows a willingness to clean up the party should bear in mind not only that huge swathes of cases against members of the UMNO hierarchy have been dropped since the coup in which they over-turned the elected government but also that there is glaring evidence of corrupt practice against Tok Mat himself, quietly dropped by prosecutors along with all the other cases against so many of his senior colleagues.

Official investigation documents viewed by Sarawak Report and dating back to 2010 make perfectly plain that whilst a money changer who secreted cash to Tok Mat’s UK account to buy a RM10 million London property was charged for violating the Money Changing Act, neither Tok Mat nor the person who had provided him with the money, classed as an illegal loan/corrupt cash by Bank Negara, were themselves charged.

This was thanks to a decision by the then UMNO Attorney General, who ‘cleared’ Tok Mat much in the same way Najib was ‘cleared’ by his own political allies.

What the  papers show is that Tok Mat is just another in a long line of Kickbacks for Concessions Kings who sit at the top of UMNO (Zahid himself warned his fellows at a recorded meeting this week that they need to win the election otherwise they will all be facing prosecution not just him).

Investigations were triggered by an operation to clamp down on money changers by the Central Bank following a tightening of the law in 2009. One of these, Salamath Ali Money, was investigated and then prosecuted and lost its licence for having amongst other things transferred a very dubious RM10 million ringgit in cash via the international banking system to the London account of Mohammed Hasan the previous year.

Papers show that Salamath had processed the cash into three bank transfers through CIMB of circa RM3.25 million/£500,000 which were sent simultaneously through CIMB amounting to a total of £1.5 million being paid into a London Nat West Bank account held under the name of Mohammed Hasan. The paperwork gave the purpose of the payment being a purchase of property and naming Tok Mat as the recipient. 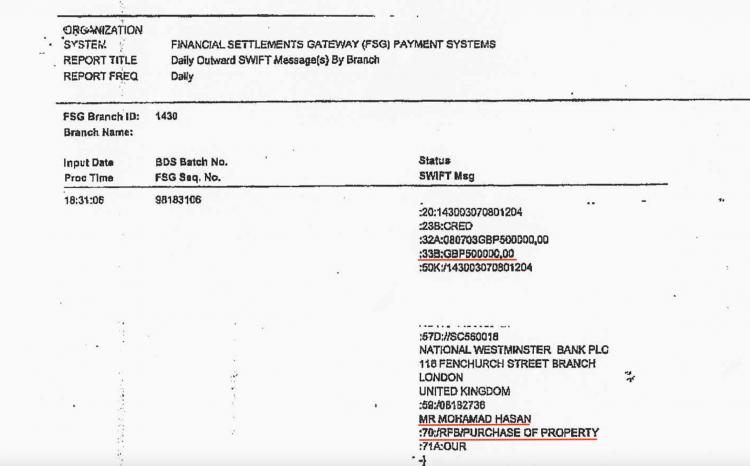 Further papers available to the investigators show that the flat purchased was Flat 50, Richbourne Court, 9 Harrowby Street, London. The subsequent owner who was paying the service charges to the managing agent was one Mohammed Hasan, according to remittances obtained in 2009. 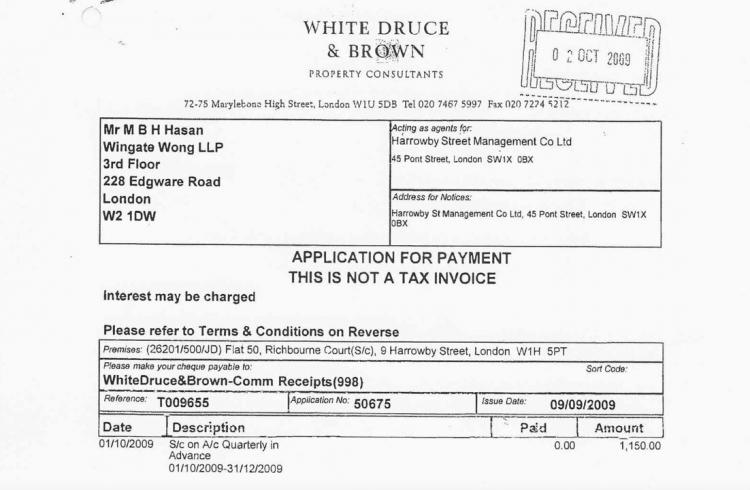 The money changer was found guilty of having breached the anti-money laundering rules and struck off. Leaving two big questions: first how did Tok Mat come by the huge sum of money as a mere official (he was chief minister of Negeri Sembilan at that time) and second why did he try to transfer it secretly through a money changer?

After all, if there hadn’t been a crackdown on the money lender the whole scam would never have been discovered, which would very much appear to have been the objective.

The answers to these questions were obtained by the investigators who laid it all out clearly in the report that appears never to have been acted upon by AG Abdul Gani Patail (who we all remember failed to act against Musa Aman the UMNO chief minister of his home state Sabah either when it came to timber kickbacks).

Tok Mat received a payment of RM10 million from Teh. Based on a recording of a conversation Teh said he gave 3 bags of cash to Tok Mat at the Chief Minister’s Residence in Jalang Keling, Semembang. [translation – official Report to AG]

So, who was this Teh who confessed these matters to the investigating officers? Teh was a businessman involved in wood processing and palm oil who is described as having a formal relationship with Tok Mat, the then Chief Minister of the state who ultimately signs off on logging and plantation licences in Negeri Sembilan.

The Directors of these companies are friends, employees/workers and allies of Teh’s.
Teh used proxy companies to the Islamic religious council of Negeri Sembilan (MAINS) and the Negeri Sembilan Foundation (YN9) to apply for projects which were subsequently approved by Tok Mat. Both bodies are chaired by Tok Mat.

This was the reason for the kickback the investigators have concluded. However, they record that Teh tried to describe the grubby cash as a ‘loan’ that he had kindly advanced to the chief minister for some undisclosed reason. Crucially, the investigators report that Tok Mat had acknowledged this payment but had argued that the loan was ‘backdated’ after the bank started to make its investigations.

The Central Bank investigated the loan theory and concluded that handing someone millions in notes secretly was illegal under the banking legislation and that “such an agreement is not legal as the definition of loan is also included in the meaning of corruption based on ASPRM Act 2009″.

Presumably, AG Gani Patail had no more intention of prosecuting the UMNO Chief Minister of Negeri Sembilan and his cronies any more than he did the Chief Minister of Sabah and his cronies also in 2010. There was an attempt to revive the case against Tok Mat in 2018, however it would appear that in the deluge of prosecutions for very much larger sums the case was sidelined.

Tok Mat was quoted at the time as welcoming the scrutiny nonetheless. So we assume he will not object to Sarawak Report raking up the facts yet again, given the clarity of the information provided by the official reports and the fact he admits the money and where it went.

Perhaps he can now say whether he can show if the ‘loan’ has now been paid back and if so how he found the money to pay it back? 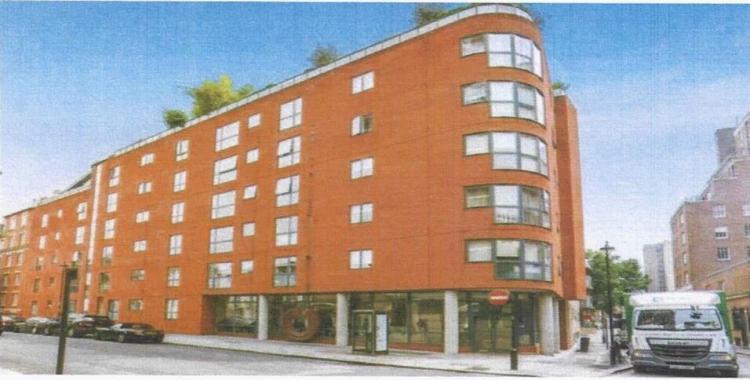 Voters deserve to be more clearly aware of what people aspiring to the very highest offices in the land have shown they are prepared to do. In this case to at the very least accept a cash ‘loan’ under illegal circumstances from someone to whom he had signed off a very great number of logging and palm oil licences in the state under the guise of being on behalf of religious institutions.

One should remember the self-same fellow has also been proven an election thug, having been caught cheating in the last Negri Seminal state election by forcibly preventing his opponent from being allowed to sign his nomination – enabling him to run uncontested.

This ought to have been enough for any honest party to have disowned Tok Mat, but since UMNO is a cabal of crooks they are instead seeking to make way for him to take an easy seat at the federal level this time round.

The primary aim of the majority of leading UMNO politicians over the past few months has been to limit accountability for a decades long record of abuse of power to as few of themselves as possible. That’s why they want power – the people should deny it once more with an even more emphatic vote against them.

UMNO needs a proper clean up and that can only happen outside of office and away from the temptations of abusing the trust of the people.