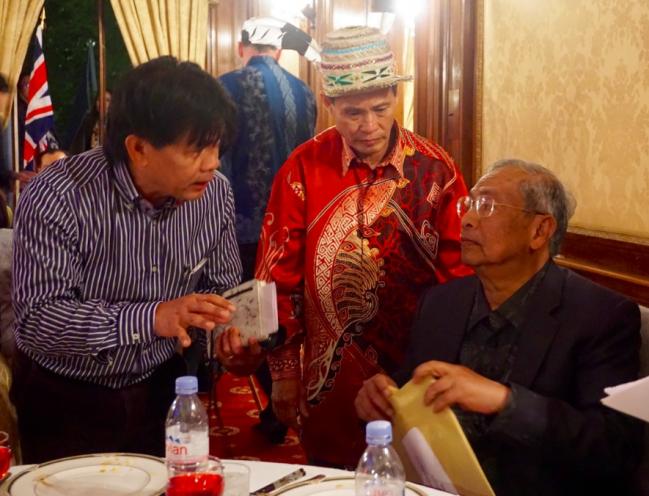 (LONDON, UK) Adenan Satem, Chief Minister of Sarawak since March 2014, surprised the public last night in London with a pledge to save the Borneo state’s remaining forests and to fight timber corruption. In a speech at the Malaysian High Commission, Adenan underlined that a transformation towards sustainability was vital for Sarawak’s timber industry and he called on NGOs to assist with the necessary reforms.

„No more timber concessions are being given out“, Adenan said. „No more palm oil is needed – cukup (there is enough).“ Adenan also said he regarded the forest not only as a timber resource but as a value in itself. He stressed that he was determined to fight illegal logging and timber corruption „until the last log is accounted for“.

Adenan thus distanced himself surprisingly clearly from the policies of his predecessor, Taib Mahmud, who had abused Sarawak’s natural resources to massively enrich himself and his family members during his 33-year tenure as Chief Minister. Adenan even welcomed Sarawak Report editor Clare Brown, one of Taib’s fiercest critics, among the guests. But no indication was given by the enigmatic politician if he was willing to recover the state assets stolen by the Taib family.

After his speech, Adenan Satem was approached by an indigenous Penan delegation from Sarawak’s Upper Baram region. The Penan handed the Chief Minister a letter in which they called for the official endorsement of the Penan Peace Park, a community-administered nature reserve in the interior of Borneo.