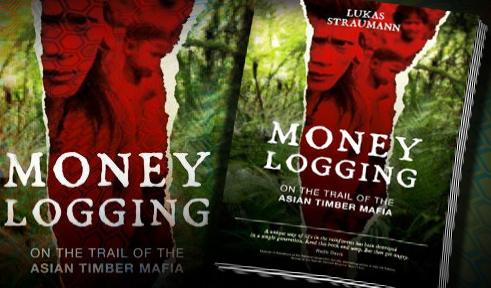 (SEATTLE, USA) Amazon, the American online retailer, is being criticized for withholding deliveries of a book on Taib Mahmud, the governor of the Malaysian state of Sarawak.

Amazon customers from the United Kingdom have complained with the Bruno Manser Fund (BMF) that they cannot order the book “Money Logging: On the Trail of the Asian Timber Mafia“ by BMF executive director Lukas Straumann. Money Logging is highly critical with Taib Mahmud and accuses him of having abused his public office for his personal enrichment.

While the book was globally released on 3 November 2014, Amazon UK first postponed the release date to 27 November. As of today, the book can still not be ordered through Amazon’s British website (amazon.co.uk). Amazon UK claims to be “temporarily out of stock“despite having rated the book as the “No.1 New Release in Ecological Pollution“.

It remains unclear, however, if any of the ordered books have been delivered at all by Amazon, even from its US headquarters. A Swiss customer, who ordered the book in mid-November from the retailer in the US, has been notified that the book has not been shipped. “We need a little more time to provide you with a good delivery estimate“, the customer has been told.

The Bruno Manser Fund calls on Amazon not to betray the rainforest and to make the book available to all interested readers around the globe. “Freedom of expression is one of the highest public goods in a democracy. Amazon should not collude with Taib in oppressing the truth on his crimes in Sarawak.“

On 23 October, Sarawak governor Taib Mahmud’s London lawyer, Mishcon de Reya, threatened to sue Amazon if it distributed Money Logging: “Given the wealth of our client and the extreme seriousness of the allegations, the losses will be substantial“, Mioshcon de Reya wrote.