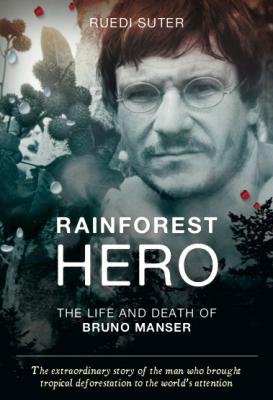 (KUALA LUMPUR, MALAYSIA) It came as a bad surprise for civil society today that the Malaysian government is attempting to ban the Bruno Manser Fund from yet another tropical timber conference after it succeeded in keeping us away from last year’s 50th International Tropical Timber Council session in Yokohama.

During the opening proceedings of the International Tropical Timber Council’s 51st Session in Kuala Lumpur this morning, the Malaysian delegation said BMF should not be admitted to the conference because “of being disrespectful to the sovereign countries who get together to get cooperatively working to achieve the objectives of the International Tropcial Timber Agreement 2006″.

While the Malaysian delegation failed to give a more concrete justification for its stand, the Malaysian government clearly tries to ban a discussion on corruption in the tropical timber sector. After BMF had no problems registering for ITTO conferences for 20 years, the issue came up last year after BMF executive director Lukas Straumann’s book “Money Logging” exposed the involvement of Sarawak Governor Taib Mahmud and Sabah Chief Minister Musa Aman in grand corruption. Taib Mahmud’s lawyers reacted with legal threats against the publisher, Bergli Books, but failed in an attempt to stop Amazon from distributing the book.

Tonight, another book will be launched with support from the Bruno Manser Fund, which depicts Malaysia’s role in the international timber business in an unfavourable way. “Rainforest Hero – The Life of Death of Bruno Manser” by Ruedi Suter tells the story of Swiss rainforest advocate Bruno Manser who championed the cause of Sarawak’s indigenous rainforest communities until his mysterious disappearance in 2000. The book will be launched tonight in Petaling Jaya, hosted by Malaysian publisher Gerak Budaya.

The Bruno Manser Fund protests against the Malaysian government’s attempt to stifle dissenting voices who raise legitimate concerns about corruption and the non-respect of indigenous rights in Malaysia.

“We expect the international community to make it clear to the Malaysian government that international conferences must be open to civil society without restrictions”, BMF executive director Lukas Straumann said. “Certainly, we cannot accept that a leading producer country is attempting to ban a discussion on the role of corruption in the tropical timber sector.”

A decision on BMF’s observer status is expected to be taken on Tuesday.