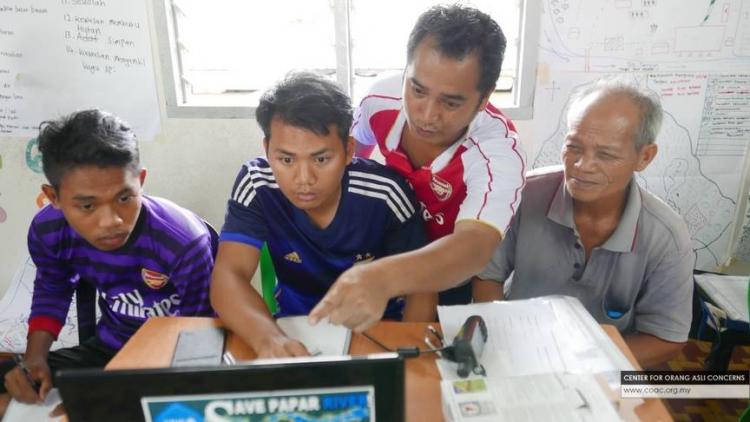 Kota Kinabalu – Jaringan Orang Asal SeMalaysia (JOAS) announced their plans today to map out and consolidate Orang Asal territories in conjunction with the launch of the Global Call to Action on Indigenous and Community Land Rights by the #LandRightsNow campaign.

The worldwide campaign signed on by over 300 organizations aims to double the global area of land legally recognized as owned or controlled by indigenous peoples (Orang Asal) and local communities by 2020.

“Land rights for Orang Asal, is not just an issue of livelihoods, our traditional land is the source of our identity and culture,” explained JOAS Secretary General, Jannie Lasimbang.

“Rather than sitting back and waiting, JOAS has been training community mappers to map out our traditional territories which will later be consolidated into a national database,” she added.

“In an effort to secure our land rights, we have trained community mappers who will go to Orang Asal villages and work with communities to map out the land they’ve used for generations,” she explained.

According to #LandRightsNow, in the last decade alone foreign investments have led to the acquisition of more than 81 million acres of land worldwide – an area the size of Portugal, with unspeakable consequences for many rural and forest dwellers across the world. This is caused by the widespread and enduring lack of clarity and recognition of indigenous and community land and resource rights.

The campaign further stressed that securing and protecting that ownership is not only of great importance for social and economic development, but also for progress on human rights, food security, environmental conservation and confronting and adapting to climate change.

“We call on all organizations and our government, to support the Global Call to Action on Indigenous and Community Land Rights because securing indigenous and community land and resource rights is key in the face of global challenges, such as eradicating hunger and poverty, promoting gender equality and ensuring environmental protection,” stressed JOAS President

Yusri Ahon. Find out more and lend your support to the campaign here: http://landrightsnow.org/