JOAS Press Statement: UPSCALE THE RECOGNITION OF LAND RIGHTS OF INDIGENOUS PEOPLES AS KEY TO FOREST-BASED SOLUTIONS TO CLIMATE CHANGE 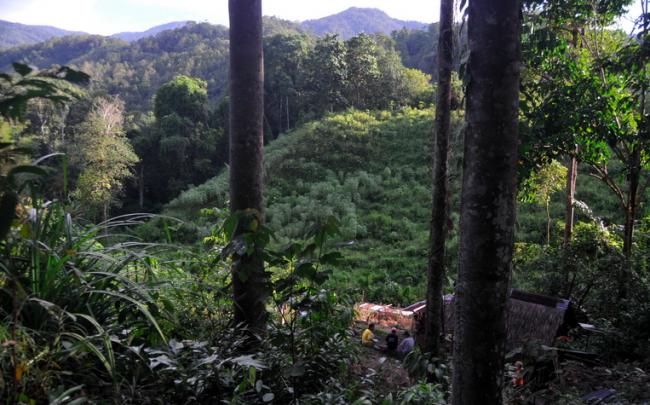 Forest is the lifeline and cultural heritage of more than 100 million indigenous peoples in Asia. According to the World Bank Study “The Role of Indigenous Peoples in Biodiversity Conservation: the Natural but Often Forgotten Partners” traditional indigenous territories encompass up to 22 percent of the world’s land surface and they coincide with areas that hold 80% of the planet’s biodiversity.

This is the result of indigenous peoples’ historical stewardship and practce of low carbon and sustainable management of forests as their territory. However, the legal recognition of indigenous peoples as distinct from the majority of the population, and the entitlement to collective rights to their lands, territories and resources under international human rights standards continue to be denied by many states.

Massive logging, expansion of palm oil plantations and wide-scale mono cropping, conversion of forestlands to commercial and destructive projects such as the development of mega-dams still prevail. These are taking place in spite of the serious problem of global carbon emission (around 20% of the total) arising from the deforestation and forest degradation, which are major causes of climate change.

On the other hand, the traditonal livelihoods of indigenous peoples such as shifting cultivation/rotational agriculture, gathering of non-timber forest products and hunting are being blamed as serious causes of deforestation and forest degradation. Despite the fact that evidence-based studies demonstrate the contrary, 10 countries in Asia have policies prohibiting or phasing out shifting cultivation/rotational agriculture resulting to food insecurity, malnutrition, loss of biodiversity and traditional knowledge, and violations of civil and political rights. Indigenous peoples who are practising their traditional livelihoods relating to forest are arrested, detained and unjustly penalized.

Thomas Jalong, the president of Jaringan Orang Asal SeMalaysia (JOAS), a national network for indigenous peoples in Malaysia, explained that, “Forests are integral to the survival and source of livelihoods and culture of indigenous peoples. They are our identities. On the International Day of Forests, we call upon the recognition of the land rights of indigenous peoples as key to the forest-based solutions to climate change.”

Whereas there are already milestone advances in the legal recogniton of the land and forest rights of indigenous peoples such as in the Philippines, India, Cambodia, Malaysia and Indonesia, the implementation of these progressive laws remains weak, problematic, disputed and challenged, and even enables more land grabbing and/or individualization of collective lands in many cases. The lack of political will of states to fully respect and recognize the customary land rights of indigenous peoples remains a major obstacle in the sustainable management of forests and in ensuring the success of REDD+ (Reducing Emissions from Deforestation and Degradation of developing countries) as climate change mitigation measure.

Although the REDD+ Cancun agreement includes social and environmental safeguards, the formulation of REDD+ national strategies and acton plans by states in many countries does not harmonize with their laws and policies in line with the Cancun REDD+ safeguards including respect for the rights of indigenous peoples as affirmed by the UN Declaration on the Rights of Indigenous Peoples (UNDRIP).

As part of the celebraton of the Internatonal Day of Forest, JOAS and AIPP together with SUARAM call for the Malaysia government to:

• Immediately undertake necessary policy reforms to recognize and protect the land and forest rights of indigenous peoples including the sustainable livelihoods of indigenous peoples such as shifting cultivation/ rotational agriculture, and gathering of non-timber forest products. Use protections contained in Article 161 (a)(5) of the Federal Constitution as the basis to recognize customary land rights.

• Immediately implement in partnership with indigenous peoples and other stakeholders the Committee on World Food Security (CFS) and FAO Voluntary Guidelines on the responsible governance of tenure of land, fisheries and forests in the context of national food security.

• Adhere to terms of procedures laid down in treates, laws, regulations and guidelines such as in certification schemes like the Roundtable on Sustainable Palm Oil (RSPO), the Malaysian Timber Certification Scheme (MTCS), Forest Stewardship Council (FSC), Forest Law Enforcement, Governance and Trade Voluntary Partnership Agreement (VPA-FLEGT), and the Business Council for Sustainability and Responsibility Malaysia (BCSRM).

• Guarantee the implementaton of Free, Prior and Informed Consent (FPIC) on any climate change mitigation acton involving forests such as the REDD+, biofuel plantations and large dams.

• Ensure full and efectve partcipaton of indigenous peoples including indigenous women and youth in the formulation, implementation, monitoring and reporting of any forest-related mitigation programmes and projects at all levels.

• Recognize and promote indigenous peoples’ traditonal knowledge, traditional occupations and food systems including the roles and contributions of indigenous women.

• Adopt all the recommendatons in the SUHAKAM Natonal Inquiry into the Land Rights of the Orang Asal. The Jaringan Orang Asal SeMalaysia (JOAS) is a national organization of 87 local community organizations in Malaysia and has been engaging with the UN system and other bodies for the promotion of the rights of indigenous peoples.

For more informaton, download the following documents produced by AIPP in their websites (www.aippnet.org, www.ccmin.aippnet.org)