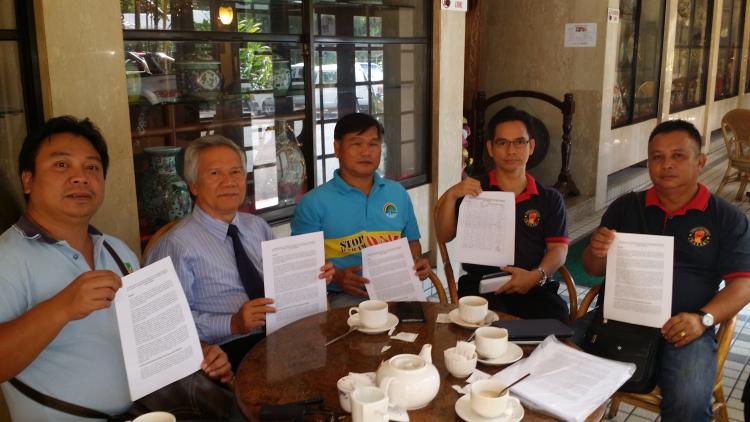 KUCHING – About 500 representatives of the Indigenous Peoples and Civil Society Organisations (CSOs) are gathered in Kuching today to observe Human Rights Day, which falls on 10 December each year and are calling the State and Federal Government to respect and improve the Human Rights situation in the country.

A few events are organise by different CSOs and NGOs today to commemorate Human Rights Day which has been declared by the United Nations General Assembly in 1950, when it adopted the Universal Declaration of Human Rights, whereby it passed resolution 423 (V), inviting all States and interested organisations to observe 10 December as Human Rights Day.

Abun Sui, an indigenous lawyer and the Chairman of GASAK urged the Government to improve the human rights situation in Sarawak and Malaysia as a whole. He said the country is moving backwards in democracy and human rights with the recent introduction of the National Security Council Act.

Abun also stressed the urgent need for the State Government to recognise the indigenous community’s conserve forest areas (pulau galau) and the ancestral territories (pemakai menoa) as native customary lands because most of the court’s decision have accepted this.

Romould Siew, a community activist and Chairman of TAHABAS urged the Government to implement development projects which is inclusive and beneficial for everyone in the state. He said that the current development policies are often used as an excuse to grab indigenous lands on the pretext of improving their livelihood.

Romould also condemns the abuse by the state authorities on Sarawak immigration powers. While he recognise the need for the Federal Government to respect the state’s autonomy, that does not mean that the State Government can arbitrarily bar genuine activists or politicians from entering the state.

Another community and native land rights activist, Nicholas Bawin concurred with Romould on the issue of development being inclusive and beneficial for all. He said that in any development projects, the community affected should be brought in to participate in the planning and decision making process right from the beginning to the end of the project. He continued that the Environmental and Social Impact Assessments should be reviewed from time to time by the public and not only in the initial phase of the project. Currently, there is no review or evaluation of a project once it is completed.

In the morning, a group of indigenous communities led by a representative from SADIA held a rally and marched from the Kuching Court Complex to the State Secretariat at Wisma Bapa Malaysia to submit a petition to the Chief Minister to recognise and respect pulau galau and pemakai menoa as native customary land.

Later in the morning, representatives from Rumah Jambai, Bekelit led by their headman TR Jambai Ak Jali went to the State Legislative Assembly to meet with opposition state assemblymen to highlight their land dispute case as well as the recent act of violence on TR Jambai himself by gangsters of a company.

Later in the evening, TAHABAS will organise a dinner with representatives of indigenous communities from nearly all over the state at Siburan.