SAVE Rivers Press Statement - Baram Dam: Moratorium and Cancellation Are Not the Same 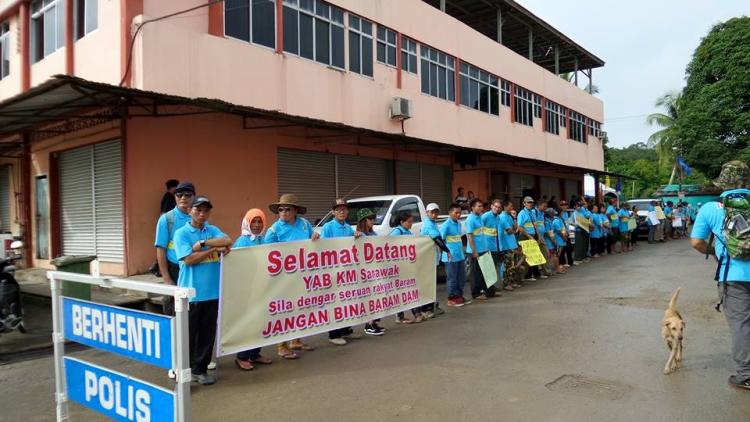 In the article, YB Dennis Ngau made some critical remarks about those whom he claimed as “arguing the state government’s sincerity and continuing to plant seeds of hatred among the people, misleading them with inaccurate information”. But the fact is that so far, there is no assurance from the government that the proposed dam is now cancelled. What actually happen is that in Long Lama on 30th July 2015, the Chief Minister announced that he is “willing to listen” to those who oppose the dam as he is willing to listen to those who are supporting the dam.

The Chief Minister also added that he had not made his decision on the construction of the Baram dam yet. Meanwhile work is on a temporary stop or “halted” or moratorium. Since Dennis mentioned that Chief Minister, Adenan is “a man of his word” and the people should not doubt in what he said, Dennis ought to know that is exactly what those who opposed the Baram dam believe. They believe what they heard Adenan said and not what Dennis is trying to persuade them, saying that the “state government would not proceed with the Baram dam project”, as stated in the article.

Although works by the dam builder, Sarawak Energy Bhd, is on a moratorium, logging is still going on in anticipation of the dam construction. The Baram villagers therefor still maintain two manned camp as monitoring stations to ensure that there is no work for the dam going on and to stop the logging activities. SAVE Rivers have heard from an unofficial source that the Forestry Department gave an order for all Salvage Logging to be stopped. However, the directive from the Forestry Department does not seem to be taken seriously on the ground. Logging is still going on undeterred, if not stopped for the villagers at the manned camp by the Baram villagers.

Commenting on YB Dennis statement, Peter Kallang the Chairman of SAVE Rivers said, “SAVE Rivers strongly advise politicians who are fighting for their political survival not to confuse the people by calling the moratorium on the Baram dam as a complete cancellation of the project.” He added, “The cancellation is only real when it is in black and white and the gazette for the dam site and the reservoir is revoked.”