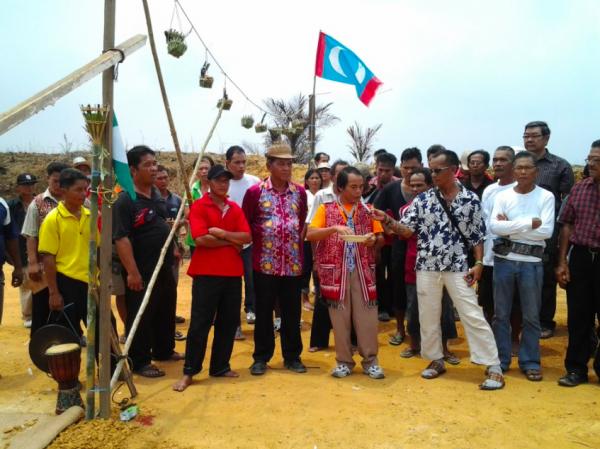 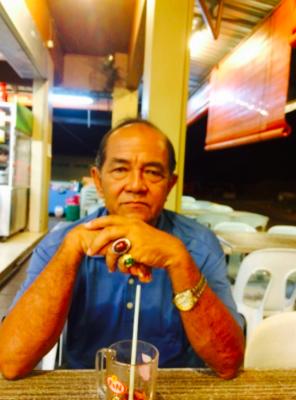 In an exclusive interview with Radio Free Sarawak (RFS), Iban Tuai Rumah Jupiter anak Sergeran from Rumah Jupiter in Suai, Miri revealed that he is being sued by the Ta Ann-linked company Butrasemari Sdn Bhd for an astonishing RM6.7million.

This is what the company are claiming is “loss of earnings”.

Tuai Rumah Jupiter had spearheaded the blockade in 2012 to prevent Butrasemari from illegally clearing native customary rights (NCR) land at the time, including safeguarding precious forests which include the protected wild gaharu species which grows there.

Speaking to RFS, Tuai Rumah Jupiter expressed shock that the company were going after him as it was Butrasemari that had destroyed their once lucrative forests.

‘I should be the one who should sue the company for the loss of my income from the jungle, my gaharu, wild boar, deer.  Wild boar is RM20 per kilo. The beautiful birds are all gone.’ – he told Radio Free Sarawak

Legal threats come after the Sarawak Government were ordered by the courts in 2013 to return 3,475 hectares of NCR land in Suai to the nearby Iban community of Rumah Meringai in Sungai Lembong as the issue of provisional leases for the land was deemed “unlawful, improper and unconstitutional”. 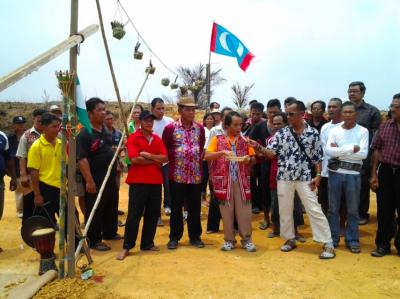 Radio Free Sarawak reporter Peter John interviewed the community back in 2012 when they set up a blockade against Butrasemari.

At the time, NCR Lawyer Baru Bian who represented the community called on the Attorney-General (AG) and the State Government not to appeal the court decision which ruled that “territorial domain” and “forest reserve” are considered part of NCR land.

The court decision had been considered a victory for the Iban community at the time, but this latest bullying tactic threatens to undo that very ruling.

‘We won the land case already in the High Court.  Now, they purposely want to scare me by suing me.  They want to make me bankrupt’ he told RFS. 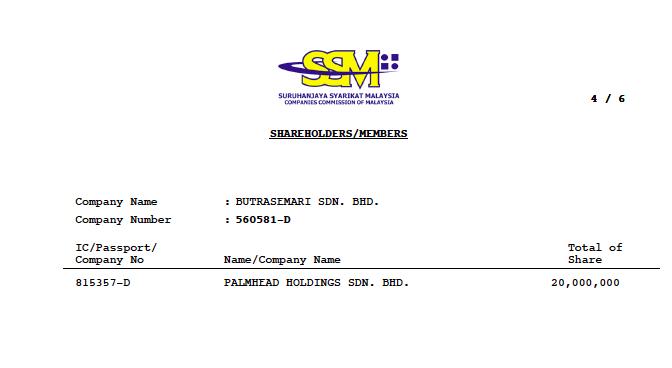 Sarawak Report can reveal that Butrasemari Sdn Bhd is majority owned by Palmhead Holdings, a company which is owned by none other than the key players of Ta Ann Group. As regular readers of Sarawak Report will know, Ta Ann have a track record of rainforest destruction and human rights violations in Sarawak.

The shareholding structure is equally as revealing. Hamed Sepawi, Kuintan Sepawi, Ting Lina @ Ding Lina and Alli @ Ali Mat bin Hj Dollah all have their own direct shares as well as through further shell companies. 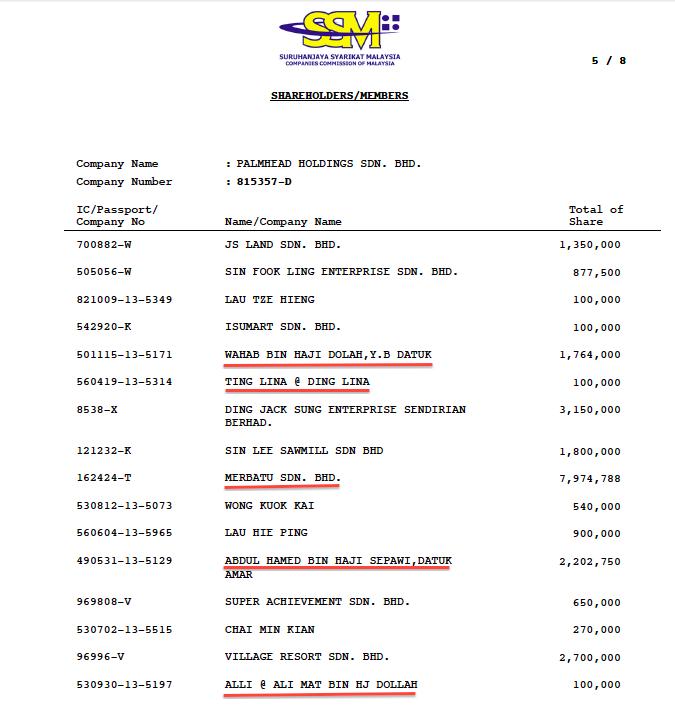 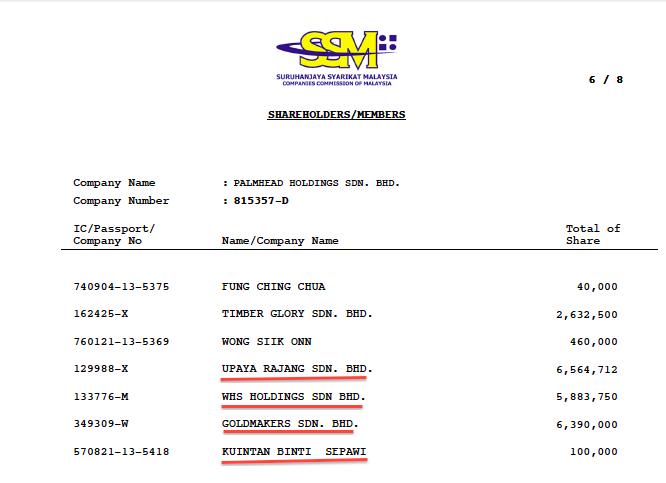 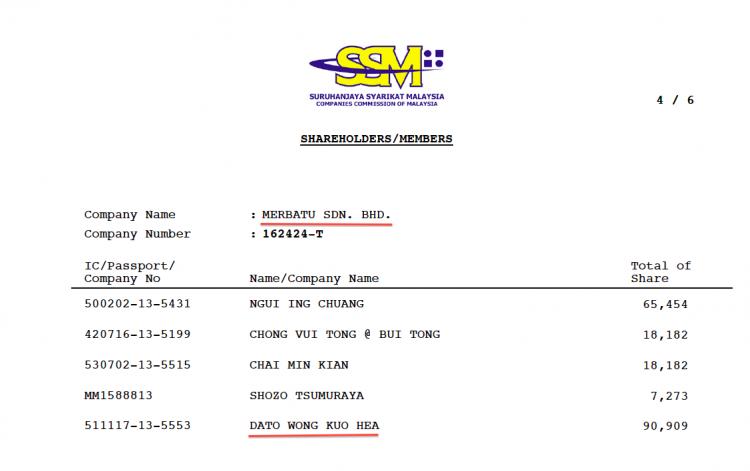 Ta Ann’s Ting Lina @ Ding Lina is Director of Upaya Rajang and has shares via Ding Jack Sung Enterprise Sdn Bhd. Datuk Sri Ding Jack Sung was one of the founders of Ta Ann and his relatives also have major shares in Palmhead Holdings. 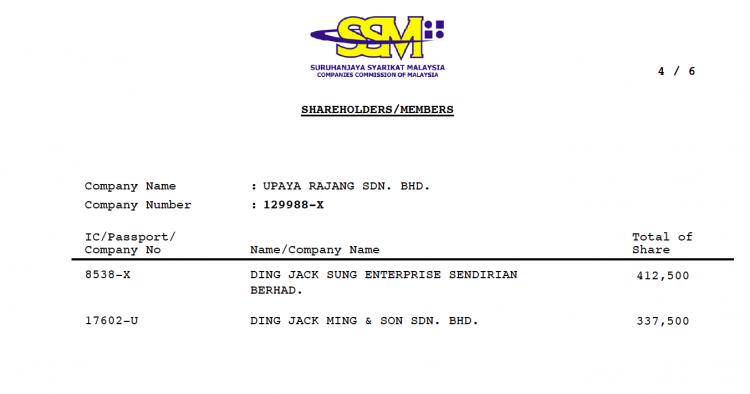 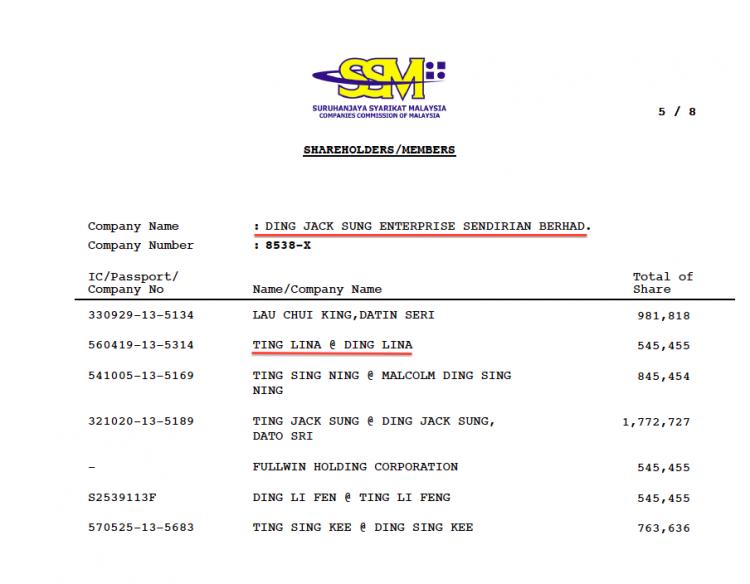 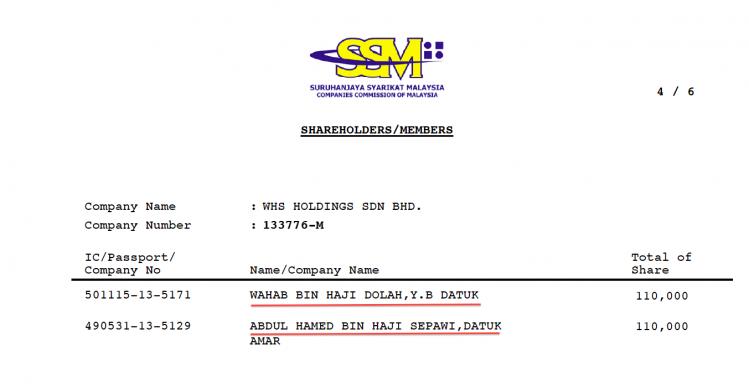 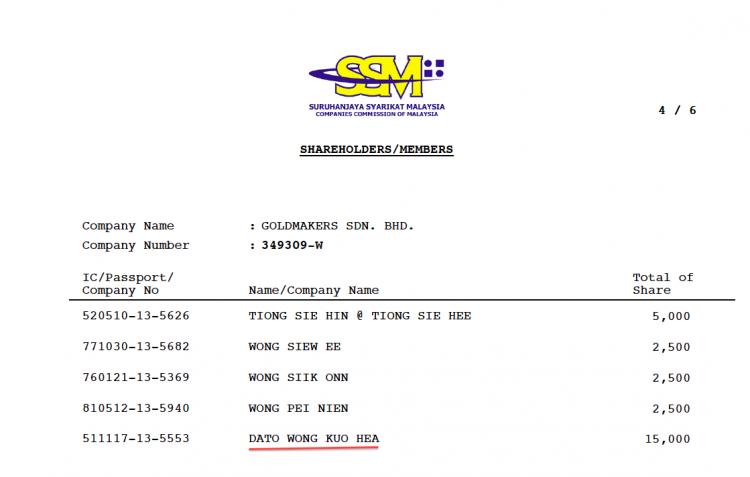 Ta Ann pride themselves on “sustainable development..for the benefits of stakeholders and the community at large” But when companies linked to Ta Ann are driving through aggressive resource exploitation at the expense of indigenous communities can they really claim to be so sustainable?

This is just the latest controversial move by Ta Ann who have come under fire by local indigenous groups as well as global environmental groups such as those in Tasmania who have been actively protesting the destruction of their own native forests against Ta Ann.

Sarawak’s Chief Minister Adenan Satem recently boasted that he would put the “fear of god” into dishonest people within the timber sector. But putting words into action is another matter when Taib Mahmud’s own relative and cronies are so deeply involved.