New Outrage – Taking Care of My Son By Robbing My People! 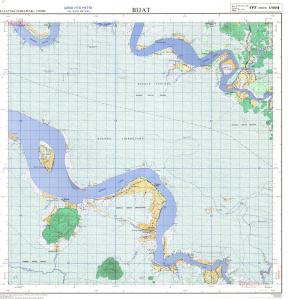 Another chunk of Sarawak handed to the Taibs?

Sarawak Report has uncovered an explosive situation in Sri Aman, where we can reveal that the Chief Minister is in the very process of trying to sell off land which he gave free to his son, for a multi-million ringgit profit.

The 22,000 acres in question (8,800 hectares) is in Bijat Land District, Sungai Tisak.  It is established Native Customary Rights Land belonging to Ibans, according to Sadia the Iban rights group.  They say at least 15 communities will be affected by the acquisition of the land for oil palm plantation, however no warning has been given to these communities and no offer of compensation has been made.

Is this what the State Government means by “more aggressive conversion”

Local Iban people, who say that loggers moved into their area unannounced 4 months ago, have only just discovered the situation that is unfolding and they have reacted in fury.  No one has informed them who the loggers are and they did not know about the involvement of Taib’s son in plans to convert their area to oil palm!

One resident, who contacted Sarawak Report exclaimed “Imagine they are going to make millions of ringgit and the Dayak suffer!”.

The development comes just days after Minister James Masing on behalf of the State Government informed journalists that BN is planning a “more aggressive conversion” of Native Customary Rights Lands in Sarawak to oil palm plantation.  This, despite international condemnation of the destruction of the environment and the illegal abuse of the human rights of the Dayak.  If they win the next election BN plan to DOUBLE the area of oil palm to 2 million hectares by 2020. 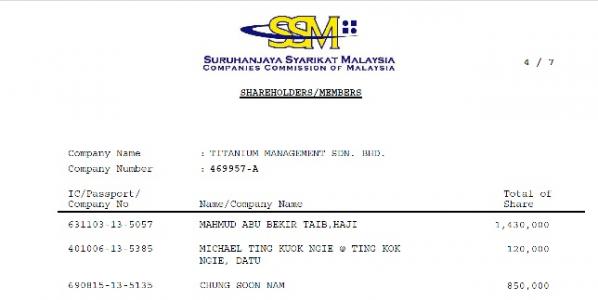 It is clear who is going to make the money from this land deal and so-called ‘development’.  It is not for nothing that the local people have been kept in the dark about the whole plan that was hatched in the Land Survey Department, which Taib Mahmud controls as Minister of Planning and Resource Management.

As long ago as December 2008 the land was officially handed to Titanium Management Sdn Bhd, a company that is mostly owned by his son and a well-known business crony of his, Chris Chung.  Titanium Management  has been involved in a number of high-profile scandals over its receipt of state contracts in recent years, for which there seemed no qualification beyond the son’s relationship to the father.  This large area of valuable land was given to Taib’s son in returned for an unspecified “payment in kind”!  Such ‘payments in kind’ are a favourite method of doing business between the Sarawak government (run by Taib) and his own family members and it means that no payment has been properly identified.  Effectively this NCR land belonging to the Ibans was given for free and without compensation, unless the Taibs can come up with a convincing explanation! 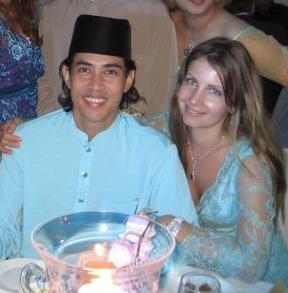 Titanium’s Manager, the above mentioned Mr Chris Chung, is now known to be attempting to hawk the land to the Malaysian Government body FELCRA.  Sarawak Report would like to ask if this is what is meant by ‘applying for Federal Government assistance to develop land in Sarawak’ that BN’s James Masing also referred to in his announcement?  In which case all the Federal money will go to Taib’s son and his crony alone.

Chung is believed to be asking FECRA for at least RM 3,200 per acre, but is trying to secure RM 4,200 per acre.  This would make a windfall profit to Titanium Management’s shareholders of between RM 70 million and RM 93 million!  All for land they were handed for free by Daddy!

This may be a case of ‘Kind Papa’ looking after his kids, but it is also a case of a cruel, ruthless and greedy despot grabbing land from his people to hand to his own already wealthy family.  Taib said recently “I have more money than I can ever spend, so I leave it to my children to look after”.  Why must he then continue to rob his people?

The pattern of activity here, right by the town of Sri Aman, has been repeated countless times all over Sarawak.  Nicholas Mujah from Sadia, when notified of this particular case by Sarawak Report confirmed that to take Native Customary Land in this way without notification is an abuse of the law.

Indeed it is only later this morning (Thursday) that 16 Headmen are due to meet officials at the District Land Office, after being summoned just two days ago by letter.  The Headmen were given no inkling in their letter of what they have been summoned for but they suspect that it relates to this removal of their land.  If so the notification has come more than two years AFTER the deed has officially taken place!

On the other hand, our information suggests that Taib’s son has yet to succeed in closing his deal with FELCRA, most likely because he and his business partner have been too greedy in the price they are asking.  If this is the case there may still be a chance for the Ibans to frustrate what has clearly been an illegal transaction!

In similar deals, Taib’s family have been very quick to sell on their shares and take their profits along with some shares in the subsequent plantation business.  On this occasion, faced with such exposure, the buyers may feel wary of proceeding.

Likelihood of a bitter battle ahead 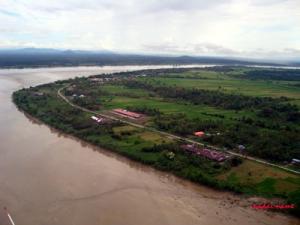 Soon to be taken for another oil palm plantation

Certainly, there is every sign that the Ibans of Sri Aman will not take this land grab lying down.  Community leaders indicated, on discovering the situation today on Radio Free Sarawak, that they will fight the development.  The offices of the opposition PKR leader, the human rights lawyer Baru Bian, is already handling similar land rights cases in the Sri Aman area and this one is likely to join 200 which they are now representing through the courts.   Recently decisions have been going against the Chief Minister and his Government in the wake of a key ruling in the Federal Courts that recognised the land rights of the people.

Caught red-handed and in the middle of his sneaky transaction to enrich his family, this will be a particularly difficult and embarrassing situation for the Chief Minister to attempt to argue his way out of.  But the likelihood is that he will as usual react by saying nothing at all!