International Condemnation Of Malaysia's Intimidation Of Its Own Students! 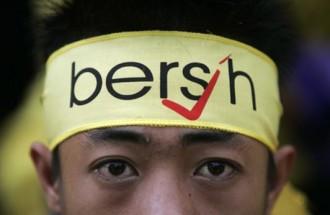 Sarawak Report has obtained copies of a highly intimidating email that has been sent out by an official from Malaysia’s Education Department in Washington to all Malaysian students receiving grants in the United States.

Written in dire language, the email blatantly threatens students that if they are “so rash” as to take part in tomorrow’s Bersih rallies calling for Free and Fair Elections they risk “very serious peril” and could be stripped of their scholarships.

The email mirrors numerous verbal threats that are reported to have been issued over past days to students in several countries including the UK.

Many are now resorting to buying masks, so that they can take part in the peaceful demonstrations without being identified by the dozens of Malaysian Special Branch Officers, who are expected to be monitoring and photographing the rally.  Others will undoubtedly be fearful of taking part.

The tactic, which attacks fundamental civil liberties in the students’ host countries, has provoked outrage amongst academics and politicians in both Britain and America. Today, Tom Greatrex MP, a Member of the All-Party Parliamentary Group on Malaysia, said: 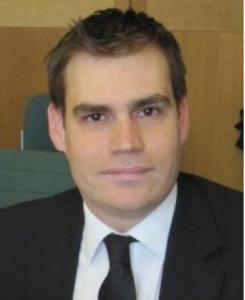 “This apparent attempt to threaten and intimidate students is as unacceptable as it is blatant.

The right to peaceful protest is fundamental to any democracy, as are free and fair elections, and they should not be subverted with threats and intimidation.

William Hague should be making urgent representations to the Malaysian government to ensure any such intimidation of students ceases.”

Criminal intimidation in the ‘Land of the Free’!

The harshly-worded email, addressed to all JPA Scholars nationwide, was sent on Thursday 26th April by one Mohd Nazrol Marzuke, an education and training advisor from the Public Service Department at the Malaysian Embassy. 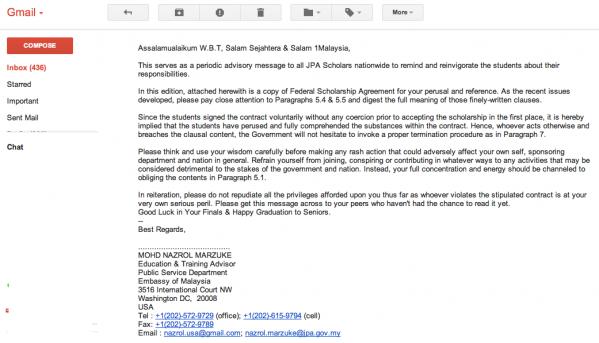 Threats by email - from the Malaysian Embassy to you!

Timed two days before the Bersih rally, Marzuke explains that it is an “advisory message”  to “remind and reinvigorate the students about their responsibilities”. However, there is no mention of their rights to freedom of expression, guaranteed by the Constitution of their host country, the United States.

The official warning attaches a copy of the Federal Scholarship Agreement for the recipients’ “perusal and attention” and in the light of what is referred to as “recent issues developed” requires that recipients “pay particular attention” to the Paragraphs 5.4 and 5.5 of the conditions under which their education fees have been granted.

“Please pay close attention to Paragraphs 5.4 & 5.5 and digest the full meaning of those finely-written clauses”.

He goes on to explain that these clauses ban students from becoming associated in “any ways to any activities that may be considered detrimental to the stakes of the government and nation”.

And it turns out that the judge of this vague and sweeping definition of “activities that may be considered detrimental” is none other than “The Government” itself!  Who within the “Government” is not specified.  Yet, the imprecise and arbitrary wording of the conduct code plainly leaves students vulnerable to the political whim of the ruling BN party.   As the email puts it:

“Whoever acts otherwise and breaches the clausal content, the Government will not hesitate to invoke a proper termination procedure as in Paragraph 7″ 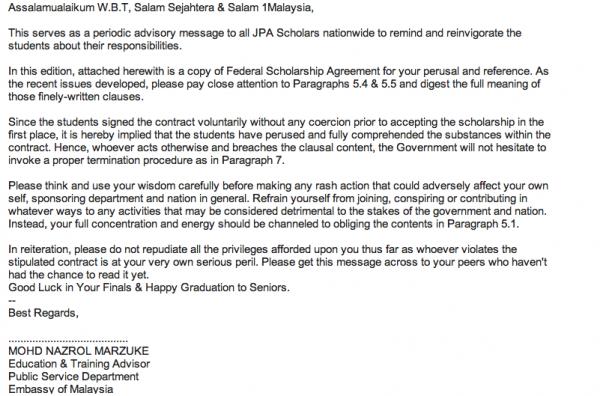 The official warning attempts to end on a cheerful note, as Marzuke wishes his contacts good luck in their finals.  However, nothing can mitigate the extraordinary choice of language that he has used throughout to reenforce his message of intimidation.

Warnings of “very own serious peril” and “rash action that could adversely affect your own self” can only be described as naked threats couched in the most extreme language against the right of any student to peacefully express their views. 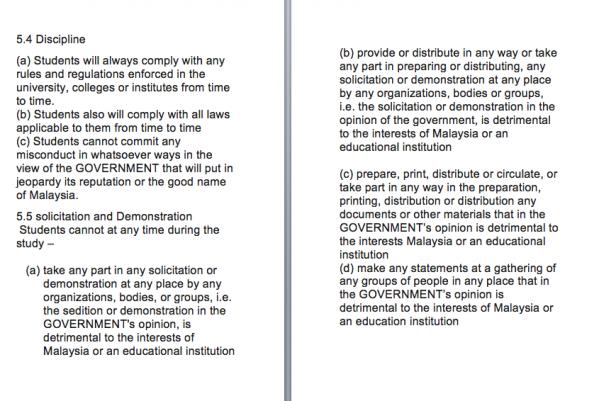 By "Government" we mean the ruling political party, BN! - these are the clauses in the Student Contract that BN are trying to use to prevent students calling for greater democracy in Malaysia

Today the London arm of Malaysia’s Human Rights group Suaram made its own statement deploring the intimidation of students and other demonstrators:

“SUARAM wants the police and the government to stop all the harassment to stop the people from practicing their fundamental liberties. SUARAM urges the government to look into the demands of the Bersih 2.0 instead of clamping down on their freedom of expression and assembly.  If the Prime Minister Najib is sincere in listening to the people and practicing the slogan “People First”, then he should not curb people’s rights and freedoms.

We call on the government, as a member of the United Nations Human Rights Council, to end the intimidation and threats immediately and to adopt the core principles of human rights in all laws and policies.[Suaram statement]

Meanwhile, the organiser of Bersih 3, Ambiga Sreenevasan, who was recently designated as a Woman of Courage by US Secretary of State, Hilary Clinton, sent out her personal message of thanks for the solidarity shown by Malaysians supporting her rally internationally. 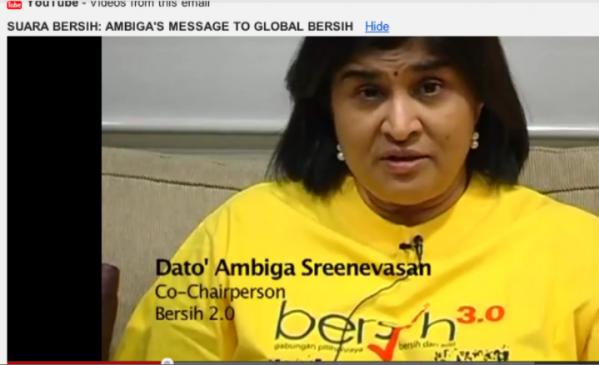 It is believed that over 70 sympathy rallies will be held in cities across the world – rallies that BN are doing their best to prevent through abuses of power, such as these threats to students. [Ambiga’s video message]

Legal experts are suggesting meanwhile that the Malaysian Embassy my have overstepped its diplomatic status in its host country by what may be judged as criminal intimidation against residents of that country seeking to exercise their civil rights.

Statements from various universities in the states whose students have been affected by the email are expected to be produced shortly.