What Tiong Gets For His RM1,000 per Vote 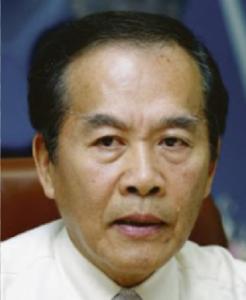 Paying out RM1,000 per vote, but looking for a greater return out of his constituents – Tiong Thai King

Taib once famously urged that it was important to keep the people of Sarawak poor, so that they would be grateful for small sums.

This is particularly important to BN at election time, because it means they can continue their corrupt practice of buying votes for a few ringgit and then use the power this gives to suck the rich state dry from under the feet of its inhabitants.

Tiong Thai King, the politician brother of timber tycoon Tiong Hiew King, is up to the practice already at this election, according to numerous reports.

He has been swaggering round his constituents in Lanang handing them 300 ringgit each and promising to pay them the remaining RM700, to make a full thousand ringgit, once he has proof they voted for him.

This is of course criminal.

It is also a great deal more money than Tiong has bothered to offer on previous occasions – votes at the last federal election were being bought for RM10, so this is a hundred times as much.

However, this is not a sign of a sudden new spirit of generosity by the billionaire Chinese tycoon, but rather a signal that he is terrified of losing!

Even though Tiong is offering voters more than many of them earn in a month, these voters need to realise how little this money is, compared to the amount the tycoon plans to take back from them once he has won (remember the story of Rosebay Enterprises, full expose in Sarawak Report 29/2/2012, repeated below).

BN towkays like Tiong regard vote-buying as an investment, which they intend to make back many times over by robbing the resources of their state and taking public money that should instead have been spent on higher wages, better schools, homes and hospitals.

Tiong’s majority of 4,864 in Lanang at the last election would cost him at current prices around RM 5million.

But this is nothing compared to the BILLIONS that he and his family have made from Sarawak in the form of timber concessions, plantation concessions, contracts and of course now Taib has granted them Sarawak’s first onshore OIL WELL licence as well! 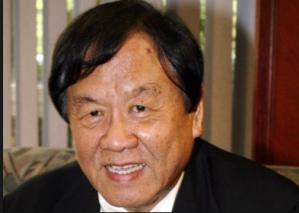 Tymber tycoon behind the destruction of Sarawak’s forests. Tiong Hiew King is Thai’s brother and he wants to keep his influence by holding a seat in BN.

The main Tiong family firm is of course the famous Rimbunan Hijau, which started by destroying Sarawak’s jungle.

But, it is now one of the world’s largest logging companies, causing misery and havoc through its notorious and illegal practices in numerous countries, including Indonesia, Papua New Guinea and the Soloman Islands.

Rimbunan Hijau’s subsidiaries, like Jaya Tiasa and Sibur Taisa, have swallowed up huge tracts of land in Sarawak, destroying areas of forest and putting in oil palm with devastating consequences for the local people, who have received nothing out of this so-called “development”.

It is notable that many of Rimbunan’s acquisitions wer bought from Taib’s own family members who were handed the land cheap by Taib’s Ministry for Resource Planning and then sold it on to the Tiongs for a nice fat profit of several million. 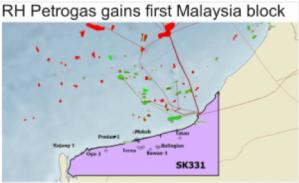 Multi-million ringgit oil concession given to Rimbunan Hijau in Sarawak – it will be the state’s coal reserves next….

The Tiongs willingness to do such corrupt deals clearly made them a key crony of Taibs.

This was clearly the reason why Rimbuanan Hijau has been offered the first concession of a Sarawak land based oil well in very many years.  Behind that concession was of course Taib Mahmud.

All these hand outs have been worth billions to Tiong’s family, so it is important to them to keep their hands on the Layang seat and to keep their influence with Taib.

In politicsTiong Thai King provides Taib with ‘loyal support’ and, of course, election money in order to make sure his family businesses are in a good position to be offered even more benefits. 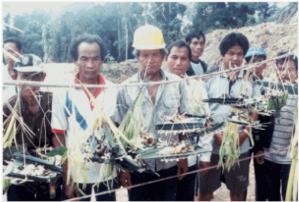 However, Tiong Thai King has been even more exploitative of his people that this.

He has been making money out of land grabs, snatching the native customary lands of the very constituents he is hoping will vote for him this time!

We urge constituents to remember the story of Rosebay Enterprises, which we exposed just last year.

Ten longhouses from Sungai Pelugau had gone to Tiong, as their own MP, to ask for his help against a terrible company that was stripping their land with ruthless disregard for their native customary rights.

They were dismayed to find their MP was unwilling to help them.

When the villagers protested against the logging, a number of them were arrested and threatened by police. Their MP Tiong Thai King did nothing to support them.

With no support from their MP the villagers were eventually forced to take the matter to court, which they did thanks to help from opposition PR human rights lawyers.

It was only then that they discovered that the owner of Rosebay Enterprises, the company, which had been stripping their lands and destroying their livelihoods, was none other than Tiong Thai King himself!

Sarawak Report has researched the ownership of Rosebay Enterprises, which is Directed by Tiong Thai King himself and Tiong Chiong Hee, who lives at the same address: 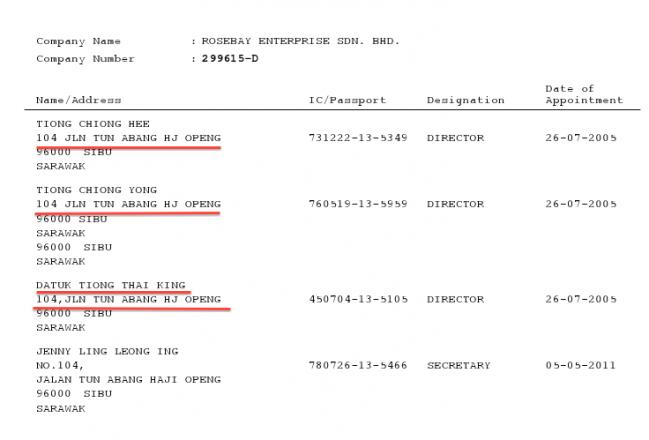 Family affair – Tiong and his family are the Directors of Rosebay Enterprises, which has been grabbing NCR land from the poor people in his own constituency 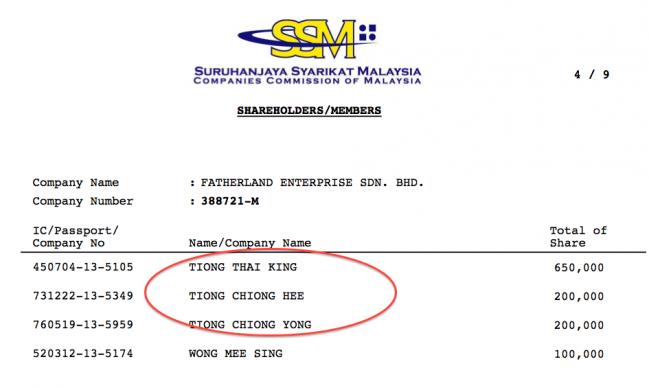 Fatherland Sdn Bhd belongs to Tiong’s family, but in fact the land he took is the fatherland of the natives of Sungai Pelagau, not him.

The local people of Sungai Pelagau had never been told that Taib had slipped their native homelands into the possession of their local MP.

This whole transaction is typical of how resources have been managed in Sarawak under Taib and BN.  But as Malaysia’s Suhakam Human Rights Commission Report published just yesterday by this site has made clear, such tactics are illegal and a violation by Tiong Thai King of the human rights of his own constituents. 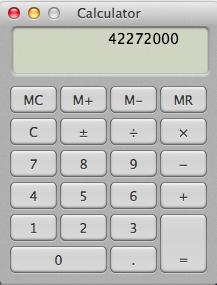 At RM4,000 an acre the 4,277 hectares taken by Tiong Thai King from his unsuspecting constituents was worth a cool RM42million plus. It makes RM1,000 look a cheap bribe for their votes!

So, how much was this land that Tiong took from his people worth?  Taib’s cousins have been asking RM4,000 an acre for similar NCR land they took, which would make the land in the hands of Rosebay Enterprises worth a cool RM42,272,000 ( RM42 million).

This makes the RM1,000 that Tiong is prepared to offer voters to keep his seat seem like a very small sum of money.  He in fact owes these people thousands of times as much for stealing their land!

This is why the court found in favour of the people of Sungai Pelagau and against Tiong.  Yet, the way Sarawak is currently managed it is clear that this does not mean the villagers will get their money back or get fair compensation for the destruction of their livelihoods.

Voters in Lanang should therefore feel no guilt whatsoever in taking as much money as Tiong feels he wants to pass their way, because he in fact owes them far more than that.

But, they should think very carefully about whether to vote for him in the end. If BN gets back into power they can be sure that people like Tiong will hang on to their lands and never return them or give them proper compensation.  People should think beyond their poverty and vote for their fatherlands and their children.

Only a change in government and the removal of Taib Mahmud can ensure a land commission that will return these territories to their rightful owners.